Jermain Defoe ‘is LEAVING Rangers’, months after stepping up to be a player-coach, after seeing his mentor Steven Gerrard leave and Giovanni van Bronckhorst hire his own backroom team

The 39-year-old striker has been at Ibrox since January 2019 and signed a one-year contract extension last summer which included a provision for him to join the club’s coaching staff.

Accordingly, Defoe has made only two Scottish Premiership appearances so far this season, both as a late substitute and amounting to only a few minutes of action.

Jermain Defoe is reportedly set to leave Rangers, where he has a player-coach role 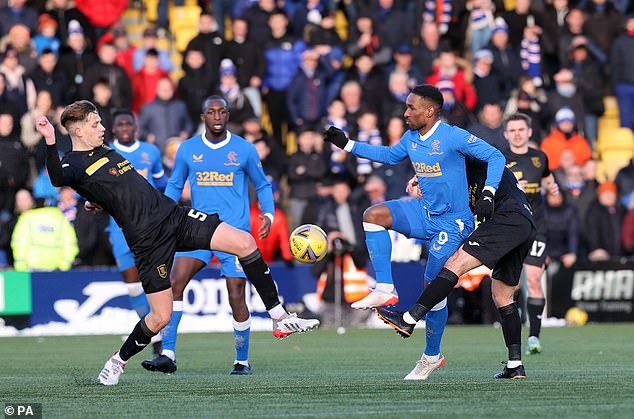 The Athletic report that Defoe, who was part of the four-man coaching team placed in caretaker charge when Gerrard left for Villa in mid-November, is on the verge of leaving the club.

Giovanni van Bronckhorst has since been appointed as Gerrard’s successor and he brought in Dave Vos, Roy Makaay and Arno Phillips to bolster the existing coaching set-up.

Rangers will also strengthen their attacking options when Cedric Itten is recalled from his loan at Bundesliga club Greuther Furth this month but his return is unrelated to Defoe’s departure.

Defoe, who scored 20 goals in 57 appearances for England between 2004 and 2017, was a Bournemouth player when he was initially loaned to Rangers in 2019. 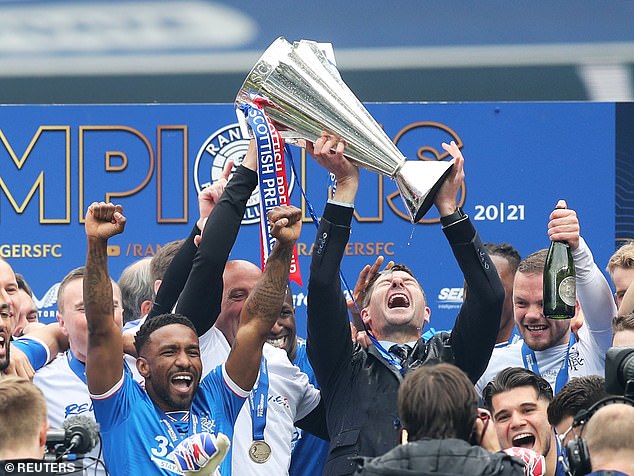 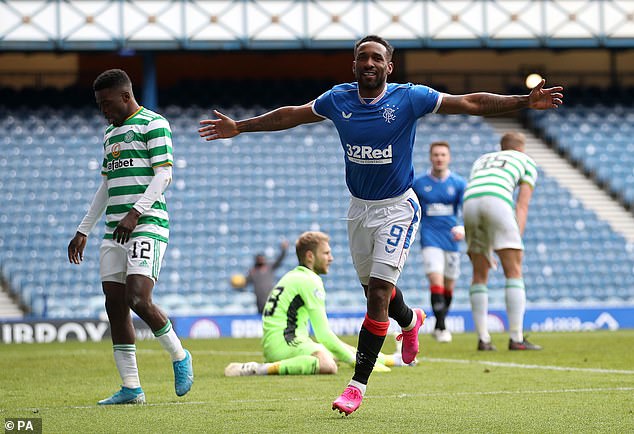 That move was made permanent when his Bournemouth contract expired in June 2020 with Defoe scoring 32 goals in 74 games for the club in total.

He helped them win a first Premiership title in a decade last season, netting four goals in 15 league outings.

Van Bronckhorst has Rangers on course to defend their Premiership title as they sit six points clear of Old Firm rivals Celtic ahead of the post-winter break resumption next week.

They face Stirling Albion in the fourth round of the Scottish Cup later this month and have a mouth-watering tie with Borussia Dortmund in the first knockout round of the UEFA Europa League next month.