Jeremy Clarkson posed for pictures with some very glamorous friends when  he attended the glitzy, star-studded Eternity Charity Fundraiser in London on Thursday.

The Grand Tour Host, 62, was snapped with actress Annabel Brooks – the sister of horse trainer Charlie Brooks and her daughter Lara Dearden.

He sported a smart slim fit black suit with notch lapels, paired with a crisp white button up.

Posing: Jeremy Clarkson, 62, posed around with pals as he attended the glitzy, star-studded Eternity Charity Fundraiser in London on Thursday (pictured with Lara Dearden)

Jeremy donned some simple smart dark shoes and could also be seen wearing a beaded white bracelet as he posed with Annabel, whose sister-in-law is journalist Rebekah Brooks.

Annabel, who is married to director James Dearden, 72, posed in a scarlet floor-length gown with pleated front detailing, with her dark brown hair up in an updo. 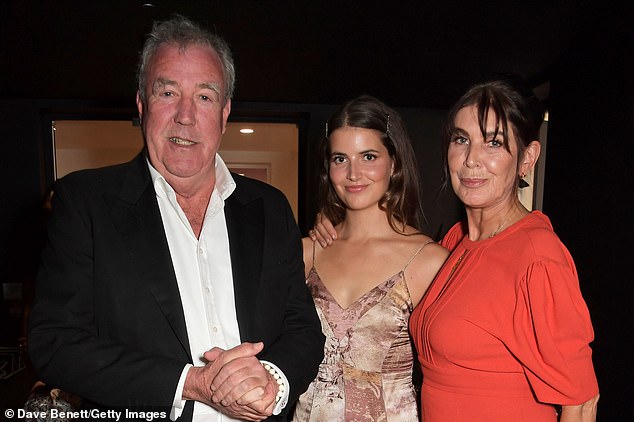 Friends: The Grand Tour Host was snapped with actress Annabel Brooks – the sister of horse trainer Charlie Brooks – and her daughter Lara Dearden

Lara’s chestnut curls were down in relaxed waves and pinned back with glistening hairclips.

Her make-up showed off dewy skin and glossy rose lips as she posed between her mother and the famous presenter at the celeb-attended gathering.

The fundraiser was hosted by Lola Bute in support of Action On Addiction. 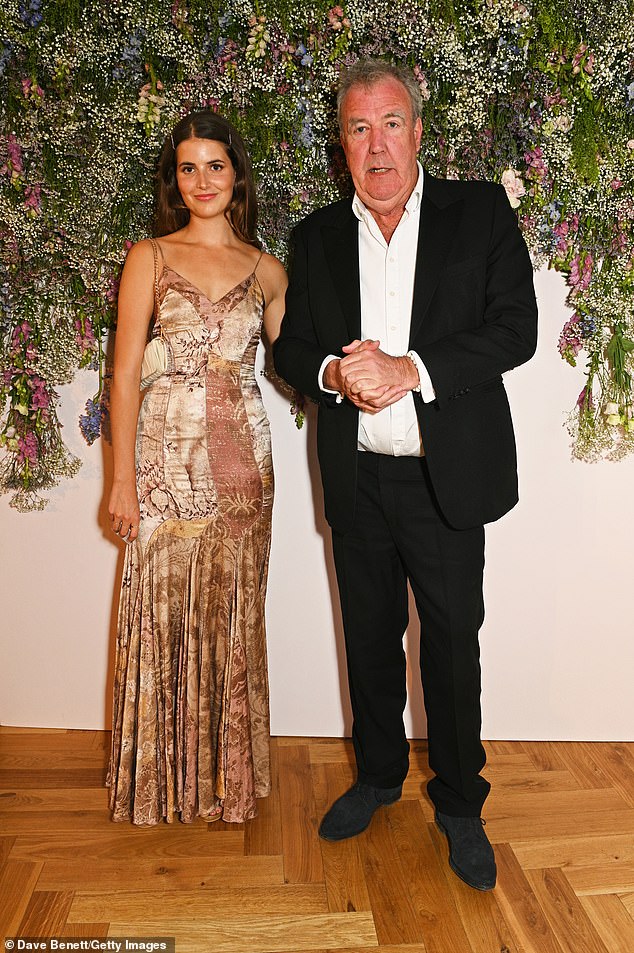 Jeremy’s attendance comes as he was last month left raging after testing positive for Covid-19 for the second time in two years.

The Top Gear presenter took to his Instagram account to confirm the news after fearing he would ‘die alone’ after contracting the illness over the Christmas period in 2020.

Sharing the snap of a positive antigen test to his 4.6 million followers, the star simply wrote: ‘B*****s’.

Jeremy wrote about his health scare in an article for The Sunday Times in January 2021, sharing that he began to feel unwell four days before Christmas. 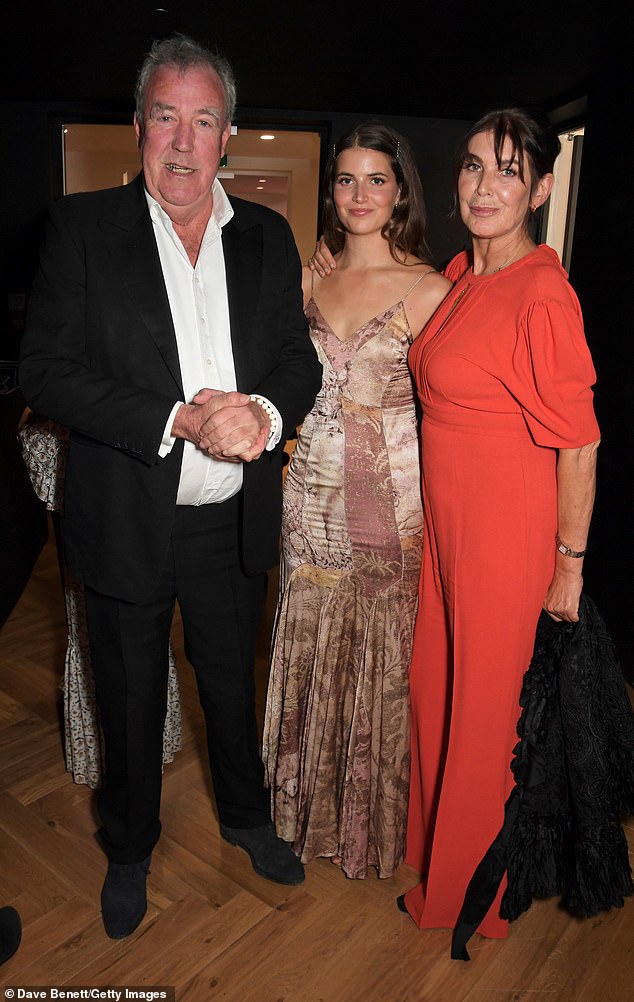 Say cheese! Annabel, who is married to director James Dearden, 72, posed in a scarlet floor-length gown with pleated front detailing, with her dark brown hair up in an updo

He said that after Googling his symptoms, he eventually got tested for coronavirus where it came back positive.

‘The doctor was very clear,’ the presenter recalled in his column. ‘I’d feel under the weather for between five and 14 days and then I’d either get better or I’d have to go to hospital.

‘Where, because I am 60 and fat, and because I’ve smoked half a million cigarettes and had double pneumonia, I’d probably die, on my own, in a lonely plastic tent.’

Detailing what happened, Jeremy explained he woke up drenched in sweat, suffered a persistent dry cough and went into isolation.

After batting off questions from friends about who could have given him the virus, he explained that he took himself off to bed with ‘the new Don Winslow book and a bag of kale’ and waited ‘for the Grim Reaper to pop his head round the door’.

The TV legend went on to explain that he was isolating in a small cottage with his girlfriend Lisa Hogan, 46, and her children, and felt unclear about who he was allowed to have any contact with, adding: ‘I’m not going to lie — it was quite scary!’

He went on: ‘With every illness I’ve had, there has always been a sense that medicine and time would eventually ride to the rescue, but with COVID-19 you have to lie there, on your own, knowing that medicine is not on its way and that time is your worst enemy. 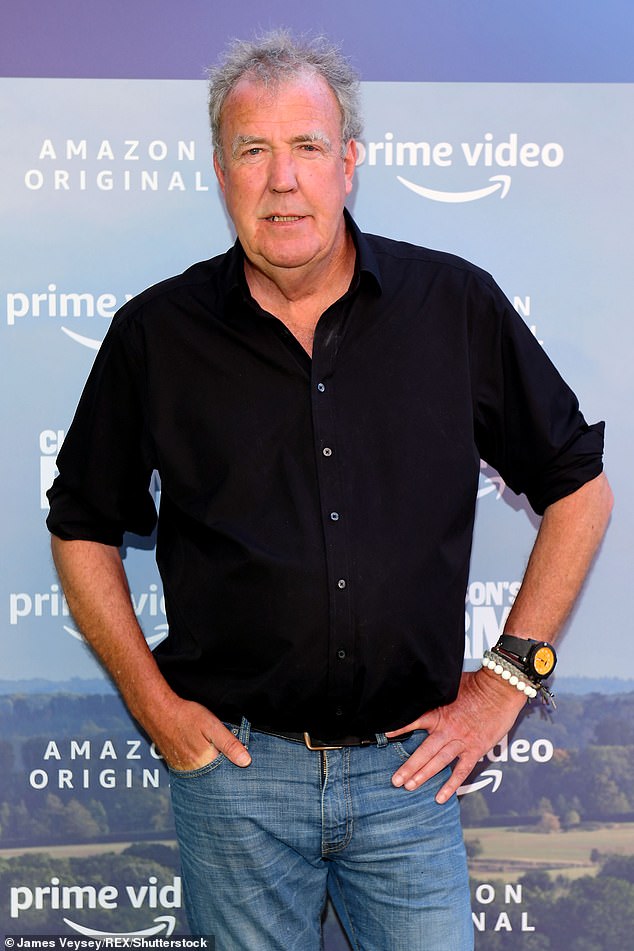 Oh no! Jeremy Clarkson was left raging last month after revealing that he tested positive for Covid-19 for the second time in two years , (pictured in June)