Alex Trebek, the former CBC broadcaster who ended up hosting the popular U.S. quiz show Jeopardy! for more than three decades, has died at age 80, the show announced on Sunday.

In March 2019, Trebek announced in a video message that he had been diagnosed with Stage 4 pancreatic cancer, vowing to “beat the low survival rate statistics for this disease.”

Trebek’s run on Jeopardy! began on Sept. 10, 1984. The show became a hit with viewers and critics alike, winning six consecutive Daytime Emmys for Outstanding Game Show in the 1990s.

The Emmys has honoured the show with 16 awards overall, and Trebek won the Emmy for outstanding game show host six times.

Jeopardy! is saddened to share that Alex Trebek passed away peacefully at home early this morning, surrounded by family and friends. Thank you, Alex. <a href=”https://t.co/Yk2a90CHIM”>pic.twitter.com/Yk2a90CHIM</a>

George Alexander Trebek was born in Sudbury, Ont., on July 22, 1940, the oldest of two children to a Ukraine emigré and his French-Canadian wife.

Trebek remembered his father, George, as a man who didn’t let his lack of formal education and broken English hold him back, and said they had a close relationship.

His mother, Lucille, said that as a child, Trebek “kept very much to himself. He’d sit on the steps and watch the other children play.”

Trebek was considered bright, but admitted he sometimes cut class as a teen. He graduated from the University of Ottawa with a philosophy degree in 1961, but by then he was already a year into his ultimate career path.

He had been accepted as a relief announcer at the CBC, reporting for work at the broadcaster’s radio studios in Ottawa’s Chateau Laurier Hotel. His national profile was soon elevated as host of the TV show Music Hop, CBC’s contribution to a burgeoning genre aimed at teens.

In a 1963 review of Music Hop, a critic at the Ottawa Citizen opined that the cardigan-clad Trebek “seems able to keep things swinging but his natural presence comes through so any parent watching could come away feeling the future of the world isn’t that bleak after all.”

Trebek told CBC’s Rosemary Barton several weeks into treatment last year that he had been heartened by the well wishes from fans and viewers. Maintaining a positive attitude was the only option, he said.

WATCH | Trebek discusses his cancer on The National: 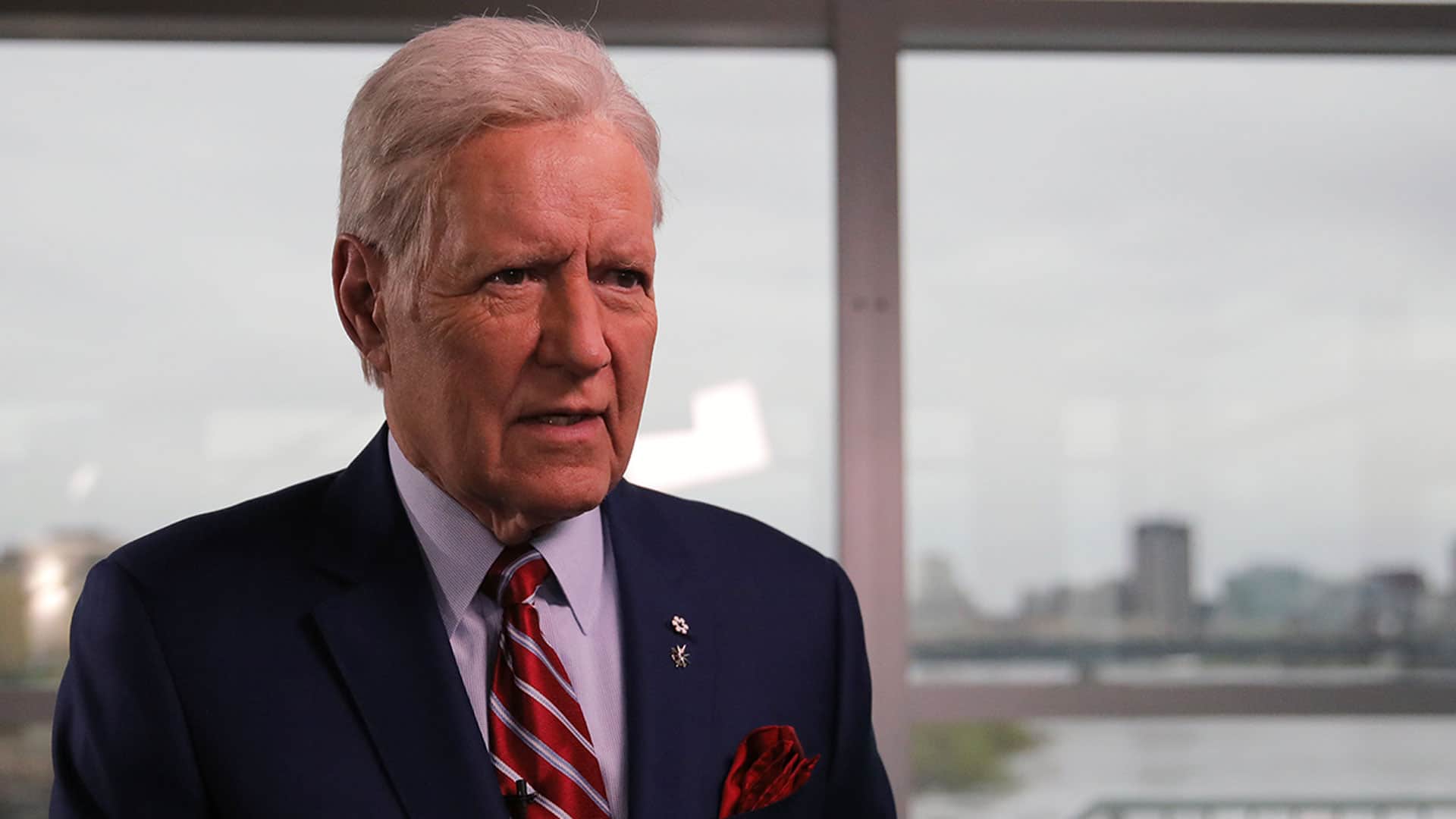 Jeopardy host Alex Trebek talks about his cancer diagnosis, why he never calls in sick to work and being an optimistic voice for other cancer patients. 11:00

Trebek spent more than a decade at the CBC, beginning in Ottawa in 1960. He then moved on to Toronto, hosting the youth-oriented Music Hop and Pick and Choose, among other shows.

Trebek once told talk-show host David Letterman that hosting the high school quiz show Reach for the Top was “good training for Jeopardy! because people had to be bright.”

Trebek kept each episode of Jeopardy! moving in his trademark crisp, unflappable manner. He was at turns gently admonishing, impish or corny. Off air, he could be high minded about the show’s benefits for viewers, and he insisted it be known as a quiz show, not a game show.

He received a prestigious Peabody Award in 2012, was made an officer of the Order of Canada in 2018 and received a star on the Walk of Fame in both Toronto and Hollywood.

“I wasn’t exactly down on my luck or cast adrift in showbiz,” Trebek once said, referring to his early career in broadcasting. “But there’s no question about it: Jeopardy! has really made me visible to millions of more people than was the case before.”