Dokic, who is commentating on Channel 9’s coverage of the grand slam tournament, has revealed horrible messages sent to her and said the abuse toward her had reached unprecedented levels.

The horrific message sent to Dokic was written in Serbian and came with a laughing emoji. Dokic questioned how any could be cruel enough to write that and then laugh about it 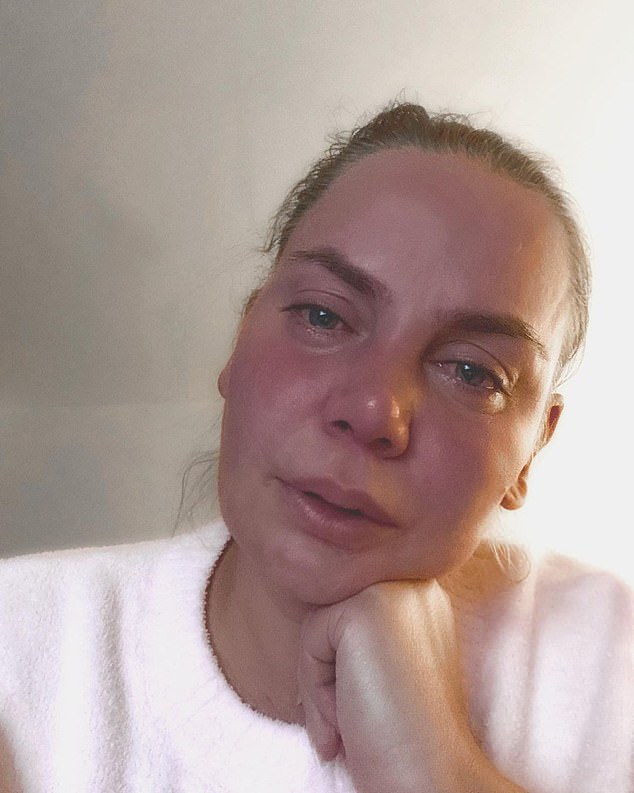 The message from the troll reduced Dokic to tears. She has previously appeared on social media in an emotional state to talk about her mental health battles

One message, written in Serbian and accompanied by a laughing emoji attempted to ridicule Dokic for her mental health struggles and previous admissions of feeling suicidal.

‘Now that the Australian Open is starting, will Jelena Dokic try to kill herself like she does every year,’ the comment translates to in English.

It was a savage blow that reduced Dokic to tears, saying she did not think the online trolling could get any worse until she had received this message.

‘A new low and this actually made me cry this morning when I woke up and read it,’ she wrote.

‘Just when you think online abuse and trolling can’t get any worse. Almost 1 million people commit suicide in the world every year.

‘That’s scary and so sad and then people like this disgusting person and a few others out there make fun of it!? How disgusting. They should (be) ashamed of themselves.’

Dokic questioned why anyone would ‘write something like this and then even worse laugh about it?’.

‘A bad person, that’s who. And of course an ignorant one,’ Dokic wrote on Instagram. 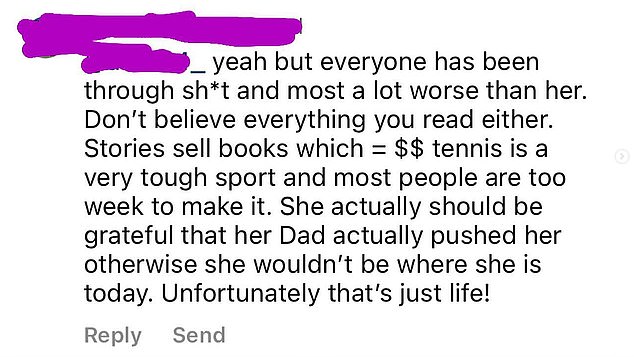 The second message sent to Dokic by an online troll during the Australian Open, accusing the former tennis star of using mental illness as a cash grab

‘So many are at their absolute breaking point so please be kind, caring and understanding.

‘Sending so much love to all the good people out there and especially to all those struggling.’ 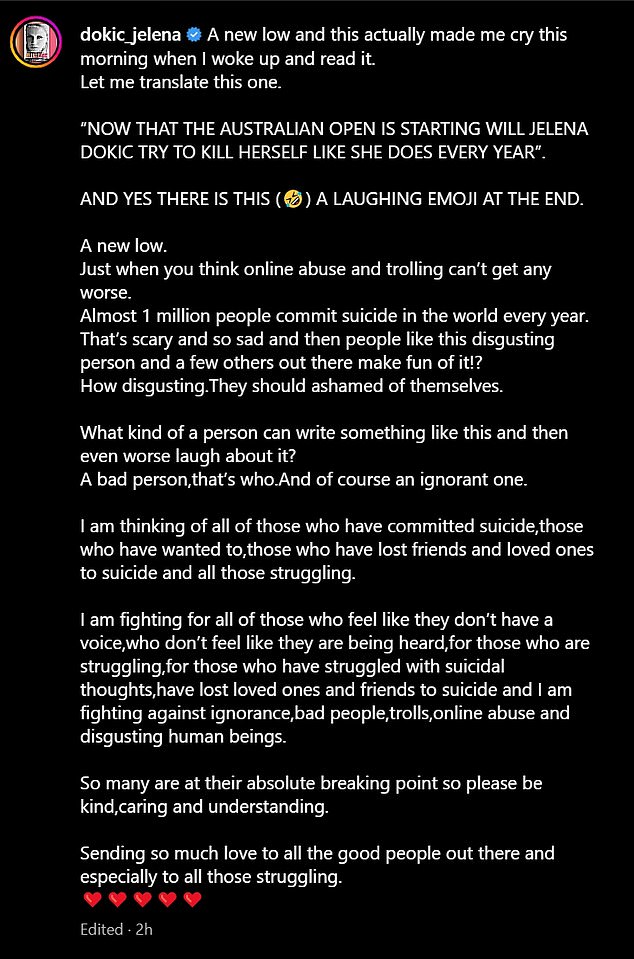 Dokic posted a length response on Instagram to the attacks by trolls during the Australian Open and called for people to be ‘kind, caring and understanding’

The spiteful post came just a day after another troll diminished Dokic’s struggles, claiming her book Unbreakable – which documents her mental struggles and treatment by domineering father Damir – was just a cash grab.

‘Don’t believe everything you read either. Stories sell books which = $$ tennis is a very tough sport and most people are too week [sic] to make it,’ part of the comment read.

Dokic’s posts have garnered enormous support while the trolls have been heavily lashed by commenters, including Silvana Philippoussis – wife of former US Open finalist Mark Philippoussis.

‘Well done for calling this person out! I can’t believe what I’m reading- some people! Stay strong my love. You are so much more than your tennis. Your aura shines bright and some people simply can’t handle,’ she wrote. 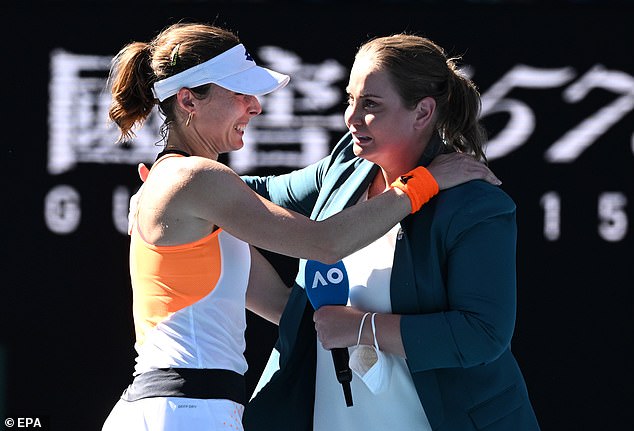 ‘We are with you, not always physically, but we have your back, rise above this and power on. You are meant for so much better than this mean spirited individual. Move on and UP,’ she posted.