Australian tennis star turned commentator Jelena Dokic has vowed to continue her fight against disgraceful trolls after exposing more of the shocking social media messages she’s been subjected to while covering the Australian Open.

On Tuesday, Dokic spoke out again about the relentless social media abuse she continues to cop, with trolls attacking her over her weight, her mental health battles that almost resulted in taking her own life, and the abuse she copped from her father as a young player. 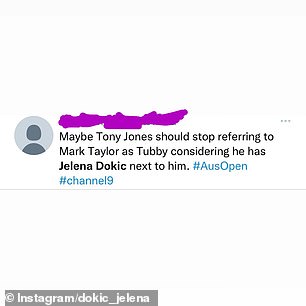 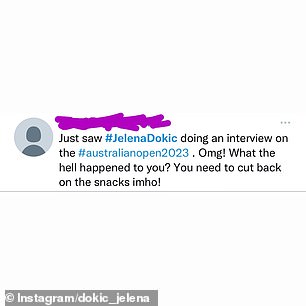 As a commentator for Channel 9 during the Australian Open, she said this is time of year when the abuse ramps up the most – and she has shared some of the most disgraceful slurs with her fans.

‘Now that the Open is on again, will Jelena try to kill herself like she does every year?’ she wrote in the Sydney Morning Herald.

‘That one actually came with a laughing emoji.

‘You were lucky that your father abused you because it was good for your career. 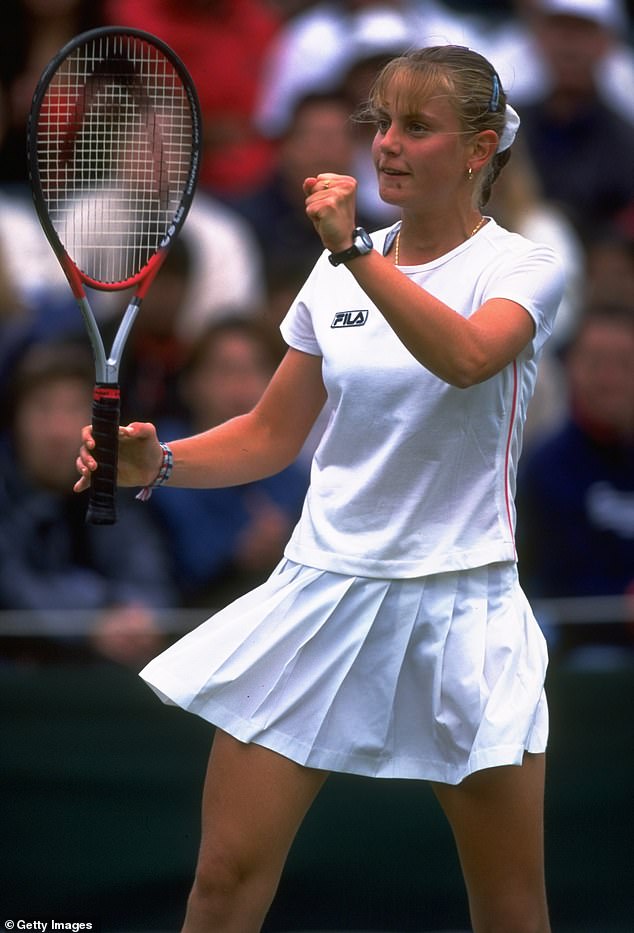 ‘It’s hard for me to wrap my head around how someone can even think that, let alone say it, write it, send it, publish it.

‘No matter how hard I try to work on my commentary, my interviews, my reporting on the tennis, for many trolls my weight disqualifies me from having an opinion – I should simply stop eating and be a free target for their dark and evil abuse.

What I don’t understand about those trying to shame Jelena Dokic is why do they care so so much about her weight? I mean how does it impact them? Why are they so abusive? Seriously there are so many other worse things than being fat! #jelenadokic #haters #AO2023

I met Jelena Dokic when we were both kids, when faking a smile was as common as hitting a winner.

This woman has been through more than many can take and she is still the same sweet and caring person from when we first met. 💝#AusOpen #bodyshaming

I love Jelena Dokic. A smart articulate woman with grace, empathy and an analytical mind when it comes to tennis. I wish we saw her more often on our screens

Dokic released her book Unbreakable in 2018, bravely detailing all of the torment and abuse she has had to rise above.

Being a refugee, twice. Dealing with her abusive father. The slings and arrows from social media keyboard warriors.

‘The day my book came out was the best day of my life. The weight of what I’d been carrying was suddenly off my shoulders. My truth was out there,’ she wrote. 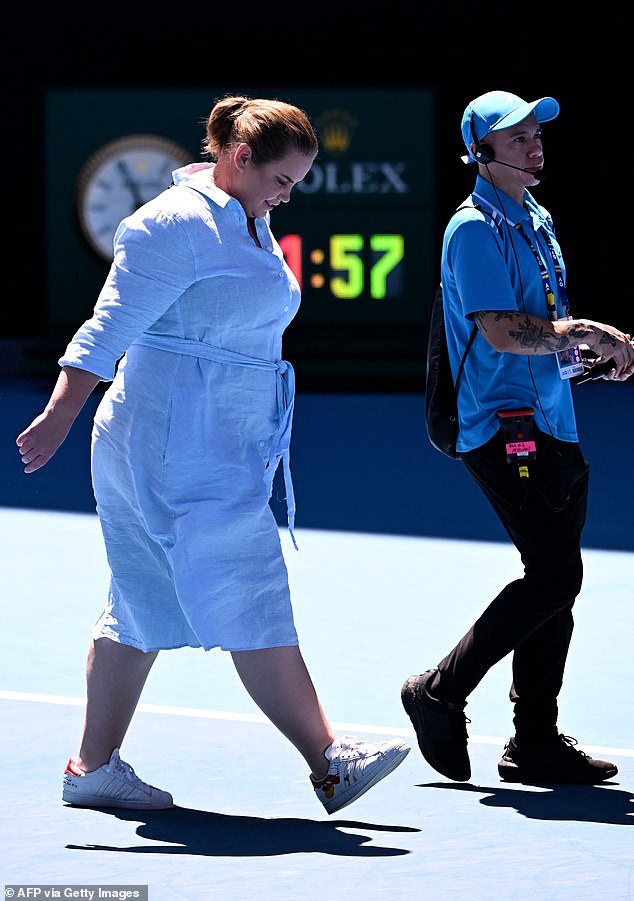 ‘Women got in touch saying they were suffering in domestic violence situations, from depression, anxiety, abuse, and that I had given them hope and made them feel less alone.

‘And with that came responsibility, as I saw it, to continue the community, so I started an online presence where I share my experiences in a small pocket of cyberspace and provide hope for those who have lost it. I can help people realise they are not alone in their suffering, and with strength you can get through anything, just as I did.’