In theory, banking hubs are a fine idea. In practice, they remain as rare as hens’ teeth despite a lot of hot air blown by those responsible for introducing them on to our high streets.

Indeed, if you believed the PR, you would think the country was awash with hubs. Sadly not. Just two are up and running. Moral of this tale? Never trust PR.

Sometimes referred to as community banks, these hubs are ‘banks of banks’ – branches run by an independent operator such as the Post Office, but which customers of all the big banking brands can use.

Rare: Hubs are especially useful in communities which have lost all their banks

On specific days, customers can even talk to staff from their own bank on issues troubling them – unusual given the propensity of big banks to turn their own branches into soulless spaces where machines rule.

Hubs are especially useful in communities which have lost all their banks. Sadly, outside the cities and major towns, bankless communities are becoming the norm rather than the exception as banks ruthlessly cull branches (486 closure announcements so far this year).

Late last year, we were told five spanking new hubs would be launched in 2022, adding to the two up and running in Rochford, Essex and Cambuslang, South Lanarkshire.

So far, not one of these five has seen the light of day. Another 22 have been announced, but have yet to get off the ground.

A few days ago, after another glowing PR announcement on hubs, I asked for a progress report. Of the five hubs scheduled to launch this year, only one (Brixham, Devon) will be open before Big Ben chimes in the New Year.

A hub in Cottingham, East Yorkshire (not one of the five), should also open its doors next month, with another in Troon, South Ayrshire, following early in 2023. A score of one out of five would be deemed a failure in a school test. I trust the Financial Conduct Authority will be telling those involved (the banks) to up their game.

In August this year, it told The Mail on Sunday: ‘Firms need to pick up the pace and deliver more banking hubs. We expect this to be done as a priority.’ Given not one new hub has been opened since it opined, I think it’s time it gave the banks an almighty rollicking.

Thanks for all the kind feedback on my new column. I was particularly tickled by a note from John Pearce, from Milton Keynes, on the sad state of our railways.

John sent in an article from the March 1934 edition of Railway Magazine. It detailed how, on Friday, December 22, 1933, 40 extra trains were laid on during the day and night at King’s Cross Station in London to cope with the volume of people wanting to travel north for Christmas. 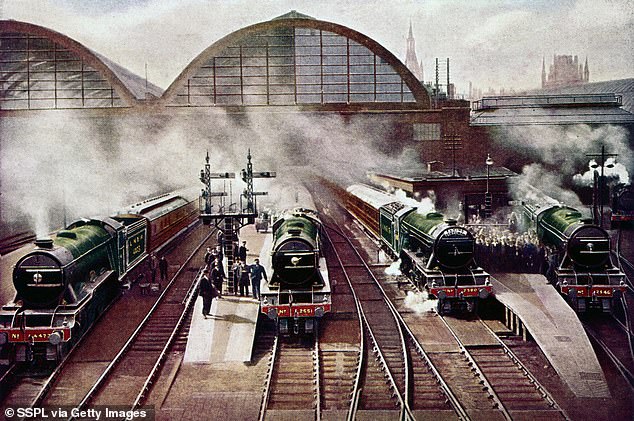 On December 22, 1933, 40 extra trains were laid on during the day and night at King’s Cross Station in London to cope with the volume of people wanting to travel north for Christmas

John says: ‘Maybe the bosses of today’s rail companies should start reading a few 89-year-old railway magazines to find out if there are any useful tips they can pick up.’

Absolutely. How marvellous it would be to hear, ‘Extra train running’ rather than ‘Train cancelled due to staff shortages’.

Support in the battle that attacks body and mind

Living with cancer is painful on so many levels. Often the pain is not just physical, but mental – for example, the worry waiting for an appointment to see a specialist and not knowing what your cancer is up to.

As someone who has prostate cancer, I fear the regular three-monthly check-up conducted by my wonderful consultant Christopher Ogden. Not because of the unpleasant procedures it involves, but of what bad news he might bring. The cancer niggles away at my brain, occasionally causing sleepless nights.

Protection insurer Zurich is keen to raise awareness about how cancer impacts on people’s lives. To this end, it has sponsored an online photographic exhibition which is worth a look.

Curated by photographer Martin Parr and TV celebrity Merlin Griffiths, both of whom have ongoing battles with cancer, it showcases pictures taken by people with cancer. There’s also a supporting video narrated by Parr. Both are worth a look: zurich.co.uk/everyday-moments and youtu.be/rEZTGxsLFbw.

Zurich has also made a donation to cancer charity Maggie’s that does splendid work providing support and information to cancer patients from centres countrywide, usually close to hospitals.

A friend, battling with breast cancer, vouches for their marvellous advice (maggies.org). Last but not least on the subject of cancer, rest in peace fellow money journalist Martin Baker who died earlier this month of prostate cancer. All too often, the good die far too young.

A friend tells me she is about to sell a big chunk of her holding in Premium Bonds so she can buy a new set of wheels (her current jalopy has just failed its MOT).

Despite advising her not to be so extravagant (she has her eyes set on a second-hand Mercedes Benz C-Class, below, available for £24,000), she’s not for turning. 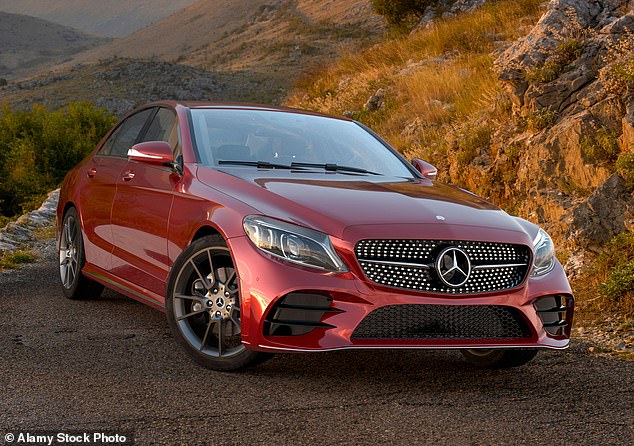 While I understand her desire to be mobile in style (she is an actress after all), NS&I Premium Bonds remain the one bright spot in my savings portfolio. Although my holding is a fraction of my friend’s – insufficient to buy a cheap second-hand Fiat Punto – I still get a buzz when an email pings in from NS&I telling me I’m a winner.

I received one a few days ago as part of the November prize draw – another £25 prize to add to the five others I have already received this year for the same amount.

I will continue to a buy a few bonds every month in the hope of one day bagging a big prize. Enough maybe to buy a brand new Merc.

At 11 o’clock today, I will be standing somewhere along the Thames Path in Walton-on-Thames, Surrey. Dressed in shorts and a T-shirt, and sweating from head to foot, I will be observing a two-minute silence to remember the service and sacrifice of all those over the years who have defended our freedoms and protected our way of life.

The half-marathon that I will be participating in is all about Remembrance Sunday. The event is built around a ‘race freeze’ at 11am when, at the sound of a horn, all runners will stop to observe a two-minute silence before resuming at the sound of three blasts of the horn.

We will remember, we will never forget. Britishlegion.org.uk.