Jean Todt reaches into his briefcase and pulls out a brown leather desk diary. He puts his glasses on and flicks through a couple of pages before declaring: ‘October 18, a Monday.’

That was the last time the FIA president, the former highly successful Ferrari team principal, visited his favourite driver, the man he calls a second son: Michael Schumacher.

Todt is one of the chosen few, a figure of such loyalty, a guarder of the stricken hero’s medical secrets, that he is welcomed by Michael’s wife Corinna into their secluded home on the banks of Lake Geneva.

Todt sits back in his chair and with a grimace recalls that come December 29 it will be eight years since Schumacher’s skiing accident on the French Alps left him with brain damage at the age of 44.

The public has not seen him from that day to this. Even a recent Netflix film, overseen by the family, offers no footage of him in his current condition. Or any revealing insights. His fans wonder and hope.

Speaking ahead of qualifying for the Mexican Grand Prix, where Valtteri Bottas took pole position ahead of Mercedes team-mate Lewis Hamilton, Todt chooses his words with circumspection.

‘I can understand why his family and friends are protecting him because we should leave him in peace,’ he says. ‘Michael is fighting, he is fighting, and we can only hope that he will improve.

‘I am happy that his son Mick is in Formula One. He is doing well. He could have a more competitive car but I am pleased he has this passion. I am happy that Gina-Maria (Michael’s daughter) has found her passion in horses.

Corinna, as you could see in the documentary, is a wonderful wife. How she spoke about Michael and what she does for him is a miracle.’ Does Todt stay long when he passes through the high, fortified gates to visit one of sport’s most famous names? 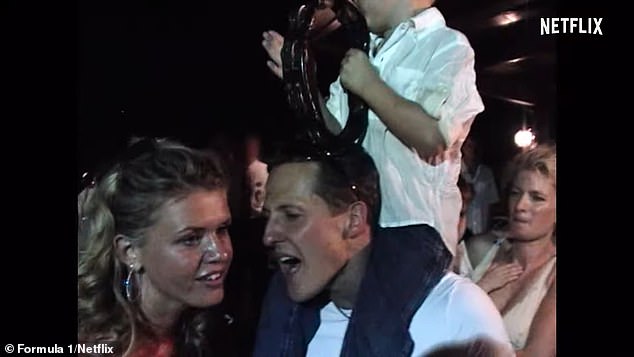 ‘Yes, quite a long while,’ he says. ‘If Corinna is there we have dinner together. If she is not, I spend time with Michael, but…’

Does Schumacher recognise his old boss with whom he wrote the most successful lines in Ferrari’s story? There comes from Todt a shrug, a smile, a hand gesture, but no answer. The limit of disclosure has been reached.

Next month Todt’s 12-year tenure as the most important individual in world motorsport comes to an end, aged 75. It is not that he is too old, just that the rules do not permit him to seek a fourth term.

The Frenchman is fit and well and while we speak he knocks back a carrot, lemon and ginger drink. He orders me one. It would seem to keep the doctor away.

He will have plenty to do when he steps aside: he is the United Nations special envoy for road safety and involved at board level or as chairman of a host of good works all around the world, including the Paris-based ICM Brain and Spinal Cord foundation. Of all cruel ironies, Schumacher was a fellow co-founder. 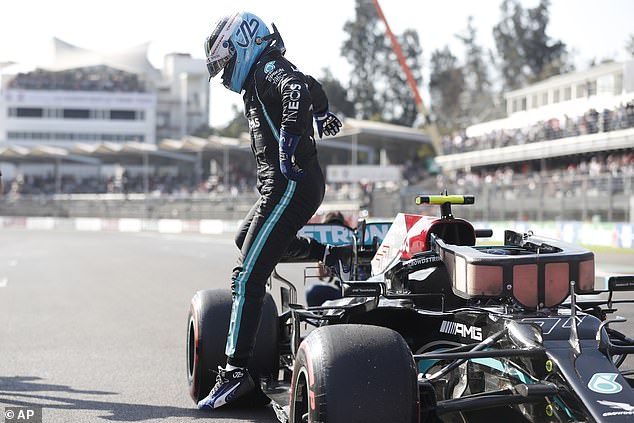 Todt was speaking ahead of the Mexico City Grand Prix, where Valtteri Bottas will be on pole

Todt, and his actress wife Michelle Yeo, also undertake acts of conspicuous personal charity. His top PR man gives me a striking example, but Todt asks me not to print it.

He may even find more time for vintage cars and contemporary art, two of his great loves. He is also writing a book of his life, from childhood to his successes as co-driver, team boss in rallying and Formula One, and as meticulous administrator.

As we meet in his with its views of the stunning stadium section of the Hermanos Rodriguez track, he is very proud of having presented ‘safe and affordable’ helmets to the national authorities here, availing them of the FIA programme aimed at protecting motorcyclists in developing countries.

Todt’s successor — most likely his long-time deputy Graham Stoker, a 69-year-old British barrister, subject to election next month — has a extensive globe-trotting itinerary to emulate.

Despite being a conciliator by nature, Todt is at odds with Hamilton over ‘taking the knee’ and more specifically how initially insistent the world champion was last season that all his driver colleagues must follow suit.

‘What I like in Lewis is that he is committed to giving his personality to society and sharing the beliefs he has,’ said Todt. ‘I respect that and we will do all we can to support that. Yes, I respect his belief but he has to respect any other belief.

‘Racism is a topic very dear to me. I listened to him and told him I don’t speak about it a lot but my father (a Polish Jewish immigrant doctor) lost his mother and his brother in the camps. But do I feel comfortable putting a knee on the floor? No.

‘I don’t believe in God, but I do believe in integrity and values. It is important to respect people on the other side.’

Todt and Hamilton now share a constructive dialogue and the outgoing president, a practical man devoted to details rather than to dreams, has introduced the Mercedes man to leading figures in the UN and elsewhere to help him achieve the objectives of diversity he has set.

‘My wife is Chinese and has experienced racism herself,’ he added. ‘We need to care for all people and remember that everyone involved in F1 is blessed.’