Jean-Pierre Adams, the former France international defender who spent the last 39 years in a coma, has died aged 73.

Adams spent the last 39 years in a coma following an anaesthesia error at Lyon Hospital as part of a routine knee operation that he undertook at the age of 34 on March 17, 1982.

He died on Monday morning at Nimes University Hospital.

Adams, who won 22 international caps for France during his professional career, was said to be in ‘great shape’ for the operation.

He was given anaesthetic that should have knocked him out for a few hours as part of the surgery.

But he never woke up and the defender, born in Dakar, Senegal, in 1948, was confirmed to have lost his fight for recovery by French newspaper L’Equipe.

Jean-Pierre Adams, a former France footballer, has died at the age of 73 having been in a coma 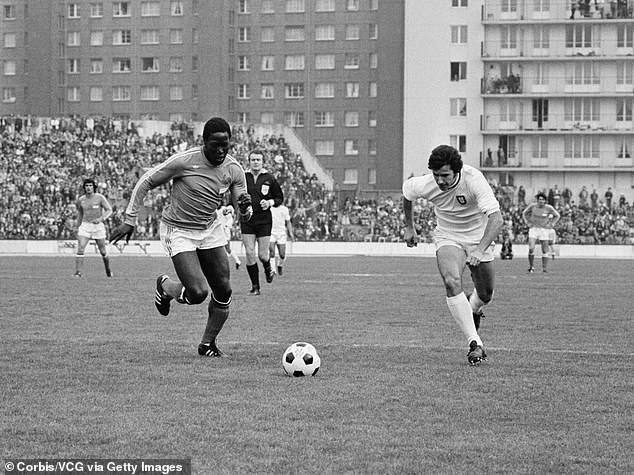 Adams (left) had a routine knee operation on March 17, 1982, only for it to go wrong with an ‘anesthesia error’ and he never woke up, leaving him in a coma for the next 39 years

Concern around Adams emerged while he was undertaking a coaching course in Dijon.

Detailed in a long-read on Adams by the Blizzard, as per the Guardian, it states how the former defender was on a week-long course but by day three there was concern over his knee.

He quit the course on the morning of the fourth day, such was the concern over a knee issue, and he headed for a hospital in Lyon.

The initial scan reportedly showed damage to a tendon at the back of the knee.

As he headed for the exit the story goes that Adams, who played for Paris Saint-Germain, Nimes and Nice in his career, bumped into a surgeon and after the discussion that followed there was an agreement that the best course of action was to operate on his knee.

‘It’s all fine, I’m in great shape,’ he reportedly said to his wide Bernadette on the morning of the operation in what proved to be his final words. 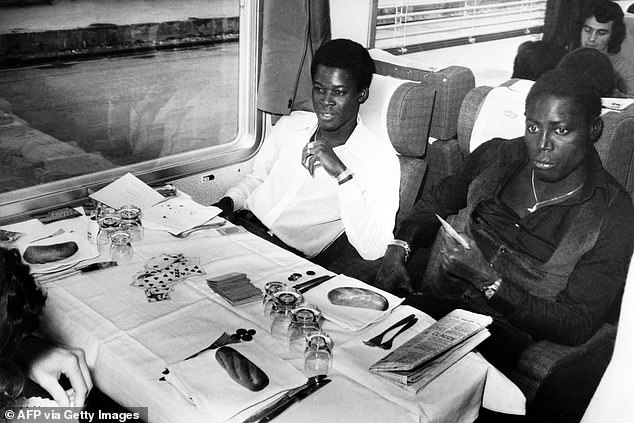 Adams, who had two sons to his wife, Laurent and Frédéric, had had a problem with the anesthesia and the doctor operating on his knee is reported to have been working on eight patients concurrently.

The case into how his operation was handled went through the courts for seven years before a verdict was delivered.

Pierre Huth, Adams’s doctor while he was at PSG, led the case which came to a close when the Seventh Chamber of Correctional Tribunal in Lyon found the doctors leading the operation of Adams guilty of involuntary injury.

His wife Bernadette sought donations from his former clubs, as well as the French Football Federation (FFF) to build a facility where she could care for her stricken husband.

She named it ‘The House of the Beautiful Sleeping Athlete’. 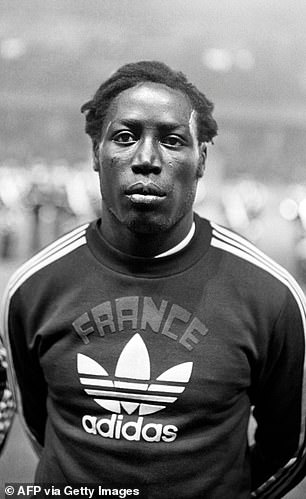 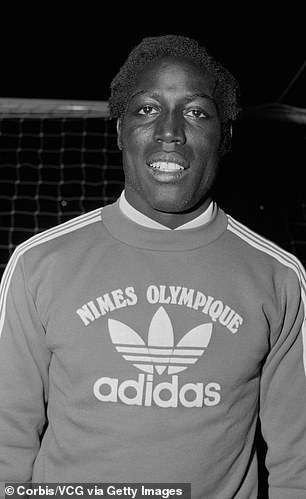 Having risen from amateur ranks to thrive with Nimes (right), he was selected by France (left)

The couple’s home was situated in the village of Caissargues, near Nimes in southern France.

Quoted in a piece by Paris United in April 2020, Bernadette opened up on Adams’ condition in her care at their home – refuting any possibility of euthanasia.

‘People on Facebook say he should be unplugged… But he is not plugged!’ she said.

‘I just don’t have the courage to stop giving him food and water.

‘He has a normal routine. He wakes up at 7, eats… He may be in a vegetative state, but he can hear and sit in a wheelchair.’

Adams was sent from Senegal to France as a teenager to focus on his education and he was eventually adopted.

The Jourdain family from Loiret, an area south of Paris, took Adams in and he began his life over in France. 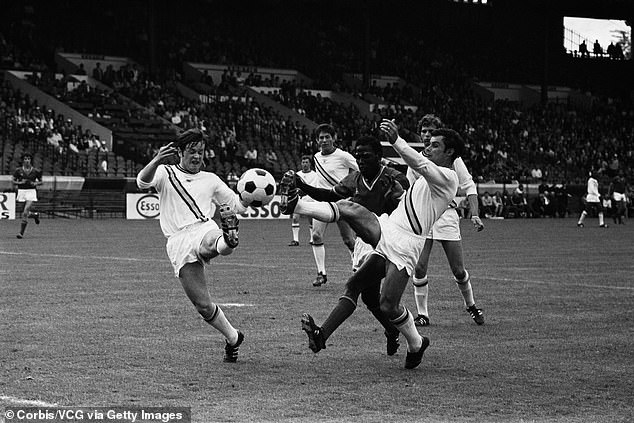 In his late teen years he was involved in a serious car crash. Adams emerged with minor injuries of cuts and bruises but one of his closest friends Guy Beaudot was killed in the accident.

After a period of military service, in which he impressed in that military football team to the extent he was recommended on trial to Nimes, he won his first professional contract at the age of 22.

Nicknamed ‘The Black Rock’ he famously formed a solid partnership for the national team with Marius Tresor between 1972 and 1976.

The pair of them were labelled as ‘the Black Guard’ such was their success for France.

In 2019 when asked about the fate of his former defensive partner, Tresor, as per Paris United, said: ‘Even if Jean-Pierre wakes up now, he will hardly recognise anything.

‘So is it worth it to keep living like this? If something like this should happen to me, I told my wife not to do anything to hold me back…’