A jealous husband faces life in prison after being found guilty today of luring his wife’s lover to a secluded farmhouse to shoot him dead in cold blood.

Farmer Andrew Jones, 52, set a trap for Michael O’Leary, 55, in Carmarthenshire using a ‘secret’ mobile phone belonging to his cheating wife Rhianon, 51, and pretending to be her.

Mr O’Leary thought he was about to meet up with his lover at Cyncoed Farm in January but came face-to-face with her husband brandishing a .22 Colt rifle.

Jones shot him in the face and used a digger to move his body before burning it on a funeral pyre of wooden pallets.

Andrew Jones (left), 53, discovered Michael O’Leary, 55, was having an affair with his wife Rhianon (right), 51 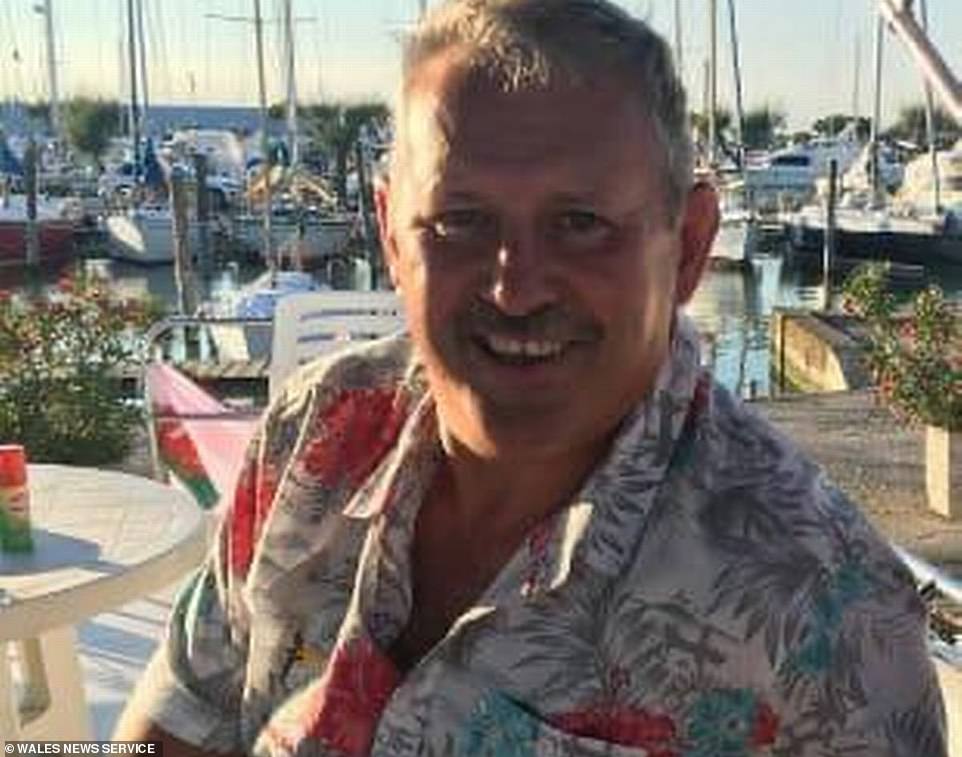 Jones made the disappearance of Michael O’Leary (pictured), 55, look like suicide and then burnt his remains in an oil drum 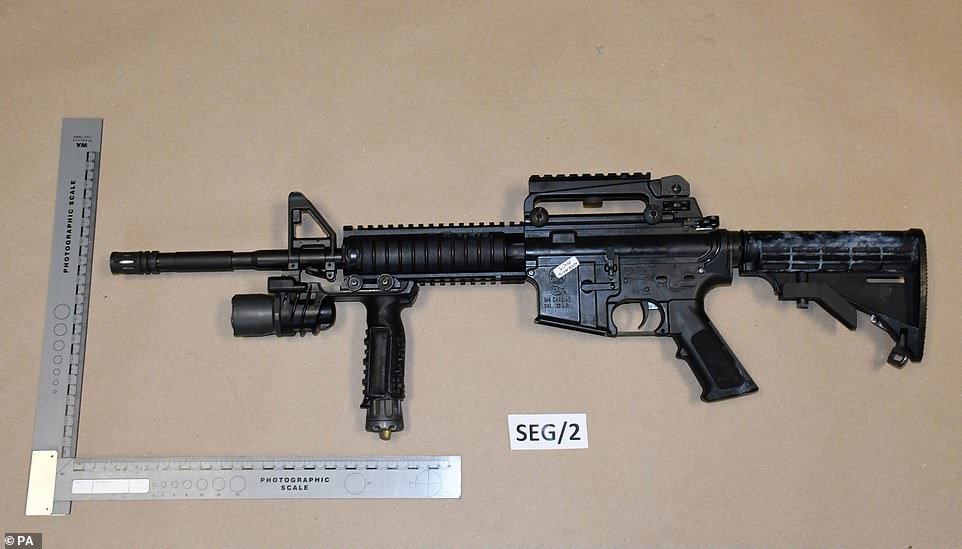 The .22 Colt rifle used in the shooting of O’Leary. Jones shot him in the face and used a digger to move his body

William Hughes, prosecuting, said: ‘The destruction of Michael O’Leary’s body was an attempt to hinder the police investigation. The murder was carefully planned and undertaken by Jones after he found messages on his wife’s iPad.’

Jones and his love rival Mr O’Leary were friends for 25 years before the affair started in the farming village of Nantgaredig, Carmarthenshire.

When Jones discovered what was going on and confronted the mother of his three children, she told him the affair was over because Mr O’Leary would not leave his wife.

But it continued and the pair used secret phones to arrange meetings in their local gym and in country lanes and laybys.

Jones and his daughter Cari ‘monitored’ Rhianon’s movements and phone calls after discovering she was cheating in September 2019.

Police found ‘intimate and graphic messages’ which were shown to the jury during the three-week murder trial at Swansea Crown Court. 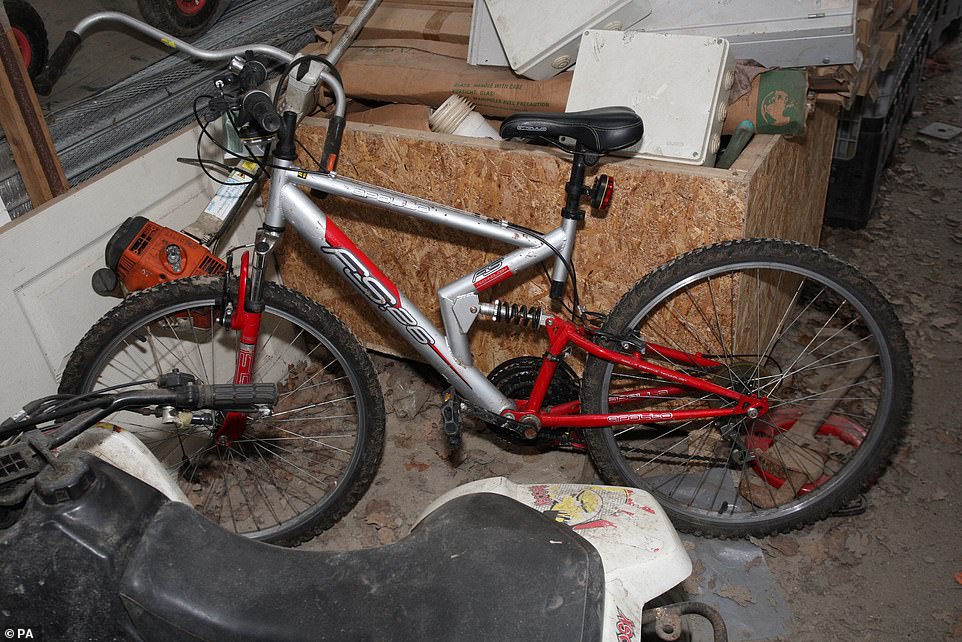 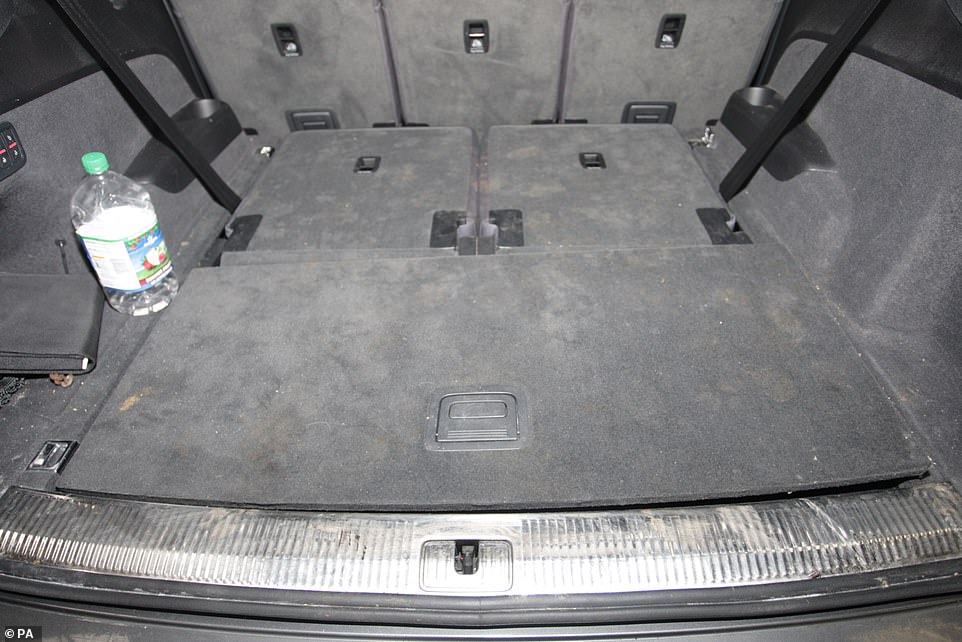 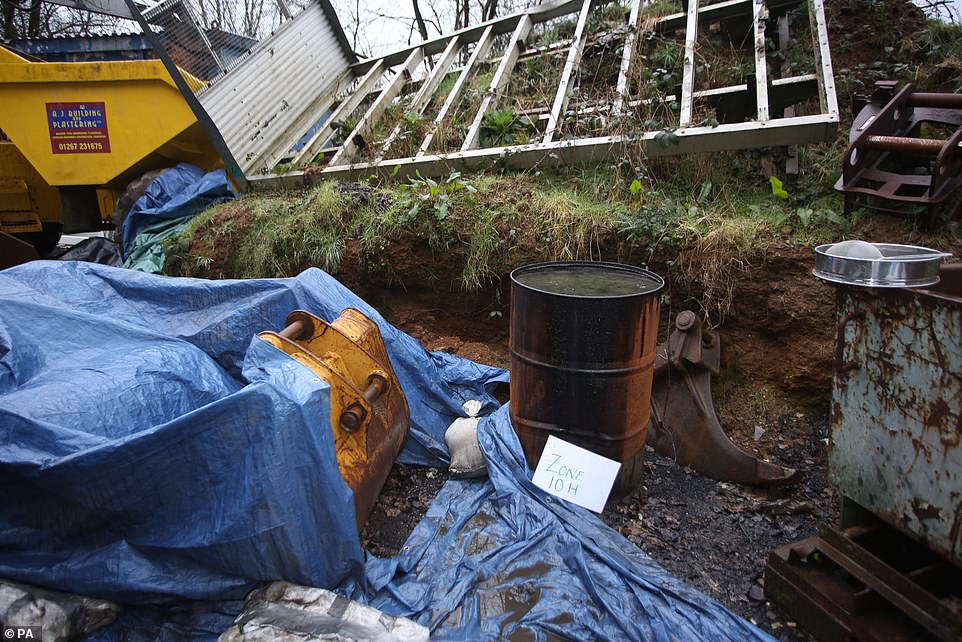 Mr Hughes said: ‘The messages show the pitfalls of carrying on a clandestine relationship.’

Jones used the secret phone to send a message to father-of-three Mr O’Leary which led to his murder on January 27.

It told him to go to Cyncoed Farm, where he was expecting to meet Rhianon Jones for a ‘cwtch’ – Welsh for cuddle.

A major police search was launched when ex-rugby player Mr O’Leary failed to return home to his family in Nantgaredig that night.

Mr Hughes said: ‘Michael O’Leary’s body has never been recovered but on March 14 a piece of human tissue was found at Mr Jones’s address.

‘As part of the extensive forensic inquiries the small intestine tissue was found at the bottom of a rusty oil barrel – its DNA profile matched that of Michael O’Leary. Forensic officers said it gave the appearance of having been burned.’ 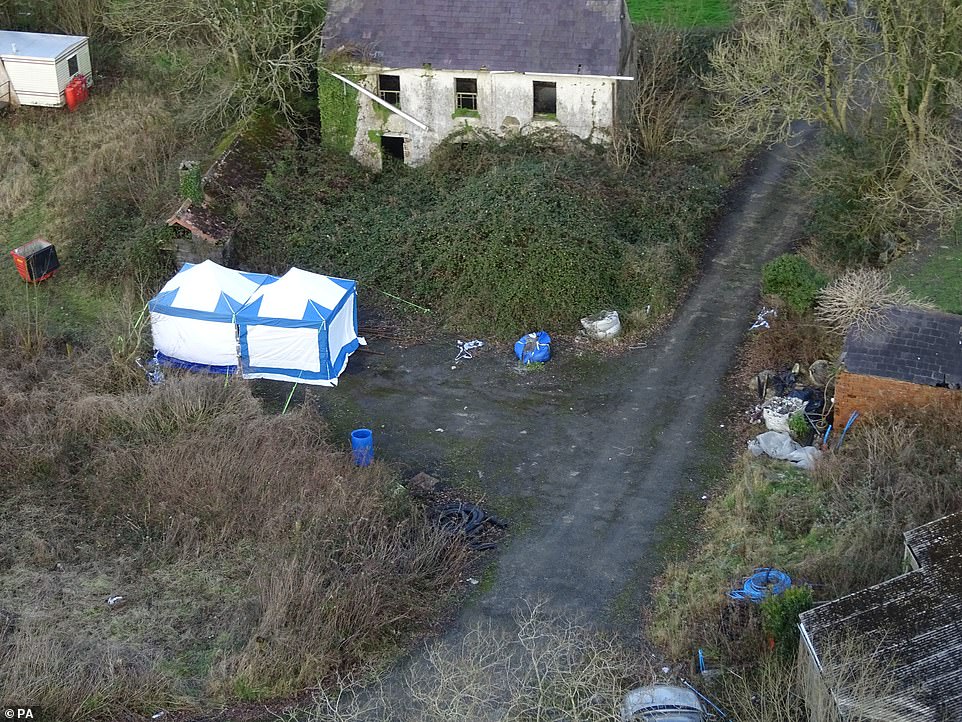 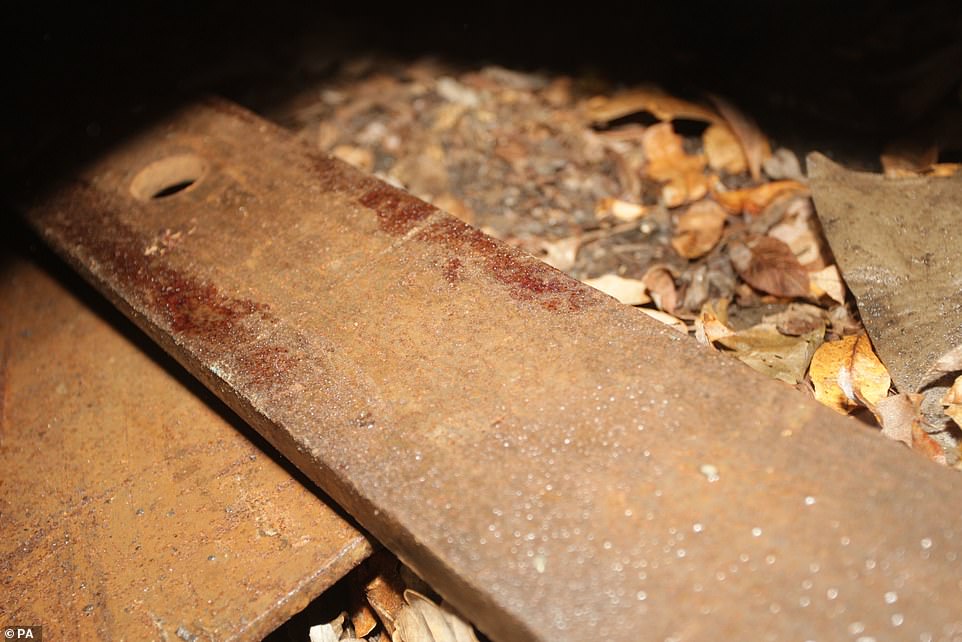 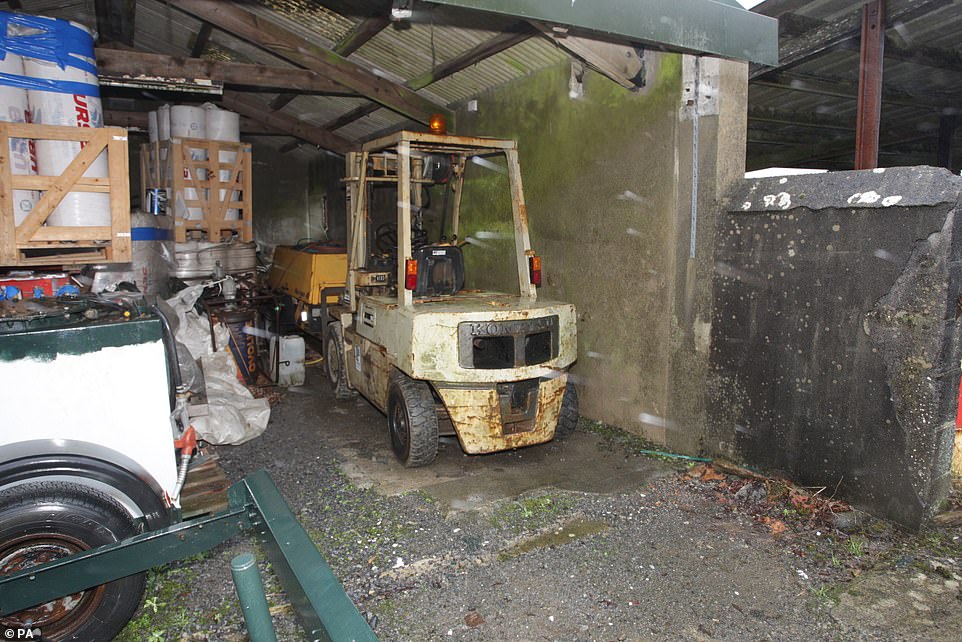 Jones denied murder claiming the gun – the ‘most scary’ of his collection of eight firearms – went off in a ‘tragic and terrible accident’ during the confrontation with his wife’s lover.

In tears he told the jury: ‘I wanted to scare Mike. When he parked up I shot two or three rounds into the floor. I didn’t want to shoot him dead. He said: ‘All right Jones’. I walked over and put the gun at my hip pointing it in the air.

‘He walked back and tripped backwards. I took the opportunity to kick him in the face so he was semi-conscious. When he came around, he lunged at me – the gun went off. He said ‘Ahh’ and slumped.’

Mr O’Leary’s wife Sian received a text message that evening apparently from her husband saying: ‘I’m so sorry X’ in an attempt to make his disappearance look like suicide.

His silver Nissan Navara was found locked and abandoned near the River Towy in Carmarthen and police divers were called in to search for his body.

But Jones, of Bronwydd, Carmarthen, burned it to destroy any evidence linking him to his love rival’s sudden disappearance. 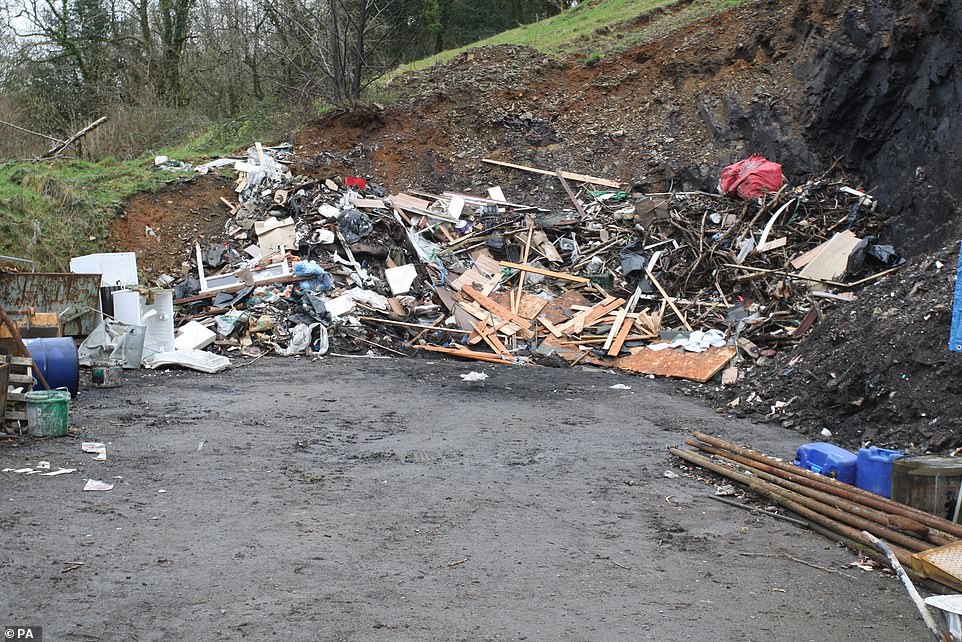 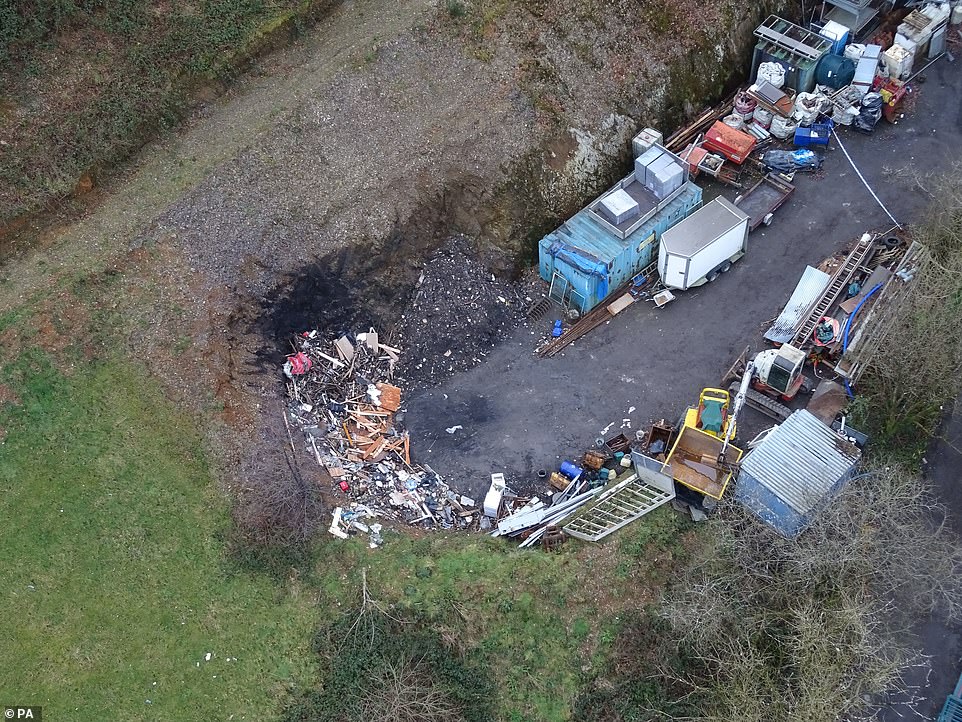 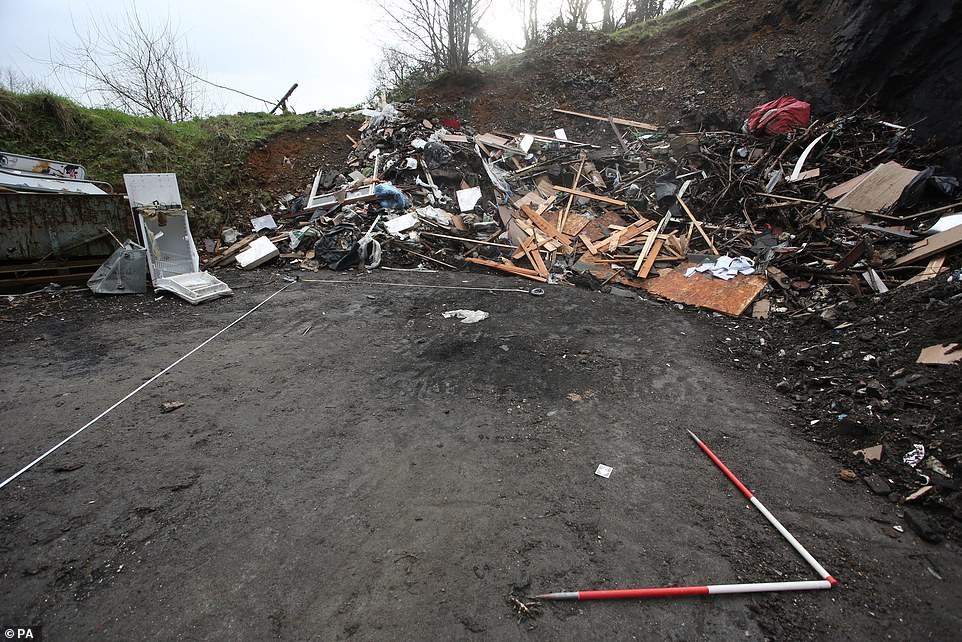 Jones piled up 24 wooden pallets and used a digger to put Mr O’Leary’s body on top in the early hours of January 29.

He told the jury that he looked for an old order of service care from a funeral before ‘saying a few words’ – then lighting the bonfire which burned for four and a half hours.

Karim Khalil QC, defending, asked the jury whether someone intent on murder would carry it out at his own property which was overlooked by neighbours and had CCTV at the entrance.

Farmer and builder Jones showed no emotion when the jury found him guilty of murder by a majority verdict of 11-1 after 13 hours and 25 minutes of deliberations.

He will be sentenced later this month when Mr O’Leary’s wife and family will give victim personal statements. Judge Justice Jefford said: ‘There is only one sentence I can give and that is life imprisonment.’