Donald Trump’s campaign advisers Jason Miller and Steve Cortes give the latest update on his condition Sunday in claiming the president is eager to get back to campaigning even though his top doctor says he is not yet ‘out of the woods.’

‘Once he gets out of the hospital, he’s ready to get back to the campaign trail,’ Miller told NBC’s Chuck Todd during an interview on ‘Meet the Press’ Sunday morning. ‘He sounded pretty energetic.’

Cortes, another senior campaign adviser, reiterated the president’s fitness during an interview with Chris Wallace on ‘Fox News Sunday.’ 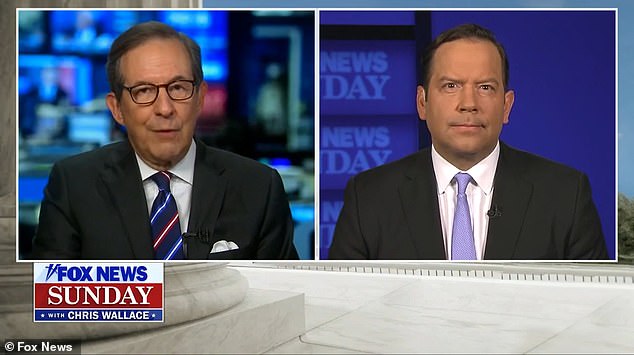 Fellow senior campaign adviser Steve Cortes (right) told Fox News’ Chris Wallace (left): ‘He was as upbeat and assertive as he’s ever been’ and claimed: ‘This president is going to recover’ 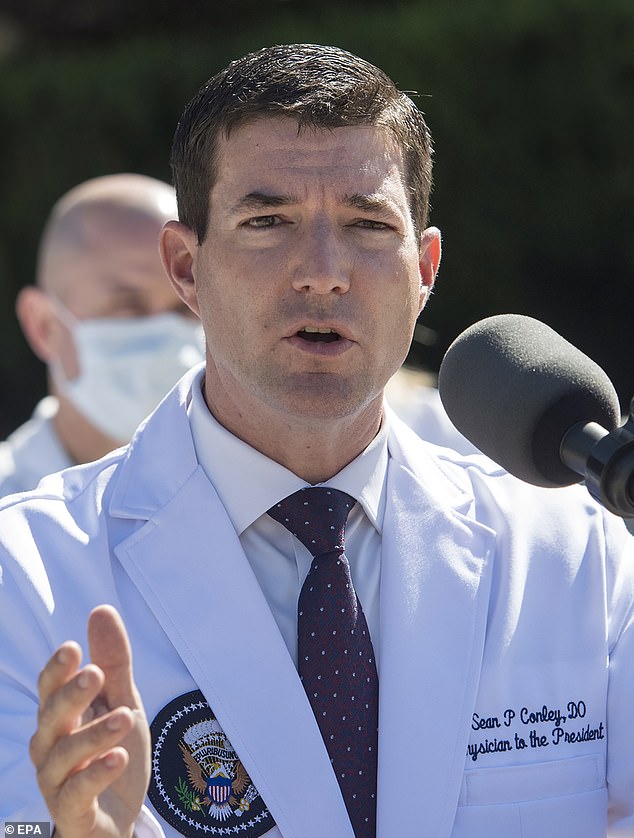 The comments come the morning after White House Physician, Navy Commander  Dr. Sean Conley, said in a briefing Trump is ‘not yet out of the woods’

‘We spoke to the president yesterday, we meaning senior campaign staff,’ Cortes said. ‘He was as upbeat and assertive as he’s ever been.’

He added: ‘This president is going to recover, we are highly confident of that.’

Trump announced overnight Thursday via Twitter that he and first lady Melania tested positive for coronavirus as the two took a test following the revelation that Counselor to the President Hope Hicks received a positive diagnosis hours earlier.

Trump’s chief doctor, Navy Commander Sean Conley, along with other doctors gave an update on the president’s condition during a briefing Saturday.

‘While not yet out of the woods, the team remains cautiously optimistic,’ Conley said, adding that Trump moved around his medical suite without difficulty as he conducted business.

The White House physician also said that Trump had been exhibiting ‘clinical indications’ of coronavirus as early as Thursday afternoon.

There are conflicting reports and statements on whether the president has needed supplemental oxygen at any point since arriving at Walter Reed Friday or how high his fever has reached.

Trump provided his own account of his medical condition on Saturday evening, releasing a video of him working from the presidential suite at the hospital in a white button down with no tie and the first button undone.

He said in the video that he is feeling better and will ‘be back soon.’ 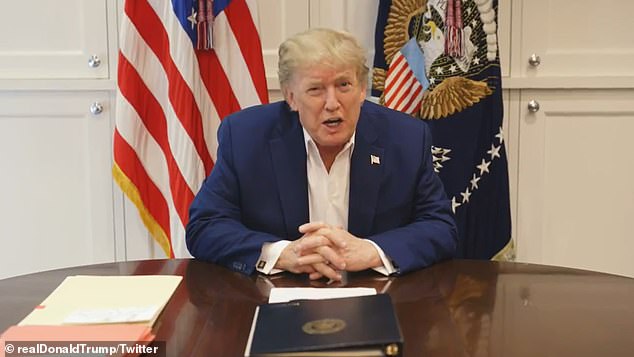 ‘I spoke with the President yesterday afternoon and he’s in very good spirits,’ Miller said. ‘Both Bill Stepien, the campaign manager, and I spent about a half hour on the phone with the president and going through all the updates on what’s going on with the campaign.’

It appears the two ‘spreader’ events could have been when Trump announced Amy Coney Barrett’s nomination to the Supreme Court at the White House last Saturday and during his rally Wednesday in Minnesota.

Hicks, who traveled with the president to the rally this week, tested positive for coronavirus hours after the event – where she was in close proximity to the president and several of his White House and campaign staffer.

Miller told ABC News’ ‘This Week’ on Sunday morning that he tested negative on Friday – as well as Senior Advisor to the President Stephen Miller and former New York City Mayor Rudy Giuliani, who also participated in debate preparations.