The American Pie actor wrote a sweet message on Instagram to his one and only, ‘ In 14 years, my dreams have changed a lot. But the woman in them has very much stayed the same. Happy anniversary @jennymollen.’

The 43-year-old actor shared a series of photos of his wife from throughout their relationship. 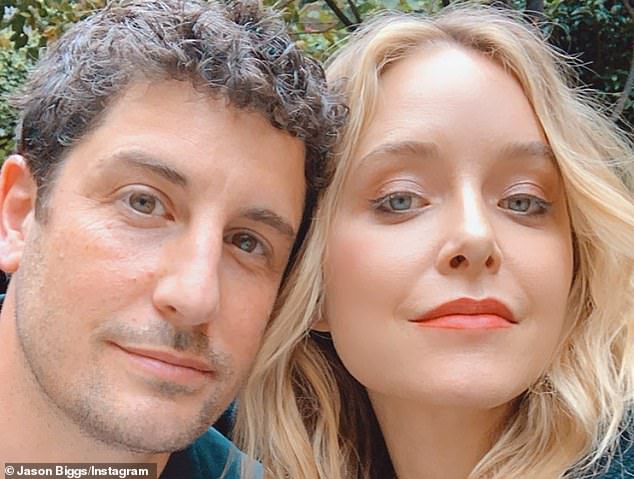 Smitten: The two met on the set of the romantic comedy My Best Friend’s Girl in 2007, and married in 2008

Among the anniversary Instagram posts: a photo of Biggs displaying their cake that had brown icing, along with an array of multi-colored flowers made of icing.

’14 years! I love you Staby,’ it read on the top of the cake in sweet pink icing.

In the caption, she referenced their Earth Day wedding: ‘What screams happy Earth Day anniversary more than a flower garden you can f**k? Love you Jason!’

The two met on the set of the romantic comedy My Best Friend’s Girl in 2007 and fell head over heels in love.

They married nine months later in 2008. 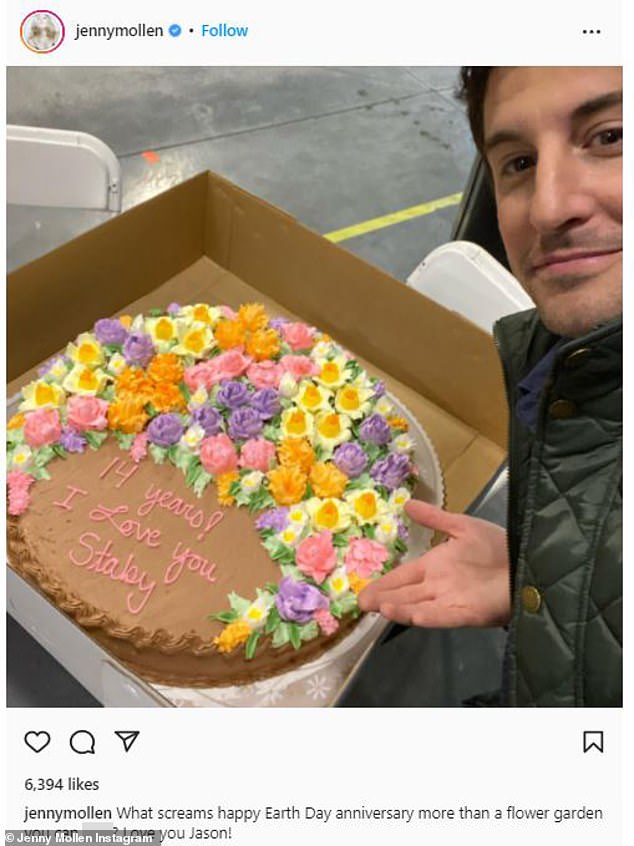 Sweet treat: Biggs snuggled up next to their anniversary cake in one of the Instagram photos 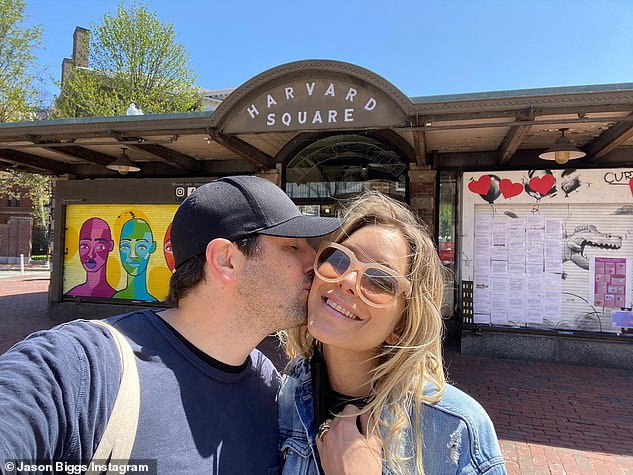 No frills:  Jenny, an actress turned author, described their no-frills wedding, writing ’14 years ago, two people who’d known each other for only 9 months drove to a Calabasas FedEx Kinkos in their pajamas and got married’

’14 years ago, two people who’d known each other for only 9 months drove to a Calabasas FedEx Kinkos in their pajamas and got married.’ she wrote.

‘Who knows if that FedEx was even real or a figment of our imaginations or if the woman who married us was a licensed justice of the piece (sic) or just some down on her luck actress looking to make a quick 300 bucks.’

The Crazy, Stupid, Love actress continued, ‘We may never know if our union is truly recognized by the state of California or if what happened that Earth Day wasn’t just some psychedelic mushroom trip but what has come out of it has been mind bending, life altering and nothing short of a miracle. Happy Anniversary, Jason f***ing Biggs. Thank you for taking this trip w me.’ 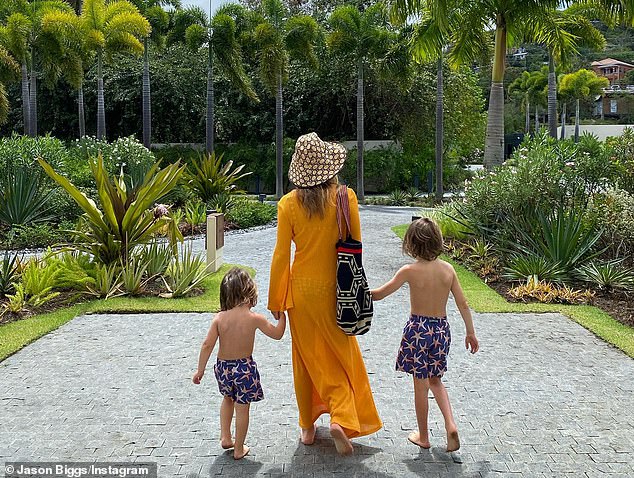 Jenny was a busy actress until around 2017, when she pulled back from onscreen work. The Arizona native now lists herself as a writer. She is the author of I Like You Just The Way I Am, which was turned into a TV series in which she starred in 2016.

Her latest book, City Of Likes, will be released June 14.

On her social media post, the author added a playful post script, ‘(Ps. Do you think this is a cute pic of you? My editors said no. But I really want to use it in the book. I know you sort of have only half your neck but I insisted you would be fine with it. As a precaution I figured this would be a good way to gage your thoughts. So…. what do you think?’ 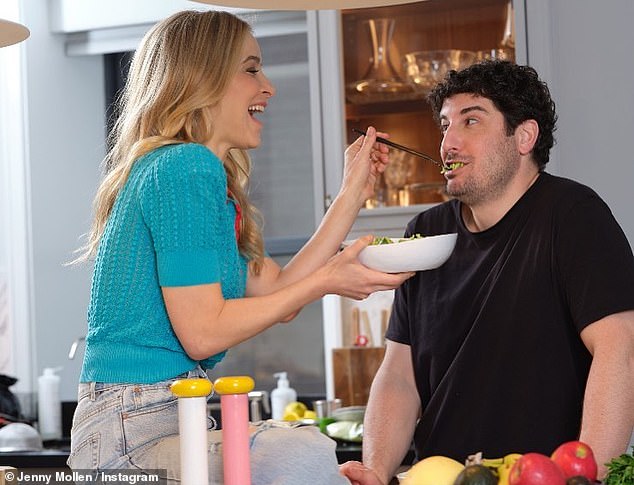 Book cover:  In her anniversary message the best selling author said she’d like to use this picture in her upcoming book City of Likes and asks her husband ‘So…. what do you think?’

The years seem to have been anything but boring for the couple. They welcomed sons, Sid, in 2014 and Lazlo a few years later, in 2017.

While Jenny has been writing books, Jason has been busy working in front of and behind the camera.

The New Jersey native is the host and executive producer of the reality show Jason Biggs’ Cash at Your Door, in which he makes families work together through a series of tests to win $25 thousand.  He’s starring in the upcoming holiday film Best. Christmas. Ever. 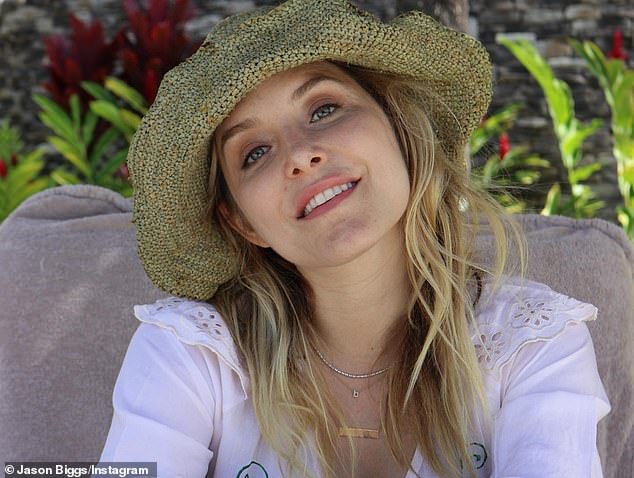 How it all began: Jenny and Jason met on the set of the romantic comedy My Best Friend’s Girl in 2007