If there’s one phrase I’m sick of (spoken by Boris and Co in a serious tone) it’s ‘scientific advice’ and its partner-in-crime ‘medical advice’.

So far members of the public have been the guinea pigs for the Prime Minister’s steep learning curve, ever since Covid-19 arrived in our lives.

And we know from bitter experience that those two catch-phrases trotted out by a member of the government mean very little.

Every week, our leaders unveil a new big action plan to pretend they are on top of the economic and social disaster that is coronavirus, while the sound of experts telling us there is bound to be a second wave of infection grows ever stronger.

So, what to do to try and halt the inevitable next winter? The latest wheeze is that from Friday next week (why not before?) we must wear face masks when entering a shop or face big fines.

Will it make any difference? Ministers claim ‘medical advice’ has advised the time is right to restrict our personal freedom in the name of public duty.

I feel sorry for the highly educated members of the medical profession and the scientific community, because it seems to me politicians just pick through their research and use the bits that suit them and ignore the ones that don’t, depending on how they are doing in the opinion polls.

Is that cynical? Experts were divided about how useful face masks were and whether the British would adopt them, given our reluctance to cover our faces (or indeed cover our bodies if the sun manages to get over 18 degrees).

Face masks are just the latest chapter in the confusion that typifies the UK’s slow response to a deadly disease. 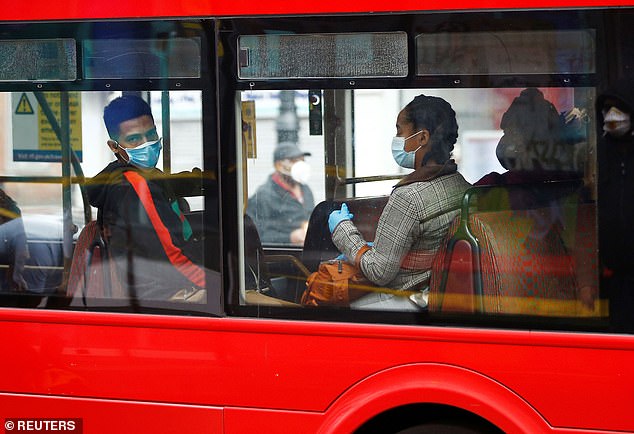 Instead of treating the public like intelligent human beings and not children who need to learn a new lesson, our politicians have mismanaged every stage of the pandemic by over-promising and under-delivering.

From quarantines that were definitely happening (and then cancelled) to mysterious ‘air bridges’ to warehouse hospitals that only treated a few people, to huge testing centres in the wrong places to a track-and-trace app which had to be discarded. All of which doesn’t exactly inspire confidence in our decision makers.

I never thought that wearing a face mask would be any better at stopping a potentially deadly disease in its tracks than simply staying away from other people, particularly any who cough or sneeze.

On a plane for example – you are going to have to take your mask off to drink and eat, and there’s a big chance to breathe someone else’s stale air and their germs.

At the end of the day, it’s up to adults to make their own lifestyle choices, and government cannot impose endless dictats ordering us to wipe our bottoms, exercise every day and wear a face mask when buying a bottle of wine or toilet rolls. 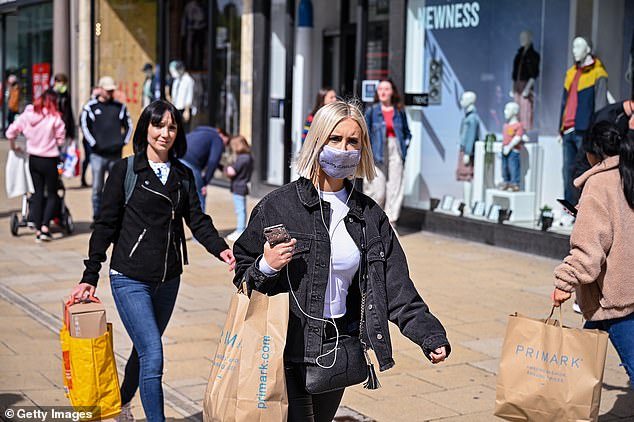 Retailers will be asked to advise customers to wear masks but their staff will not be expected to enforce the law. Pictured: Members of the public wear face masks as they shop on Princess Street, Edinburgh, late last week

On April 7th SAGE (the group of scientific experts the government consults) announced that ‘the wearing of masks would have minimal effect’. Two weeks later they changed their mind. On May 11, the government finally advised wearing face coverings, but their advice was confusing and left it up to us.

Chris Whitty, the Chief Medical Officer originally said that wearing a mask if you weren’t infected reduced the risk of catching the virus ‘almost not at all’.

The World Health Organisation initially said that masks should be worn by medical staff, for people with symptoms and their carers.

They said the virus spread through small droplets emitted when coughing or sneezing and by touching contaminated surfaces, and that hand washing was just as effective. So what changed?

An open letter from over 200 scientists in 32 countries challenged the WHO, accusing them of under-estimating how the virus spread.

These scientists said that tiny particles, produced when infected people were talking or simply breathing out, were emitted into the air and could travel much further distances than just the droplet produced by coughing or sneezing.

Still the government dragged it’s feet over what to do. After a campaign by the London mayor, face masks were made compulsory on public transport from June 11. Nicola Sturgeon ordered them to be worn in shops in Scotland a week ago.

Now the public really were confused. Rules and regulations surrounding covid are different in Wales, England and Scotland – god help you if you’re planning a trip to Barry Island or Edinburgh for your summer holiday.

Why should we wear masks, given that the evidence regarding their effectiveness is so contradictory?

It’s not as if our vain politicians have been setting much of an example – there were no pictures of Boris Johnson wearing a face mask before a photocall last Friday (after journalists pointed this out), and only one of Health Minister Matt Hancock.

Two days earlier, Chancellor Dishi Rishi was photographed posing as a waiter after his ‘Dine out for a tenner’ summer budget had been unveiled in Westminster. Keen to maximise his potential as dashing PM in waiting, Rishi opted not to wear a mask as he dished out noodles in Wagamama.

The biggest narcissist in power, President Trump, said he would never wear a mask – until this week, when he sported a special version complete with the Presidential insignia.

Last Sunday, Cabinet Minister Michael Gove didn’t seem to think that wearing masks should be mandatory, saying he ‘trusted peoples’ good sense’ and it was ‘basic good manners’. Given the scenes outside the bars in Soho and in the city centres of Liverpool and Newcastle when the pubs reopened, I would say that ‘good sense’ means very little to a generation who are unlikely to catch the virus. They just want to have fun, and who can blame them?

Now Boris Johnson has executed one of his classic moves, a complete U turn. The man who believed in personal freedom, now imposes a face mask mandate on all shops, complete with £100 fine for non-compliance. 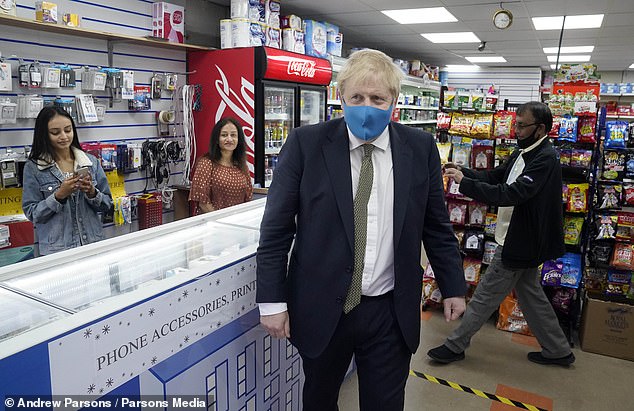 Shoppers who fail to comply risk fines of £100 under the plans to stop a second wave of coronavirus. Pictured: Prime Minister Boris Johnson wearing a face mask while campaigning in his Uxbridge constituency

Well sorry, Boris, it will never work. Older people are willing to wear masks anyway, but it’s ludicrous to expect shop staff (who already work in confined spaces, more risk than the rest of us browsing for a new pair of jeans) to police the public, and a spokesman from JD sports told the BBC today that the official advice about how to implement the decision was ‘very confused’.

The boss of Waterstones said ‘it’s not fair’ on staff, and unions are already complaining.

The police, whose job it is to protect us from law-breakers, say they cannot arrest people on private property and anyway they are already too busy dealing with more serious crimes.

Do hard-pressed retailers have to cough up and provide free face masks for shoppers? Why do we have to wear them in ‘the confined space’ of a shop and not a bar or restaurant? Why do they have to be worn walking around a huge shopping mall?

Cult novel The Dice Man tells of a psychiatrist who makes every decision based on the throw of a dice. Written in 1971, it’s sold millions of copies all over the world. I suggest Boris reads it. It could hardly make his weekly strategy changes any more nonsensical.