At royal residences up and down the land, family sentiments must be delicate following this first Christmas without the Queen.

Sadnesses must be counted alongside blessings, the gilded solidity of a passing reign measured against the ambiguity of the future.

Yet the Windsors can congratulate themselves on another successful festive season, one that passed without a major event or upset and . . . uh oh.

Just when it seemed safe to lift the royal gaze towards the blameless horizon of a new year, the Duke of Sussex is out on manoeuvres to promote his new autobiography, Spare.

Just when it seemed safe to lift the royal gaze, the Duke of Sussex is out on manoeuvres to promote his new autobiography, Spare

And the prospect of dogged, bitter Prince Harry once more heating up his tureen of spleen must send a shiver through the House of Windsor.

Only a few snippets of the two upcoming television interviews have been released: a wisp of chat with Anderson Cooper for CBS in America and a sentence or two with Tom Bradby for ITV in the UK. Yet much can be gleaned from these teasers. Mood, strategy and intent, along with depth of delusion and a sneak peek of pique? It is all in there.

And what is immediately clear is that when the book is published next week and the interviews are broadcast in their entirety, the royals should not expect a barrel of laughs. Or even a slap on the back, a thank you, a belated gift of condolence or an apology.

For even dressed down in his good-guy sweater and smart shirt, Harry radiates pure threat.

His voice is level but his eyes are cold and glassy. Sometimes he even sounds like someone who has joined a cult — or perhaps walked onto the bridge of the Starship Enterprise. 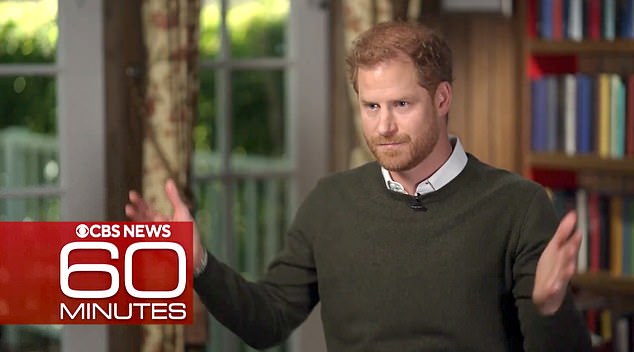 Referring to the interviews and his memoir: ‘Harry radiates pure threat’, according to Jan Moir

‘There comes a point when silence is betrayal,’ he told Cooper in a moment of high drama. What was he talking about? A lack of response from the Vulcans on planet Tharg?

No, he was speaking about what he saw as failings on the part of the Royal Family to protect him and Meghan from — well, what? Negative publicity published in newspapers, magazines and on the internet, seems to be the answer. ‘They have shown absolutely no willingness to reconcile,’ he told Bradby, speaking of a lack of willingness on the part of his family to be friends with him again.

It was hard not to bark with laughter at this. The Duke of Sussex (and the Duchess, let’s be fair) has spent much of the past three years publicly and repeatedly criticising his family, accusing them of cruelty, neglect, racism, lies, jealousy and worse.

And some things that have been said can never be unsaid, so it seems little wonder that the King and the Prince of Wales are not in the mood to reach out to their chief tormentor with open arms, even if he cannot understand why.

For Harry is like some sulky arsonist who personally soaked the barns in petrol and lit the match that burned the family farm to the ground, while telling the world that their crop was rotten anyway. And then he is surprised and hurt when his singed and betrayed relatives take offence at his highly flammable behaviour. What does he expect?

Every action has a consequence and every position of power has its own unique responsibility. And for someone who espouses the merits of therapy, Prince Harry’s lack of insight about his own behaviour is staggering. 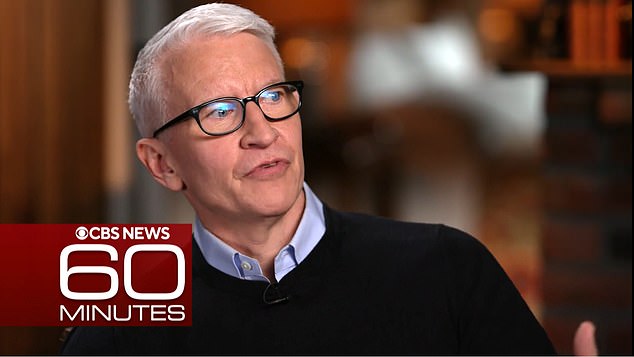 He says he wants his father and brother back, as if their lack of enthusiasm and affection for Project Reconciliation had nothing to do with him. This sudden need for roots versus the control and thrill of his uprooting is psychologically interesting, but he can’t have it both ways.

Consider the evidence. The initial hint of trouble came in October 2019, when Tom Bradby interviewed the Sussexes on their South Africa tour. Meghan complained of being overlooked and existing instead of thriving, while Harry said he and his brother were on different paths.

We didn’t know it then, but these were the first stitches to unravel the royal tapestry.

Since then there has been no end of complaint, a litany of mistakes and failures that are never, ever their fault.

It’s exhausting, I know, but a quick recap of gripes and accusations include Meghan being unprotected by the ‘Institution’ and her friends being silenced. Kate making her cry. Meghan having suicidal thoughts, but being prevented from seeking professional help because it wouldn’t be good for the royal look. An unnamed Royal Family member expressing a thought about how dark Archie’s skin might be. Harry accusing his father of ‘literally’ cutting him off financially. Endless rows about personal security and who was paying for it.

In May 2021, Harry told the Armchair Expert podcast he was experiencing ‘genetic pain’ as a result of his upbringing. That same month, he complained in a mental health docuseries for Apple about the ‘total neglect’ from his family. Last summer, Meghan whined to The Cut magazine about not being allowed to cash in on her royal status. 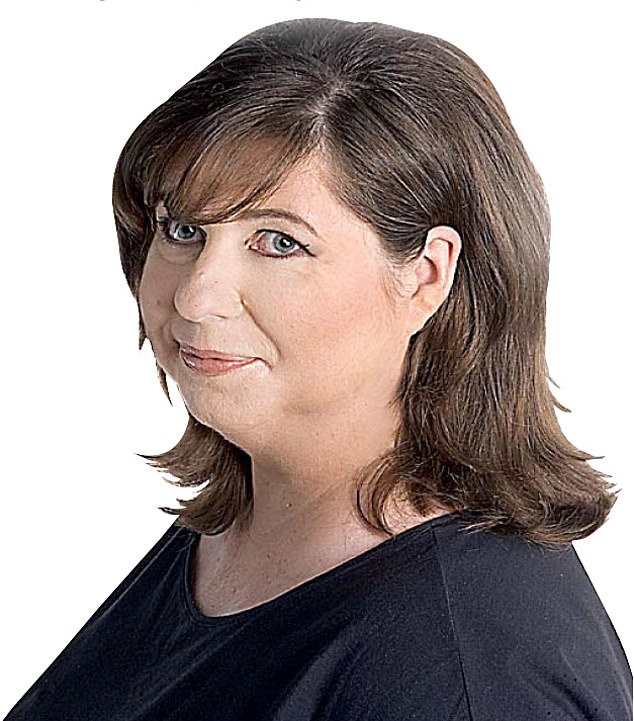 ‘In these difficult times, it is hard to see how much more of an appetite the public will have for the extravagantly and repeatedly expressed woes of the Duke and Duchess of Sussex’, says Jan Moir

‘Just by existing, we were upsetting the dynamic of the hierarchy. So we go, “OK, fine, let’s get out of here. Happy to”,’ she said. Last month, in their biggest act of treachery to date, the pair of them accepted an award for fighting ‘systemic racism’ in the Royal Family. How can they possibly go back to being friends now?

Those bridges have burned, along with the family farm and every last drop of trust.

Something went badly wrong to propel Harry and Meghan into exile and onto this endless odyssey of offences taken — real or imagined. And everyone is sad that it happened, and that they felt they had no choice but to leave. But they self-marooned, seeing themselves as victims shackled together by the oppression and neglect of an institution that was trying to do them harm.

In these difficult times, it is hard to see how much more of an appetite the public will have for the extravagantly and repeatedly expressed woes of the Duke and Duchess of Sussex.

For they are not only the kind of first-world problems that can seem childish to people who are really suffering, they are the sour garnish that only comes with true elitism and ultra-privilege. These TV teasers reveal that even now, Harry still sees himself as a victim and views his father and brother as the architects of his doom.

For a man who has everything, he seems to have nothing except a hostile desire for vengeance.

It all boils down to this; somebody stole the jam in Harry’s doughnut, and someone is going to have to pay.