The picture was posted on the Sydney Rooster fullback’s Instagram account without any caption but immediately sparked a whirlwind of fans congratulating the pair.

The pic appears to have been taken while the couple enjoy a break in the country and show several snaps of the couple celebrating Tedesco popping the question.

The couple have rarely spoken of their relationship in public, but Ms Glinellis has often posted pictures of them together on social media.

Tedesco, who won the Dally M Player of the Year Award in 2019, told The Guardian Australia in 2020 what keeps him grounded.

‘I still stick really close to a lot of my friends outside of footy, that sort of keeps me grounded,’ he said. 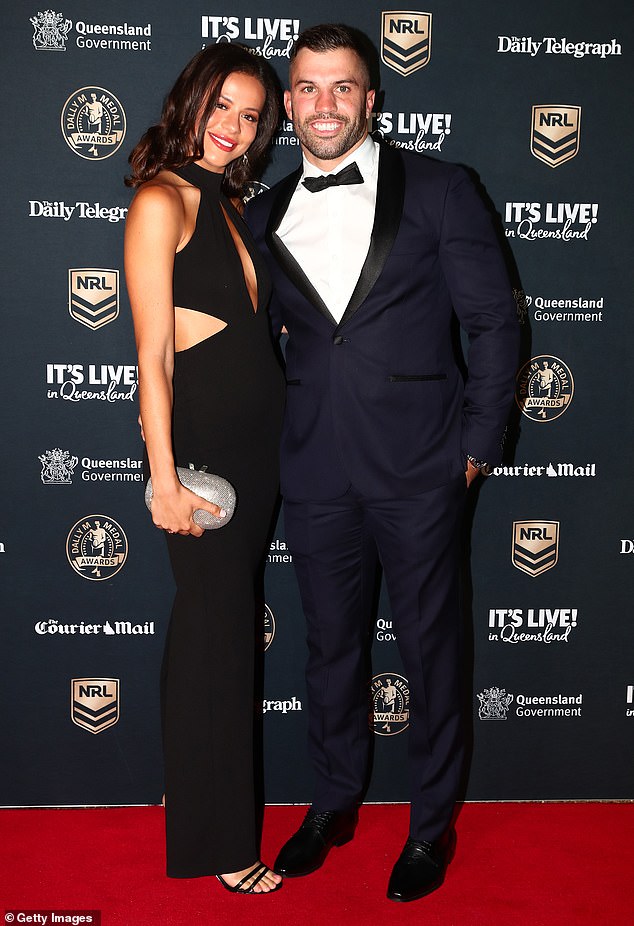 ‘That’s how I am, I don’t really like to brag or big-note myself. I still feel like I’m a normal kid from Camden [in Sydney]. That’s how I’ve always been and I don’t think that will ever change,’ James added.

The good news comes just two weeks after Tedesco was fined $10,000 by the NRL following a night out in October where he was accused of yelling ‘Squid Games’ towards a woman of Vietnamese descent.

The skipper of the Tricolours allegedly shouted the reference to the hit South Korean Netflix series at Tiffany Trinh, 20, outside Bondi’s Beach Road Hotel.

That sparked an investigation from the NRL Integrity Unit, which didn’t prove any allegations of racist behaviour. 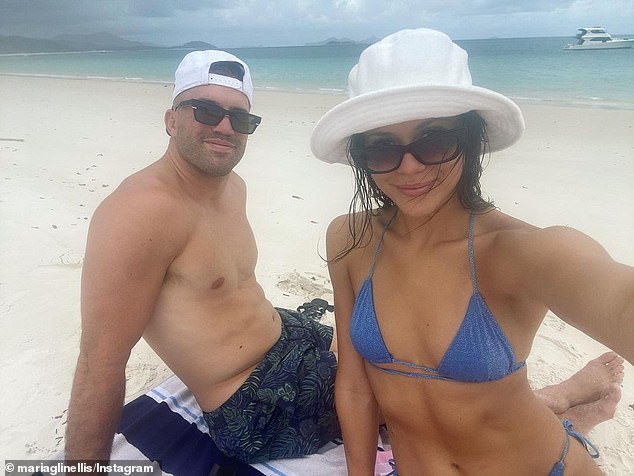 The Roosters defended its star player after a recent racism allegation, claiming Tedesco had been discussing the hit Korean television show Squid Games within earshot of Tiffany Trinh outside a Bondi pub

Tedesco was instead heavily fined for drunken public behaviour and ‘bringing the game into disrepute.’

The club was quick to defend its star player and claimed that Tedesco had been discussing the hit Korean television show with friends within earshot of Ms Trinh, rather than crying out at her specifically.

‘After we found out about the Instagram post, we thoroughly investigated the matter,’ Roosters chief executive Joe Kelly said.

‘There was absolutely no interaction between James Tedesco with this group of people. We categorically deny that anything untoward occurred.’