The Aussies were crowned world champions for a record 12th time in 16 editions of the tournament after beating Samoa 30-10 in the final at Old Trafford on Saturday (Sunday morning AEDT).

The overwhelming favourites to retain the trophy for a third time coming into the tournament, the Kangaroos lived up to their tag.

And Tedesco, who was named Player of the Match after scoring two tries and racking up a team-best 234 running metres, said the connection between the players was the key to their success.

‘It is pretty unbelievable,’ he told BBC Sport after the game.

‘This group of blokes came over here six or seven weeks ago and we’ve got such a special bond.’

Because of the coronavirus pandemic, the Kangaroos’ 42-8 win in their opening game of the tournament against Fiji was their first Test match since they lost 16-12 to Tonga in November 2019. 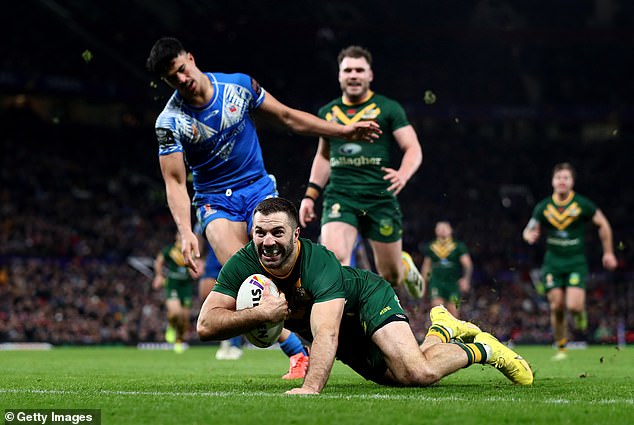 A lack of Test matches also meant Australia slipped to fourth in the world rankings ahead of the tournament, but travelled to England determined to set the record straight and prove their worth.

‘Covid has killed us for three years, not being able to play for our country, but we came here early and got along straight away,’ Tedesco added.

‘We created that connection from the start and wanted to work hard for each other and we showed that tonight.’ 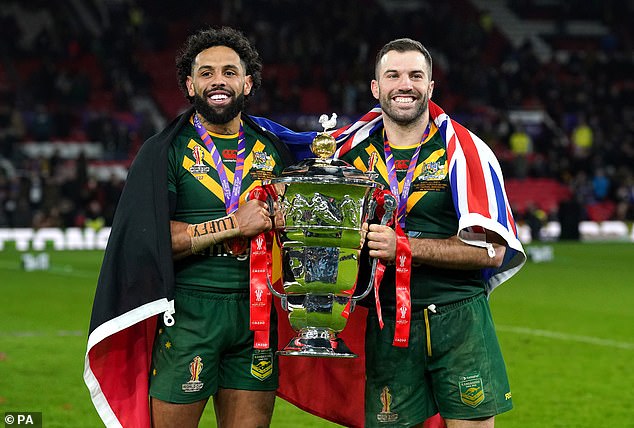 Josh Addo-Carr, who scored 12 tries in the tournament, one short of setting a new record, struck a similar tone.

‘We came to England with one goal: to win the World Cup,’ he said.

‘We did it for everyone in Australia, for all our families. What a way to finish.

Lifting the Rugby League World Cup as Australia’s captain was particularly significant for Tedesco, who represented Italy at the 2013 and 2017 World Cups as he qualifies for the Azzurri through his father. 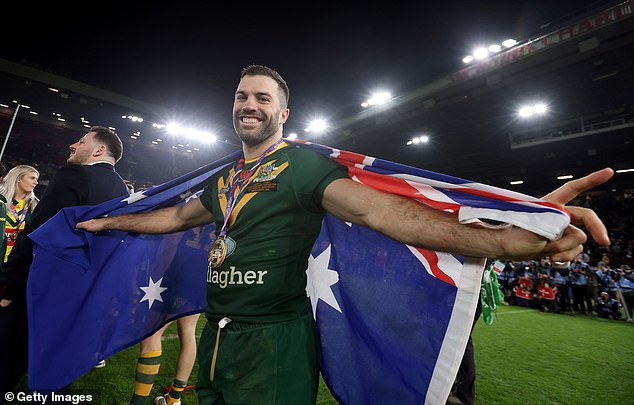 And the Roosters star insisted wearing the green and gold was a special honour for him.

‘It’s very special to put this jersey on and represent my family and friends,’ he said.

‘I know they’re watching, so shout out to them. It’s unbelievable, it’s an unbelievable feeling.’