Details have emerged of Bayern Munich’s party group – spearheaded by James Rodriguez – that openly defied new manager Niko Kovac in 2018 after he took over at the German giants.

Kovac and Bayern were on a pre-season tour of Miami, where the Croatian coach was putting his stamp on the team he had inherited from Jupp Heynckes with a series of gruelling training sessions, culminating in a friendly against Manchester City.

According to Bild, the players were expected to be rewarded for their hard yards by being allowed a night out in Miami, only for Kovac to snuff out the plans.

James Rodriguez (right) headed out partying in Miami when Bayern Munich were on a pre-season tour in 2018, with their new manager Niko Kovac (left) 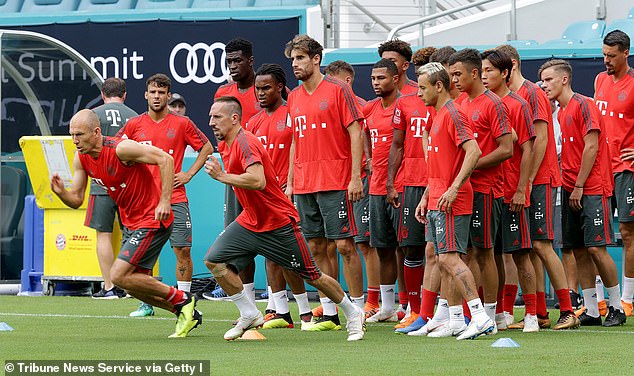 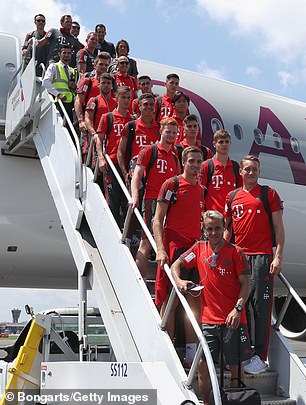 ‘Nobody goes out!’ Bild report Kovac as saying. ‘We have an incredibly important test game in three days.

‘We have to be focused and concentrated. The first Bundesliga game awaits us in six weeks. Celebrating is not possible in preparation.’

It is claimed that David Alaba, Rafinha and Franck Ribery orchestrated the night out and, as the players headed out of the hotel, Kovac’s assistant and brother Robert even saw the players leaving.

Bild add that on the night itself, Rodriguez’s ‘party beast’ came to the fore, and that the playmaker also filmed the night’s antics and shared them on the ‘Miami Nights’ group.

The players apparently staggered in at 6am and were prepared to take their medicine in the form of a Kovac punishment at training the next day.

But, it is claimed that Kovac said nothing – much to the shock of the players. Bild claim that from that moment on, the Bayern side lost respect for Kovac due to his perceived lack of authority – and they even went out one more time while they were in Miami. 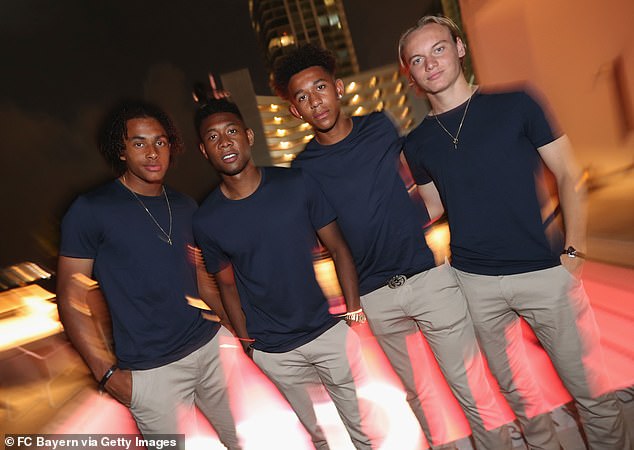 A number of Bayern players, including David Alaba (second left) flouted Kovac’s rules and headed out partying in Miami – here, he is pictured at a team event alongside Joshua Zirkzee, Chris Richards and Ryan Johansson 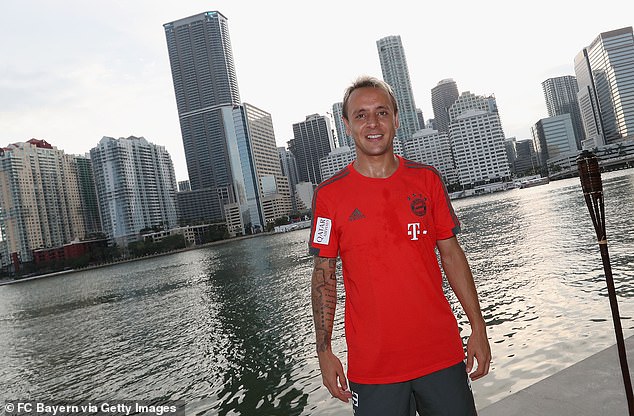 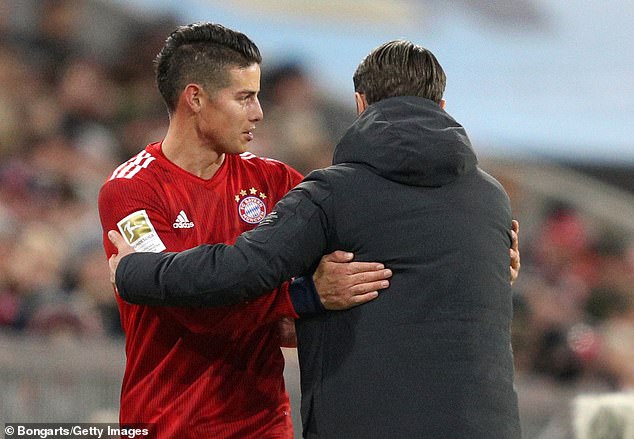 After Bayern, Rodriguez has played for Everton before heading to Qatari side Al-Rayyan

Kovac lasted 16 months as Bayern manager. In his first and only full season, he won the Bundesliga and German Cup in 2019 but was sacked early the following season after Bayern lost 5-1 to Eintracht Frankfurt.

Rodriguez, meanwhile, joined Everton in 2020 on a free transfer from Real Madrid – the club he was on loan from while at Bayern. He struggled to make an impact in England, despite the excitement over his arrival with the Toffees.

The Colombia international was only at Goodison for one full season, playing 26 times and scoring six goals. He is now playing for Qatari side Al-Rayyan.