NO TIME TO RIDE! James Bond stuntman is slapped with a $500 fine for his movie premiere joyride across Sydney Harbour

A PR stunt for the new James Bond film has backfired after a thrillseeker dressed in a tuxedo was fined by police.

Luke Bakhuizen had planned to ride his electric water bike across Sydney Harbour for the premiere of No Time to Die as part of pre-show entertainment at the Opera Quays on Friday night.

Dramatic photos show the adrenaline junkie barefoot and dressed in a tuxedo as he cycled around the harbour enjoying some of Sydney’s iconic landmarks. 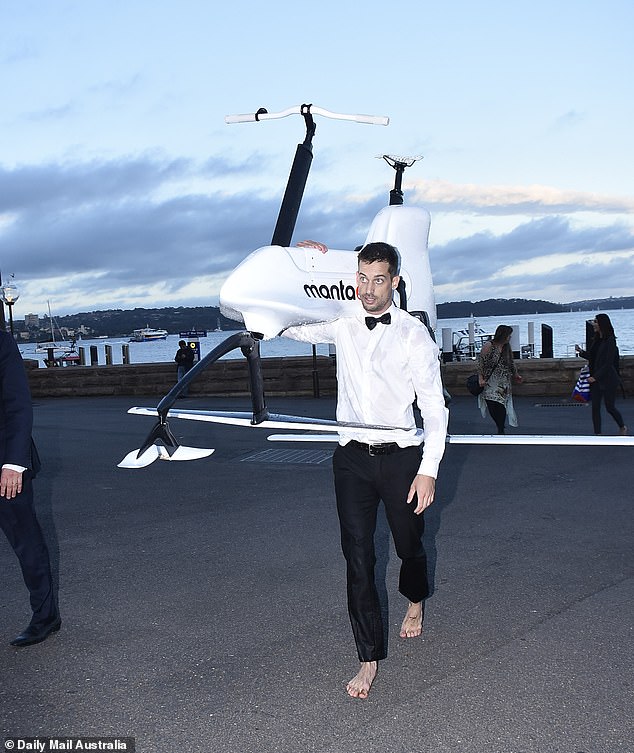 But his fun was cut short when water police intercepted his joyride just 20 minutes in and forced him out of the harbour.

Carrying his water bike out of the water Mr Bakhuizen is pictured being greeted by awaiting officers at the Man O’War steps in Circular Quay.

The unusual incident was part of a publicity stunt to spruik the world’s first electric water bike, the Manta5, imported by Mr Bakhuizen’s company Future Movement. 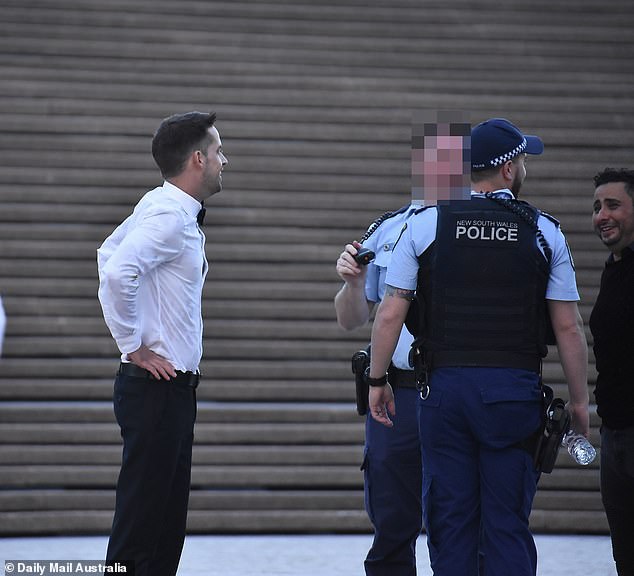 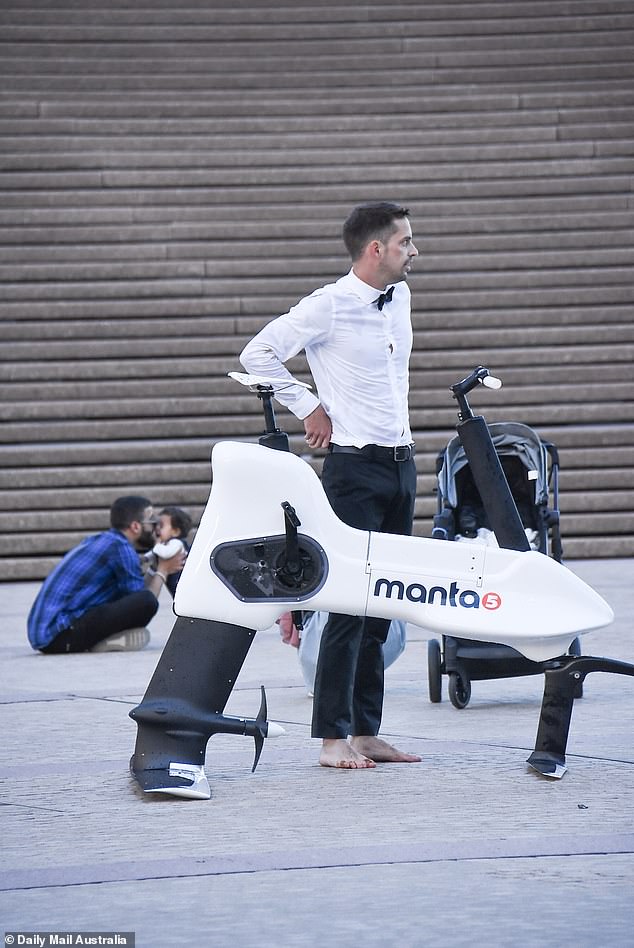 Mr Bakhuizen told Daily Mail Australia he had planned to ride the water bike from the Opera House beach to Circular Quay where he would walk the red carpet in time for the 007 premiere.

But his plan backfired when an Australian Federal Police boat gave chase.

‘The police were a bit puzzled, they were like what the hell is going on,’ Mr Bakhuizen said. 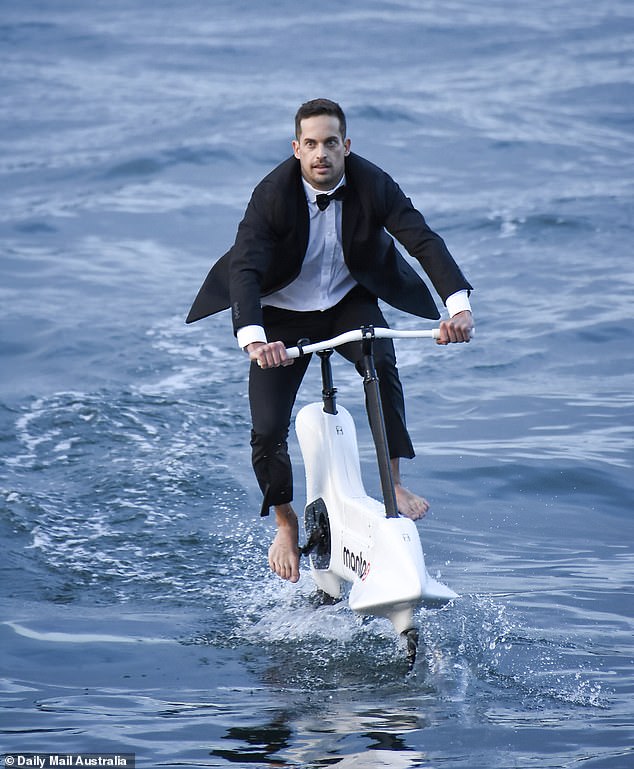 ‘I said “just riding my bike mate”, I couldn’t stop or I’d fall into the water.’

The stuntman claimed he checked with water police before the plan unfolded but realised he had accidentally entered a Ferry zone.

When he made it back to shore police were on the ground waiting to question him and take down his details.

The Manta5 – which retails for around $13,490 – was intended to go on display with two other models at the James Bond premiere before the stunt went haywire.

Despite copping a $500 fine after the plan backfired, Mr Bakhuizen dried off in time to still make it to the film screening. 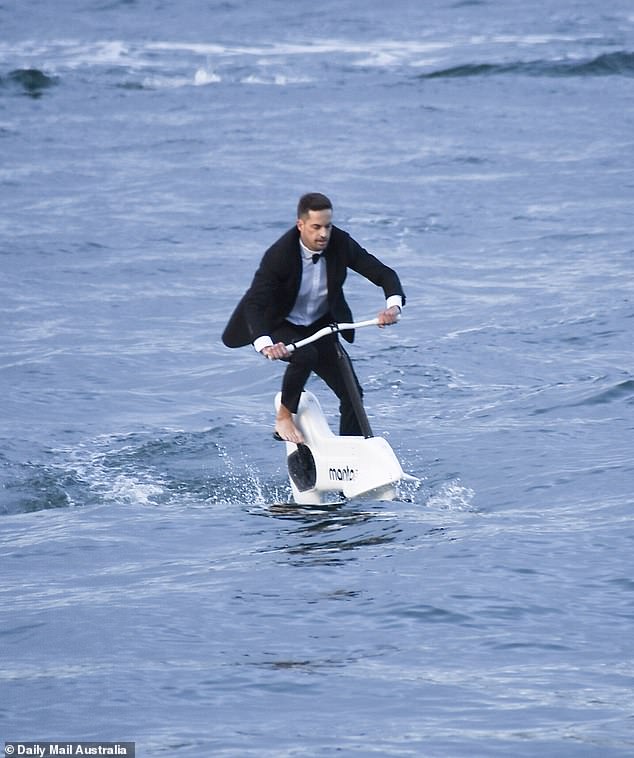 The Manta5 – which retails for around $13,490 – was intended to go on display with two other models at the James Bond premiere