Jake Humphrey has launched a staunch defence of pundit Karen Carney and taken aim at the ‘misogynistic’ and ‘vile’ abuse she was subjected to following her comments about Leeds United.

Former England footballer Carney was part of Amazon Prime’s punditry team for their coverage of Leeds’ win over West Brom last week – but a few seconds of her post-match analysis was heavily criticised.

The short clip was tweeted out by the club’s official Twitter account – and Humphrey has now passionately criticised the barrage of hurtful comments that followed. 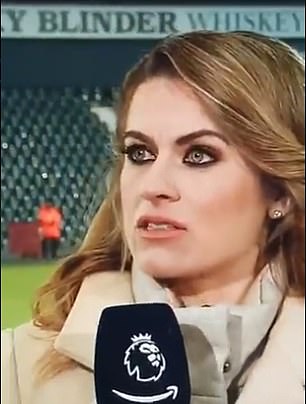 ‘But the whole point of living in a civil society is that we all have opinions, we must disagree, and it causes debate.

‘What’s not cool though is the horrible, misogynistic, sexist and vile abuse that went Karen’s way in the hours after her comments about Leeds. That is not an example of a tolerant society.’

Leeds posted the clip of Carney’s analysis on their official account to their 667,500 followers 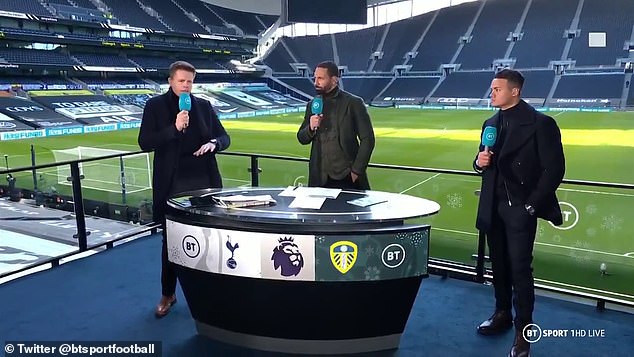 In the footage she was criticised for, Carney suggested Leeds earned their top-flight status as a result of last season’s postponement due to coronavirus.

‘I actually think they got promoted because of Covid, in terms of it gave them a bit of respite,’ she said.

The number of abusive comments continued to grow after the club opted to share the snippet of Carney’s commentary with their 667,500 followers on the popular social media site.

In the wake of the incident, Carney, 33, chose to delete her Twitter account. Her page had 78,000 followers at the time. 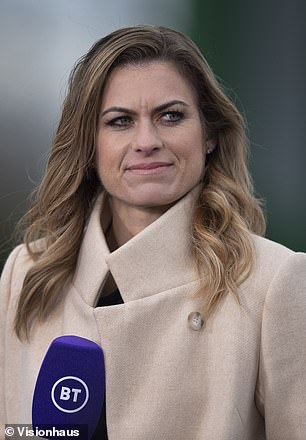 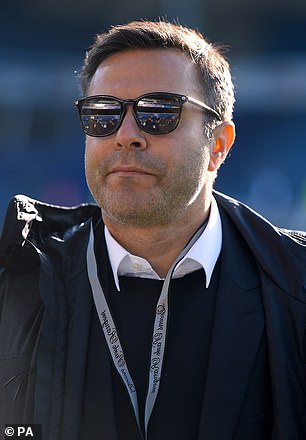 Leeds owner Andrea Radrizzani has since condemned the abuse directed at Carney – but explained the intention of the tweet, which he initially appeared to endorse, was simply to ‘defend’ his club.

Carney was contacted by Leeds on Wednesday and invited to their training ground to film a TV report before their FA Cup third-round clash with Crawley.

‘Everyone at our club respects Karen greatly for all she has achieved in the game, as well as her work in the media and the charity work she undertakes.’

Carney uploaded a picture onto her Instagram page on Saturday evening after working on BT Sport Score earlier in the day. She wrote: ‘Great to be back at work today, doing what I love. Big thanks for all the support this week.’ 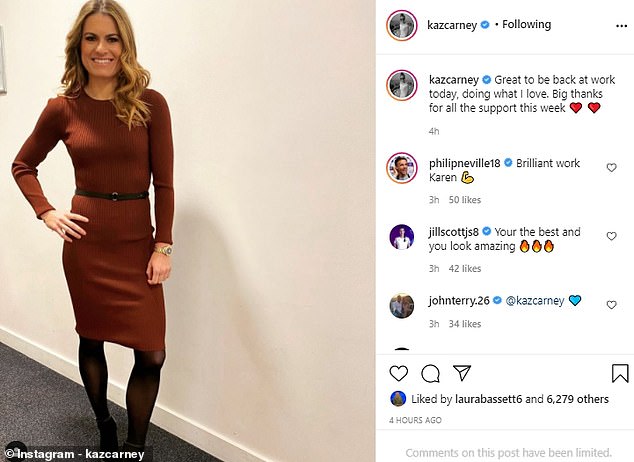