Sancho, 22, was recently sent to Holland to train by Erik ten Hag amid concerns over his physical and mental readiness to play for United.

His was left off the club’s mid-World Cup training camp to Spain with Ten Hag explaining that he was not in the right frame of mind or fitness to play for the club.

He had been training at Dutch amateur club OJC Rosmalen with coaches recommended by Ten Hag.

However, Ten Hag confirmed last week that Sancho would be returning to Manchester to continue his work on an individual programme before hopefully joining back up with the team in the not too distant future.

‘He is back in Manchester and will start individual training,’ said the United boss when asked for an update on Sancho’s comeback. 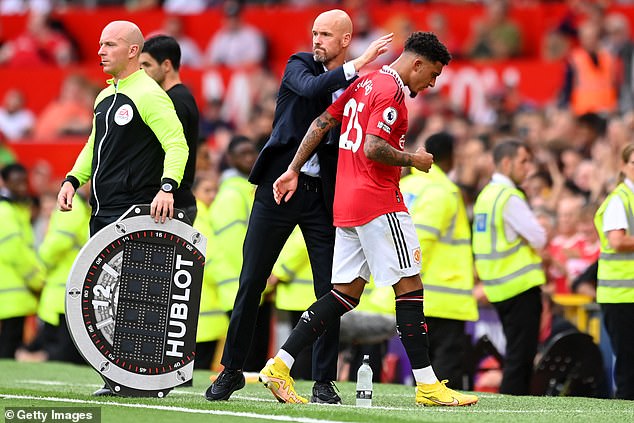 ‘Of course, the time is coming but the time is not now. He is making progress and we will see when he is ready to return to the squad.’

Sancho has not played for the club in over 10 weeks, with his last minutes coming in October’s 1-1 draw with Chelsea at Stamford Bridge.

His turbulent last two months came as a bit of a shock after the former England man started brightly under Ten Hag, including scoring three goals in his first eight games of the season having impressed on their pre-season tour.

His early season form had sparked questions about whether he might have been due an England recall in the autumn. Some supporters were left scratching their heads when that didn’t arise, with Rio Ferdinand saying: ‘He’s sitting there thinking what more do I have to do? He didn’t like him when he was on fire so he must be thinking that’s the problem with Jadon Sancho.’

There were no such questions when the World Cup did eventually roll around. 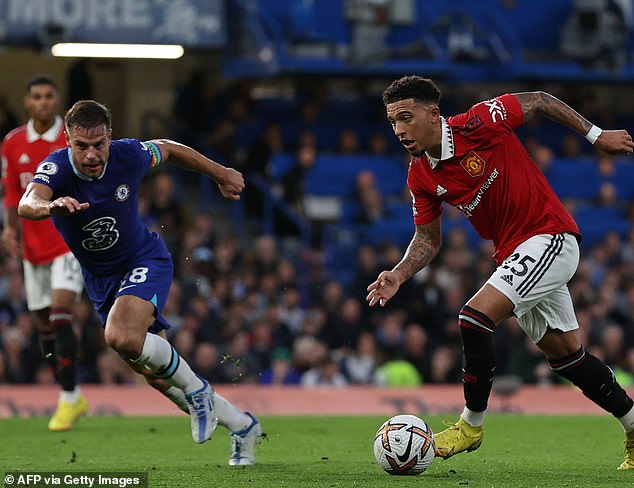 Amid confusion over what exactly was happening with the former Borussia Dortmund star, Ten Hag explained that it was as a much question of his mental wellbeing as it was physical and stressed that they wanted to reintegrate him.

‘We want to bring him back as quickly as possible, but I can’t give a prognosis of when that will be,’ Ten Hag said earlier last month.

‘Sometimes there are circumstances with fitness and mood. We got a drop of level and sometimes you don’t know why or what is causing it.

‘That is what we’re doing now to try to get him back there. It’s a combination of physical but also mentally.’