Jack Grealish, Harry Maguire and Pep Guardiola ‘at the centre of a tunnel clash after the Manchester derby’ with the Man City goalscorer ‘very disappointed’ after their defeat, reports eye-witness Jan Aage Fjortoft

Manchester City’s Jack Grealish was involved in a heated ‘discussion’ along with Pep Guardiola and Harry Maguire in the tunnel after Man United’s 2-1 win in the derby, Jan Aage Fjortoft has reported.

It came after Bruno Fernandes scored a controversial opener that some have argued should have been ruled out, as Marcus Rashford was in an offside position and may have interfered with play.

Manuel Akanji complained to the referee in a heated conversation along with Kyle Walker and Grealish after the game, as they questioned why he had not been asked to check the monitor after such a controversial goal. 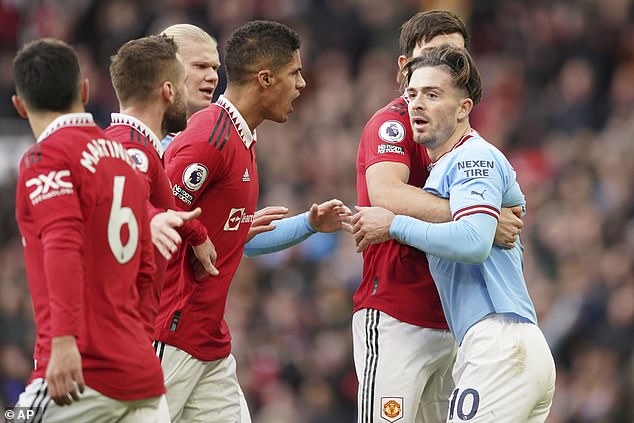 United went on to win the game as Rashford scored a winner just four minutes later, which allowed the Red Devils to move within a point of their local rivals in the Premier League table.

According to Fjortoft in a video he posted on twitter, there was a frustrated exchange between players in the tunnel after the game.

He claimed Grealish, who scored City’s only goal of the game. was ‘very disappointed’ but ‘not aggressive’ as he vented his anger in the tunnel, while the Cityzens manager and United captain were also ‘talking a bit’. 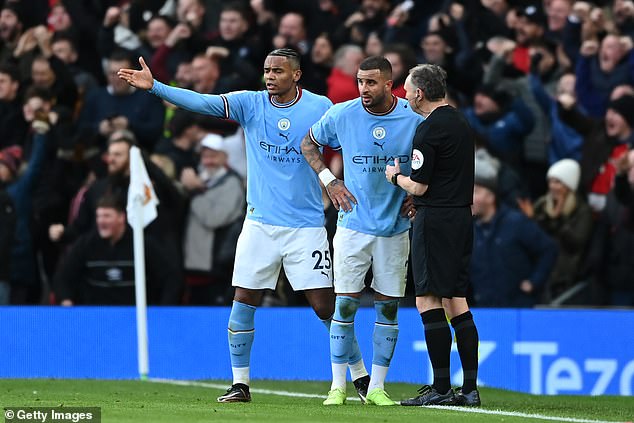 ‘We know there is a big history around this derby,’ he said. ‘After losing 6-3, you must understand that Manchester United will be very happy to turn this game around.’

Like many onlookers, Fjortoft was unsure about the validity of Fernandes’ goal, as he continued: ‘The first goal was controversial, my feeling was that it was offside, but the linesman said otherwise.’

City defender Akanji was adamant the goal should not have stood, as he said to the former Norway striker after the game: ‘Rashford is chasing the ball for 30 metres in an offside position. I think he is like two or three metres in front of me.

‘I claim offside because I see him in the position and he is chasing the ball clearly until the last second. For me it is clear interference.’ 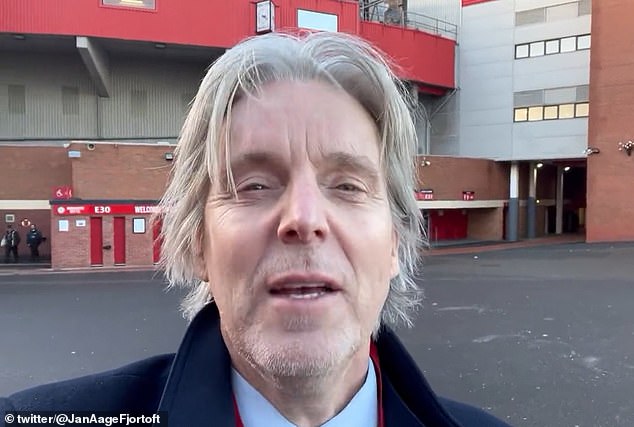 Akanji took aim at the officials in the game and questioned how well they handled the Old Trafford atmosphere, as he added: ‘The ref didn’t say anything to me. I spoke to the linesman and he said “did Rashford touch the ball?” I said “no, but’s chasing it for a very long time and he tries to play it until the last second.”

‘For me in that situation the referee has to at least look at it, but they say it wasn’t like this, probably the pressure got to him as well, and that’s why he decided to let it go.’

For United, the win moves them within six points of leaders Arsenal ahead of tomorrow’s North London derby, and may bring talk of a title challenge to Old Trafford after a lean few years.