Jacinda Ardern has been formally appointed as New Zealand’s prime minister for her second term in office.

Ms Ardern and her ministers were joined by their families and close staff when they were sworn in by Governor-General Dame Patsy Reddy in the Government House ball room in Wellington on Friday morning.

She was flanked by MP Nanaia Mahuta for the singing of the karanga, an element of cultural protocol of the Māori people, before the ceremony.

It comes after Ms Ardern’s Labour Party won 49 per cent of the party vote in the New Zealand general election last month, which is the first time a party has won enough seats to govern alone since 1996.

Ms Mauhta acquired a Māori facial tattoo (Tā moko) in 2016 and became the first female MP to wear one in the New Zealand parliament.

In another first, she was sworn in as the Minister of Foreign Affairs on Friday – becoming the first woman to ever hold the position in New Zealand.

She has also served as the Minister for Māori Development and the Minister of Local Government in Ms Ardern’s Labour Party since 2017.

Ministers gave their oaths in a variety of languages: the prime minister and most others spoke in English, others did so in te reo Maori, New Zealand’s indigenous language. 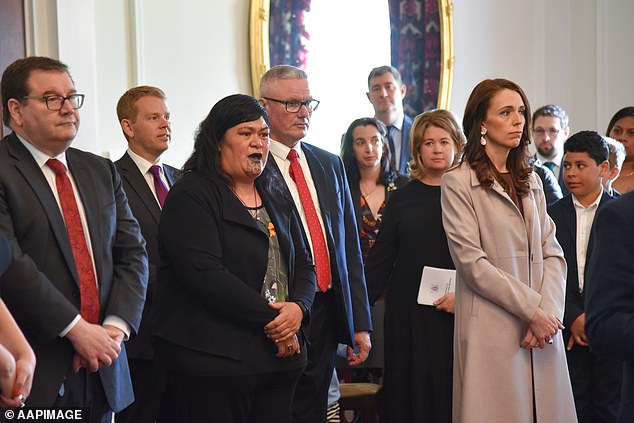 Ms Ardern was flanked by Nanaia Mahuta (third from left) for the singing of the karanga, an element of cultural protocol of the Māori people, before the ceremony

For the first time, the ceremony included a traditional Maori welcome and prayer – a karanga and a karakia.

Ministers also received their warrants of appointment in te reo Maori, the country’s indigenous language, for the first time. 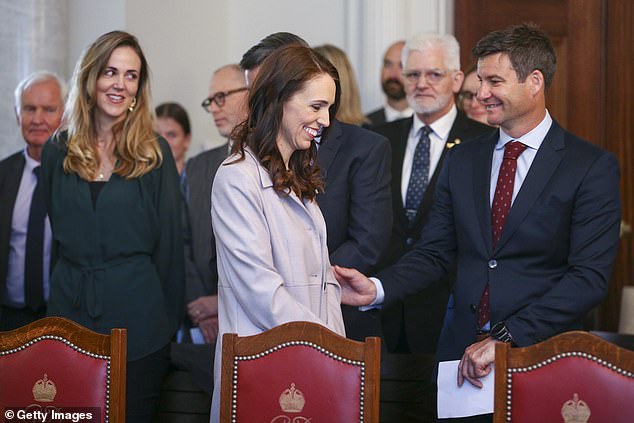 It comes after Ms Ardern’s Labour party won NZ’s general election by a landslide last month, securing three more years in power after the country stopped the spread of coronavirus.

Her centre-left Labour Party had won 49 per cent of votes, enough to secure 64 seats in the 120-seat parliament, the country’s first majority since 1996.

The centre-right National Party had only 27 per cent of the vote and 35 seats, a disastrous result for the main opposition party which suffered its second-worst tally in its 84-year history.

Kiwis also voted on the legalisation of cannabis for personal use and euthanasia.

Preliminary results on election night were 53 per cent against the Cannabis Legalisation and Control Bill, while 46 voted for legalisation of the drug.

The End of Life Choice Act gained 65.2 percent support on election day, so this result is expected to stand. 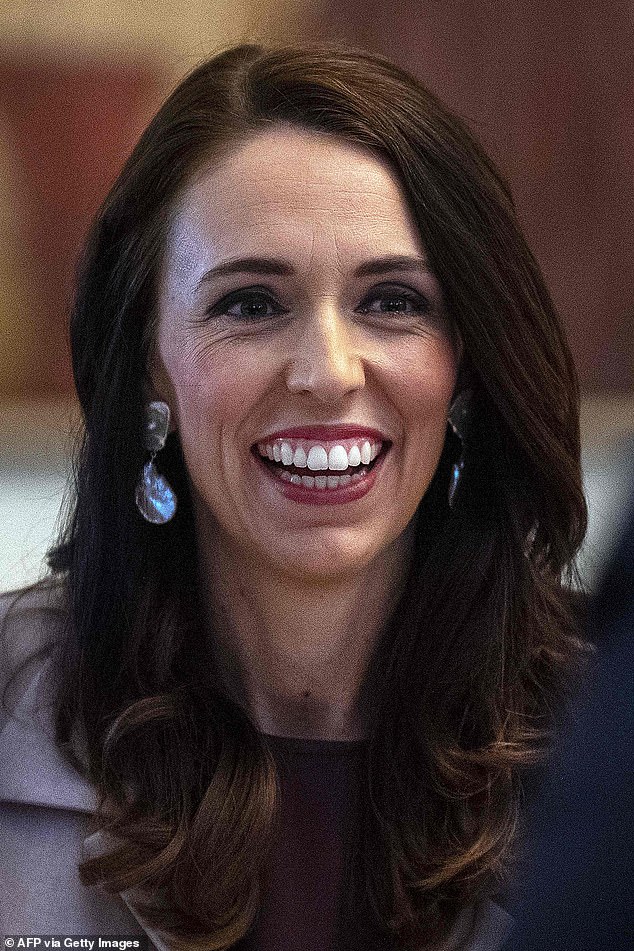