Ivan Toney has issued an apology after being filmed saying ‘f*** Brentford’ in a social media video.

A video emerged on Friday of the striker alongside a woman repeating the phrase whilst on holiday.

‘I am aware of a video of me that was published on social media today, taken in Dubai where I have been on holiday during the winter break. In it, I used language that was unacceptable,’ Toney said in an Instagram story.

‘The video was cut short and edited, but I have to accept the impact this has had and I realise I should not have put myself in that position.’

The striker, who has scored 40 goals in 76 appearances since joining Brentford in 2020, said he had also spoken to Bees boss Thomas Frank to apologise. 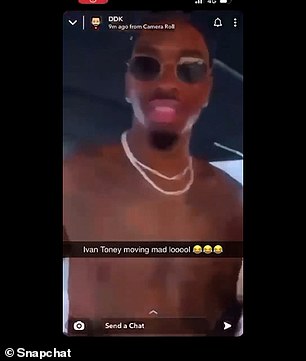 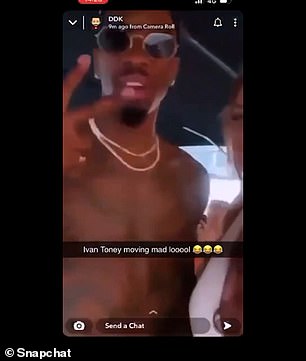 In the video which emerged on Friday, Toney was filmed repeating the phrase ‘f*** Brentford’ 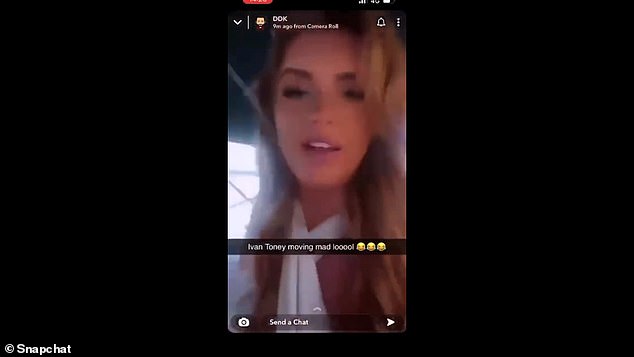 Alongside him, an unnamed woman was also filmed repeating the phrase multiple times

‘I have explained to the gaffer what happened and apologised to him but I also want to apologise to all Brentford fans.

‘I respect the way you all support the team and I have to say how much I love playing for the club and you.

‘I’ll be back training next week, working hard to score more goals to win us more for the rest of the season. 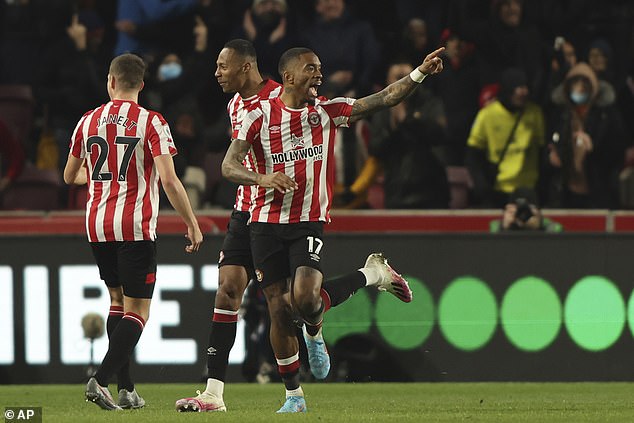 Toney fired Brentford to promotion last season with 31 goals in 45 games and is the club’s top scorer this season with six goals.

The video, which appears to have come from Snapchat, shows a lady first who says the words ‘f*** Brentford’.

The camera then moves to show a topless Toney wearing sunglasses, who puts two fingers up in a ‘V shape’ before repeating the same words.

The lady in the video then repeats ‘f*** Brentford’ one more time and laughs before the video is stopped.

The clip also contained the words: ‘Ivan Toney moving mad looool,’ with a series of laughing emoji faces after it.

Speaking at the end of last year, the former Newcastle forward praised his team-mates and said the club were ready to compete at the highest level.

‘From the starters to the subs we have quality all over the field. We’re missing some main players but the other boys came in and did great,’ the forward told the club’s official website after defeat by Manchester City.

‘It’s not just quality though – it’s wanting to work hard and knowing your job when you get in the team, and they did both.’ 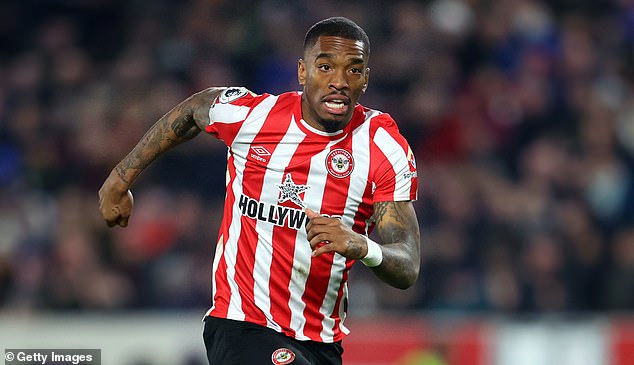 ‘Everyone is always ready for the opportunity to play and the players who came in did well, but when we get everyone back we have a great squad and we can compete at the highest level.’

Toney has scored 40 goals in 76 appearances for since joining Brentford from Peterborough in 2020.

The striker – who last year was backed for an England call-up but remains undecided over his international future as he considers whether to declare for the Three Lions or Jamaica – was signed by Newcastle in 2015 from Northampton.

However, he made just four appearances for the Magpies having been sent on a series of loans to the likes of Barnsley and Wigan Athletic.