Growing up, you might have been told that being popular isn’t the be-all and end-all.

But when it comes to dating as an adult it appears to help, according to a new study.

People looking for love are more likely to pursue a romantic relationship with someone who comes across as well-liked by others, researchers have discovered.

Growing up, you might have been told that being popular isn’t the be-all and end-all. But when it comes to dating as an adult it appears to help, according to a new study (stock image)

A team from the University of California asked more than 550 speed-daters to rate their romantic interest in the potential partners they met.

After the event, they surveyed the participants over the next few months to assess whether they dated any of the potential partners they had met and how their romantic feelings changed over time.

Analysis revealed people were likely to pursue a romantic relationship with both those who they thought were popular and those they were compatible with.

Co-author Alexander Baxter said: ‘Although we expected popularity to be an important factor in the study, we were amazed to find that a good first impression is not just a popularity contest, it’s also about compatibility, even when people are still getting to know each other.

‘In other words, although it helps to be popular when it comes to getting a second date, having a unique connection with a potential partner can be just as important.’

Writing in the journal Proceedings of the National Academy of Sciences the researchers said: ‘Because certain traits signal mate value – for example attractiveness, fertility, resource potential – they can be quickly and consensually assessed in a first encounter and inspire a lingering first impression.

‘These studies demonstrate that romantic first impressions – especially the popularity and compatibility components of those impressions – are an important factor in the early stages of relationship development.’ 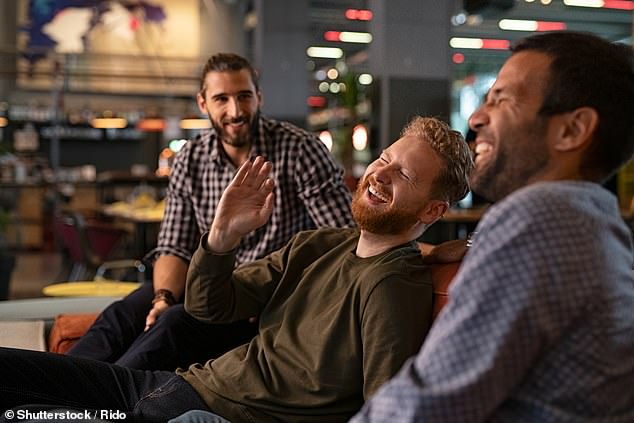 The study comes shortly after researchers from the University of Nicosia in Cyprus conducted research to discover why more people than ever are choosing to stay single.

It found that the top reasons are being able to have more time for yourself, focus on your goals and make your own decisions.

However, men rated ‘freedom to flirt’ more highly, while women saw more benefit from ‘no tension and fights’.

‘Fights between couples may escalate to physical violence to which women are more vulnerable, which, in turn, would motivate them to avoid such situations, with one way to do so being not to be in an intimate relationship,’ the researchers explained. 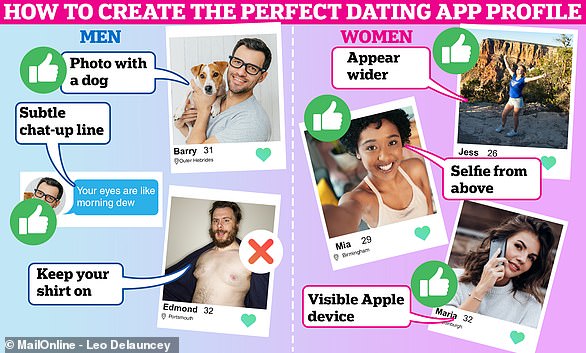 Studies have shown that having a dog in your photos, or an Apple product, increase your chance of getting a match