Welcome to Glast-home-bury! Music fans recreate festival scuppered by coronavirus in their gardens… complete with Pyramid Stage replicas, tents and a bar stocked with ‘bevs’

By Emma Powell and Jennifer Ruby For The Daily Mail

Festival fans who’d hoped to spend this weekend watching Sir Paul McCartney or Taylor Swift have had their plans scuppered by coronavirus.

But rather than let the glorious weather go to waste, ticket-holders across the country have decided to recreate the Somerset extravaganza in their own gardens – and share the results on social media under the hashtag #Glasthomebury.

Fee Rees, 50, erected a makeshift replica of the festival’s Pyramid Stage in her Worcestershire garden, along with a tent and bar.

Showing a lot of bottle: Emma Martin with neighbours in Droltwich, Worcestershire. They are celebrating the 50th anniversary of Glastonbury remotely in the garden after the festival was called off because of the coronavirus pandemic 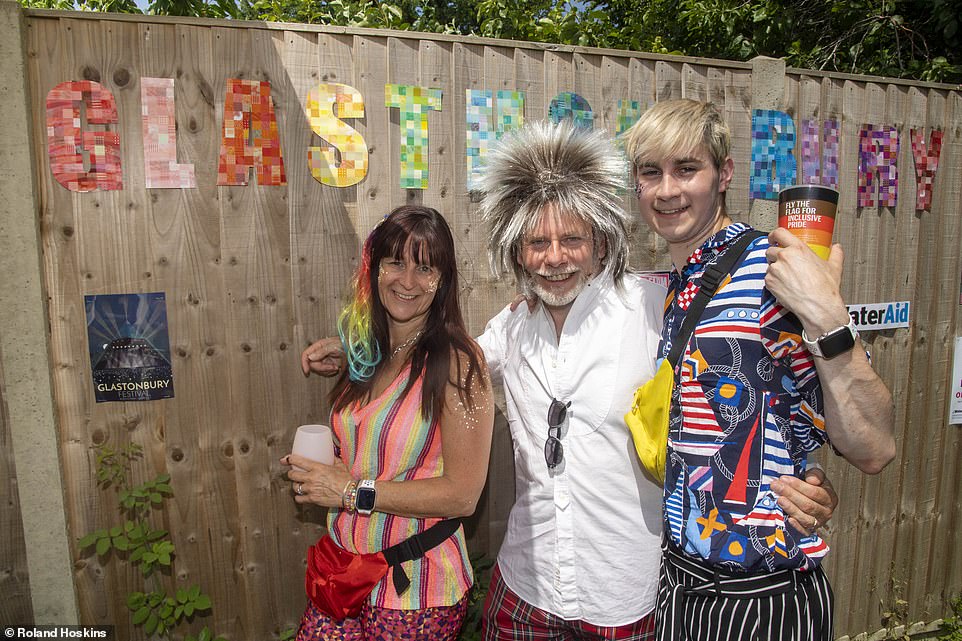 Rebecca Carter, 53, husband James and son Cayman from Little Bookham in Surrey, have turned their garden into a campsite. ‘We’ve done Glastonbury about half a dozen times over the years,’ she said 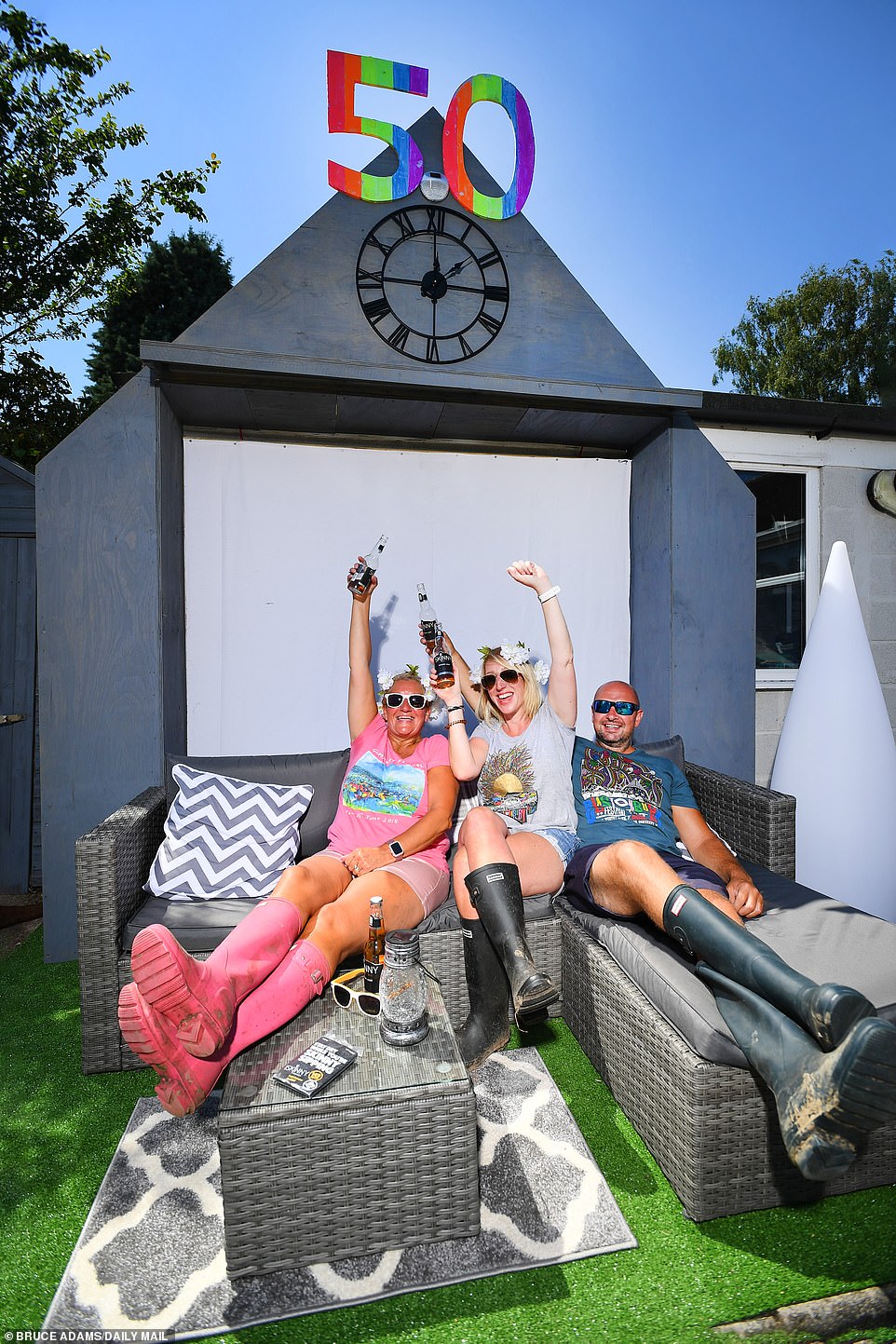 Sitting amid their own Pyramid stage is Fee Rees 50 (left) with her neighbours Emma Martin, 38, and Wayne Freer, 40, from Droitwich, Worcestershire

She plans to host friends, family and even some live performers this weekend – including one pal’s ‘stupidly talented’ 16-year-old.

Rebecca Carter, 53, from Little Bookham in Surrey, has also turned her garden into a campsite. ‘We’ve done Glastonbury about half a dozen times over the years,’ she said.

‘We got our tickets and obviously like everybody else who did we’re really disappointed. So we thought “all right, we’ll do Glastonbury in the garden”.’

The family plan a ‘low-key’ weekend of ‘social distancing’ with visitors ‘dropping in and out’. 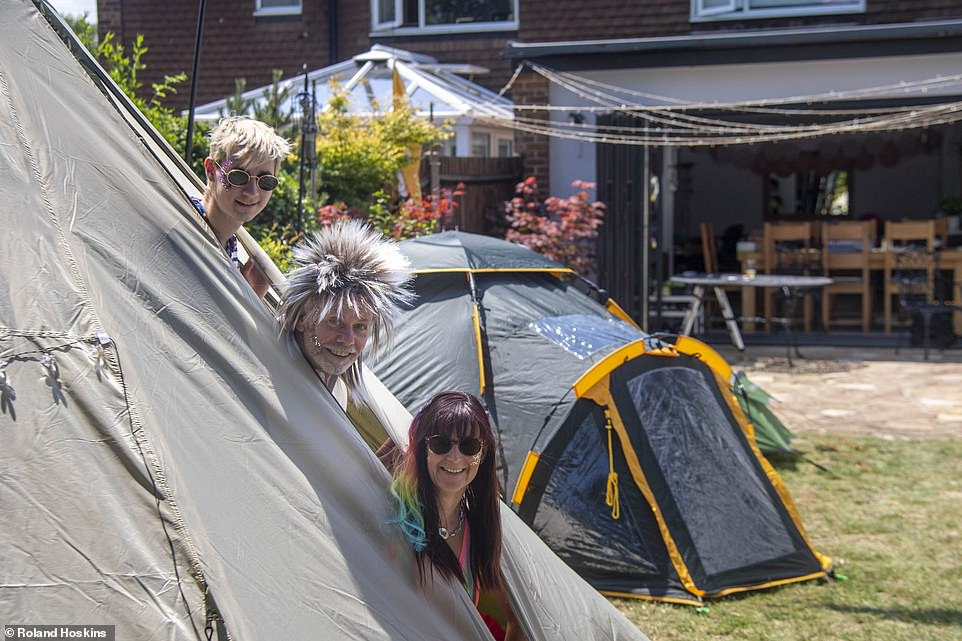 We’re still happy campers: The Carter family, above, have pitched tents in their Surrey garden 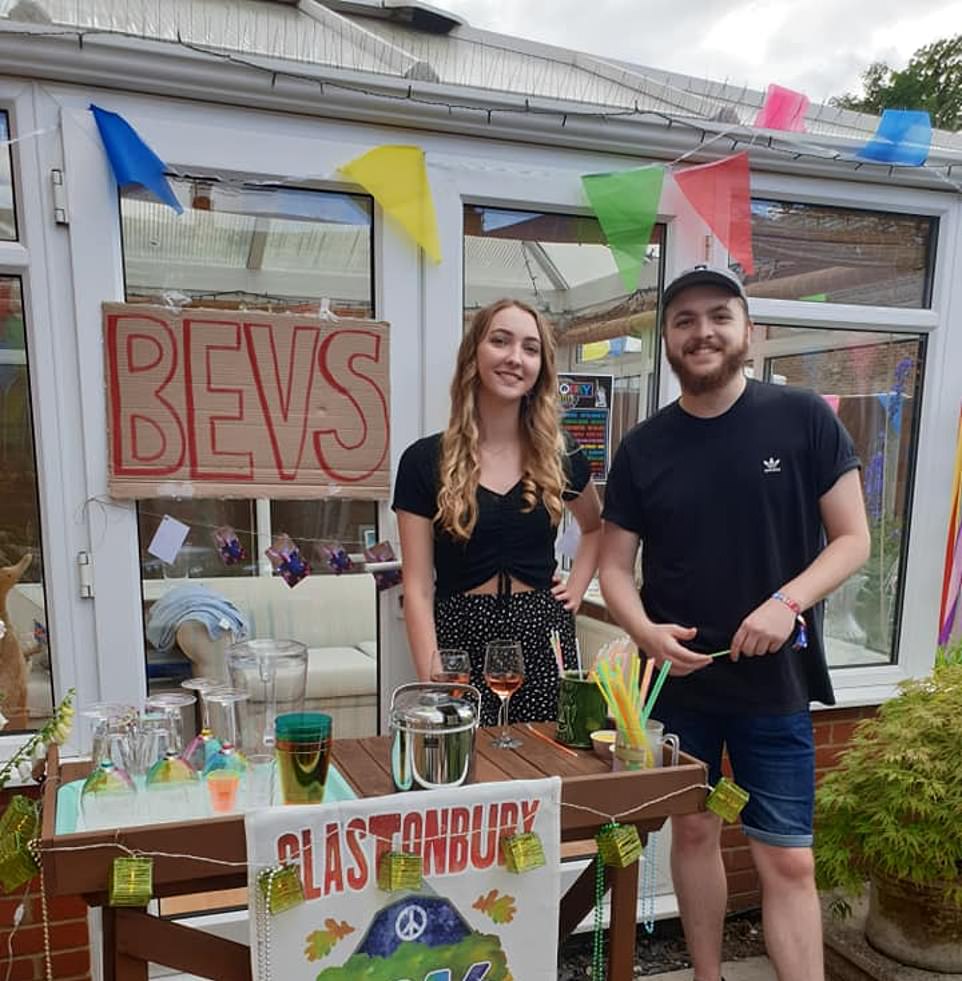 At least there’s no queue: James Cook and his sister Jennie at the bar set up by his girlfriend 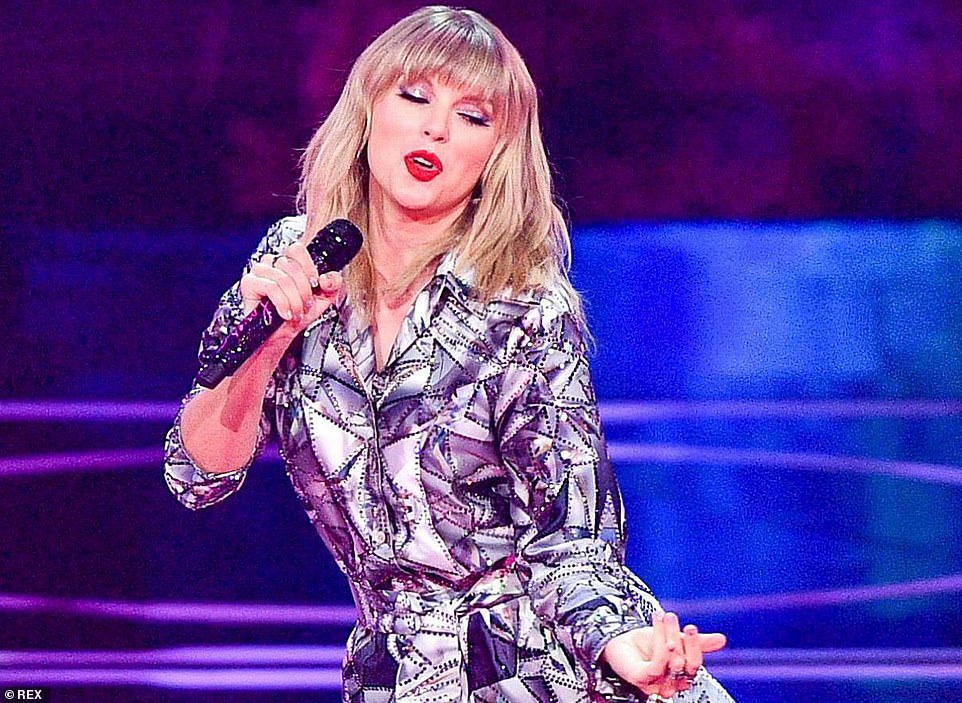 Best-laid plans: Taylor Swift had been due to make her Glastonbury debut as the headline act tomorrow

In Stevenage, James Cook, 27, received an extra special birthday present when his girlfriend Casey Jacq, 24, threw him a festival-themed party, complete with a ‘love shack’ and bar well stocked with ‘bevs’.

Glastonbury chiefs Michael and Emily Eavis have shared a virtual line-up online, with playlists filled with acts who had been due to play at the festival’s 50th anniversary this weekend.

The BBC is showing highlights from previous years, including sets from Adele and Coldplay on BBC2 tonight.

The corporation has even sent a skeleton crew to broadcast live from a deserted Glastonbury, with presenters filmed against a backdrop of Worthy Farm’s empty fields. 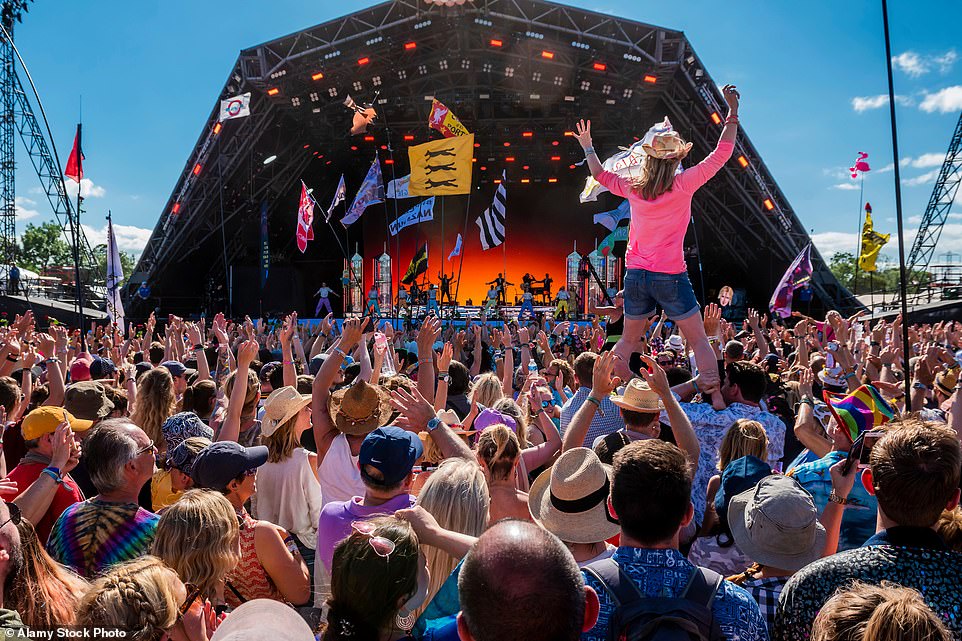 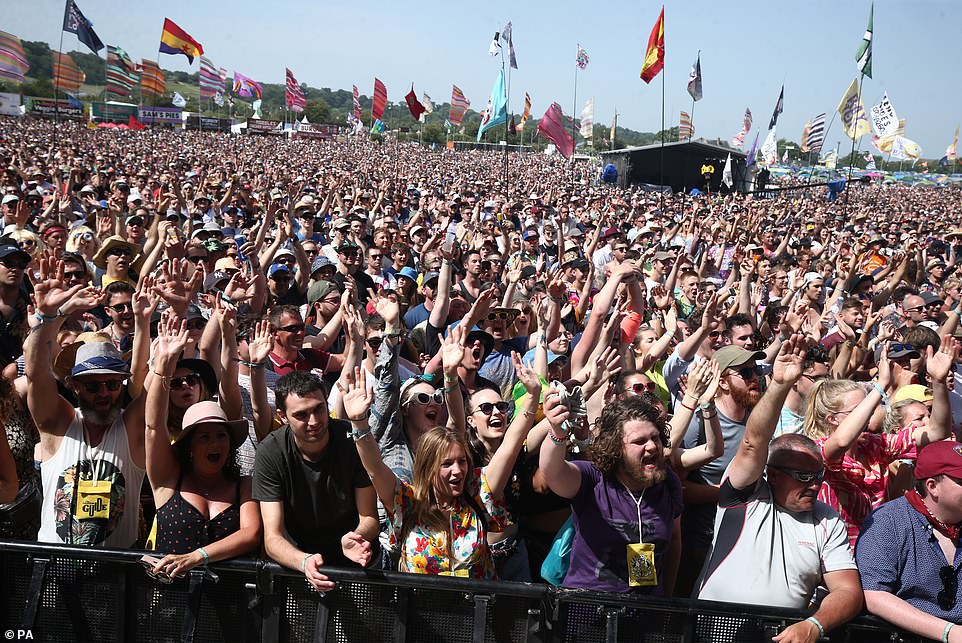 The crowd watches The Vaccines play on the Other Stage on Friday June 28 2019. Glastonbury chiefs Michael and Emily Eavis have shared a virtual line-up online, with playlists filled with acts who had been due to play at the festival’s 50th anniversary this weekend