By Chris Dyer For Mailonline and Reuters

New deaths from coronavirus in Italy climbed by 437 today while the daily tally of new infections increased to 3,370 from 2,729 on Tuesday.

As new cases and fatalities increased, Italy saw a drop in the number of people currently infected with the disease for the third day in a row.

The total death toll since the outbreak came to light in the country on February 21 now stands at 25,085 the agency said, the second highest in the world after that of the United States. 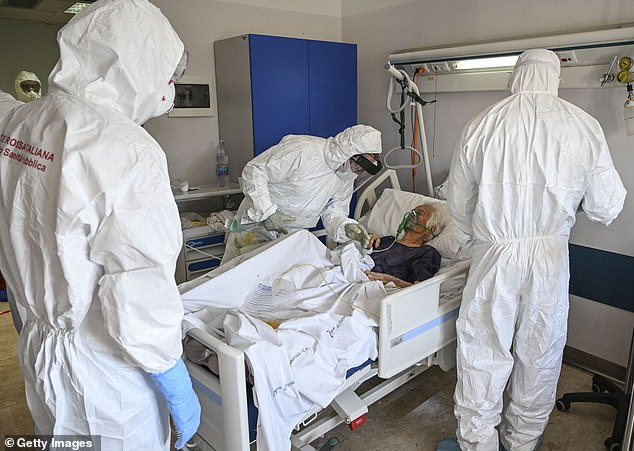 A 97-year-old patient who is Covid-19 positive and asymptomatic was operated on for a femur fracture is pictured being checked on at Cannizzaro Hospital in Catania, Italy, today

The number of confirmed cases was 187,327, the third highest global tally behind those of the United States and Spain.

People registered as currently carrying the illness fell to 107,699 from 107,709 on Tuesday, a third consecutive daily decline.

There were 2,384 people in intensive care on Wednesday against 2,471 on Tuesday, maintaining a long-running decline.

Of those originally infected, 54,543 were declared recovered against 51,600 a day earlier.

Today it also emerged that Italy – the hardest-hit European country – could have thousands of extra virus deaths that have gone unrecorded. 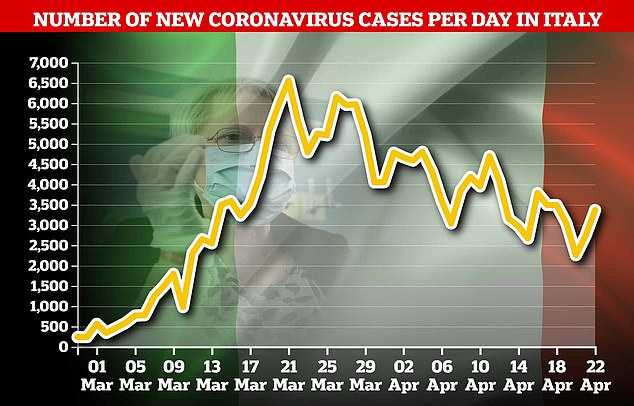 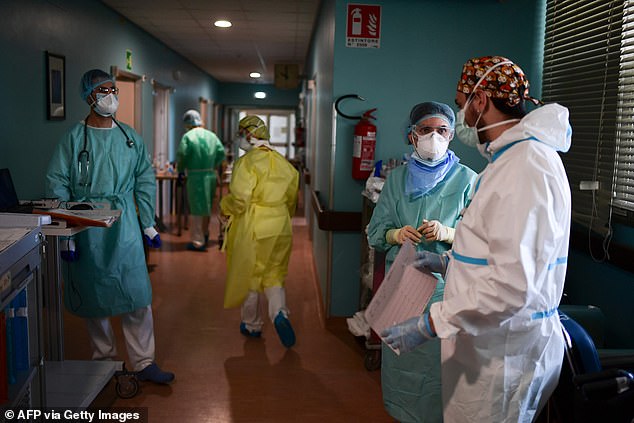 The excess mortality data complied by the New York Times and The Economist reveals the true death toll in Italy’s epicentre of the Lombardy region could be double the official figure.

Between March 1 and April 4, the region registered a total of 12,802 deaths more than usual for the time of year.

Of those, 6,132 were attributed to coronavirus – leaving another 6,670 excess deaths that have gone unexplained.

Yesterday Italian Prime Minister Giuseppe Conte announced the government would lift some lockdown measures on May 4.

He said Italian businesses would start to reopen early next month, but the government will not be lifting all the measures that are currently in place.

The country has been under some of the strictest lockdown measures among western democracies since the nationwide quarantine was imposed by Conte on March 9, restricting all but necessary movement.