EXPRESS INFORMER > News & Politics > Italy tested more than a million people for coronavirus as it sees fall in its daily cases to 2,646

Deaths from coronavirus in Italy climbed by 464 today, but the daily tally of new infections declined to 2,646 from 3,370 on Wednesday.

As many as 40 per cent of those new cases were in the hard-hit Lombardy region where the first domestically transmitted case was confirmed just over two months ago.

The total official death toll since the outbreak came to light on February 21 now stands at 25,549, the Civil Protection Agency said.

Italy has the second highest death toll in the world after that of the United States.

These new figures came as data on the number of tests carried out was revealed for the first time. 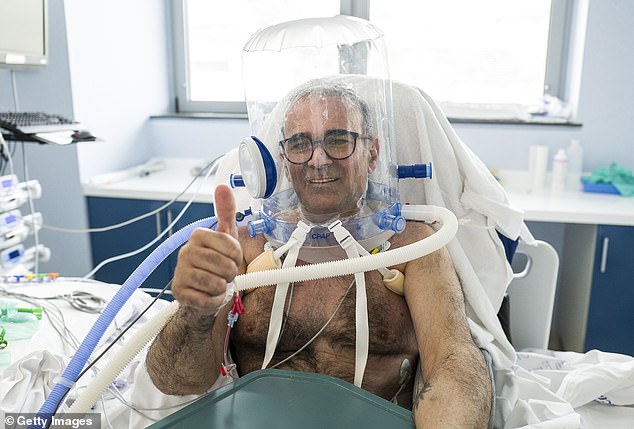 The civil protection unit published statistics on how many patients had been tested for the virus so far in Italy, putting the number at 1.053 million, out of a population of around 60 million.

The agency had previously only issued data on the number of swabs carried out.

This is a much higher figure – 1.58 million up to Thursday – because many people are tested two or three times.

Lombardy, at the epicentre of Europe’s worst coronavirus outbreak, began an antibody testing program today as it prepared to start opening up its economy following weeks of lockdown.

The so-called serological tests on intravenous blood samples, using a kit designed by diagnostics specialist Diasorin, will be carried out in 14 of the worst-hit areas of Lombardy before being extended to the whole region next week.

Unlike nasal swab tests, which look for the presence of the coronavirus directly, the serological tests look for antibodies that indicate viral contagion, but they are quicker and simpler to administer. 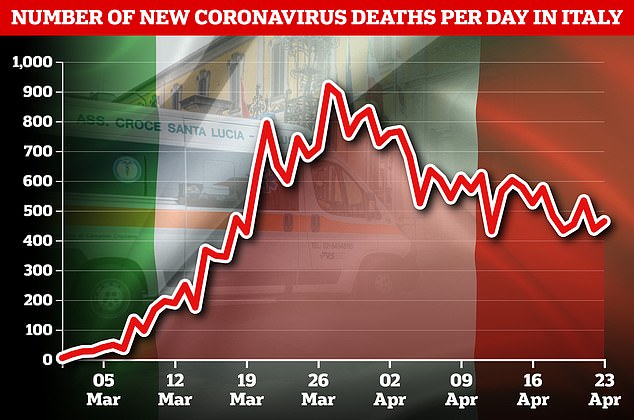 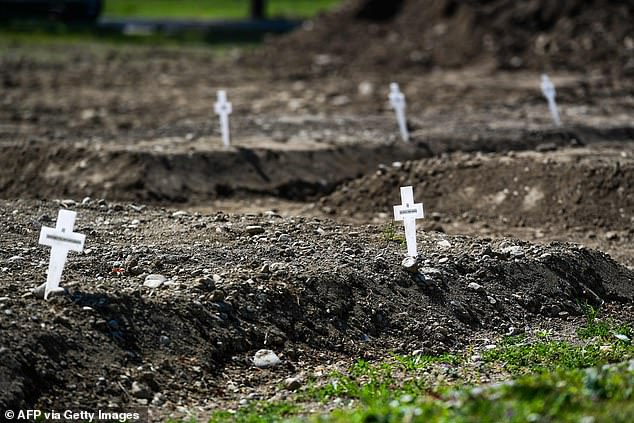 They come as authorities around the world have begun to step up broad-based testing programs they hope will give them a clearer picture of the spread of the virus, as they plan a gradual easing of lockdown measures that have kept much of the world’s population in confinement for weeks.

In Germany, where tracking and testing has been carried out since the outbreak began in the country, have completed 1.73million diagnostics.

So far, Germany has carried out tests at a rate of 350,000 a week, according to Jens Spahn, the country’s health minister.

Britain announced yesterday it was sending 20,000 antibody tests to citizens’ homes in a first wave, with up to 300,000 people expected to take part in the swab testing scheme within the first year.

Health officials in Britain have so far only managed 4,900 tests after setting a target of 100,000 a day by the end of this month. 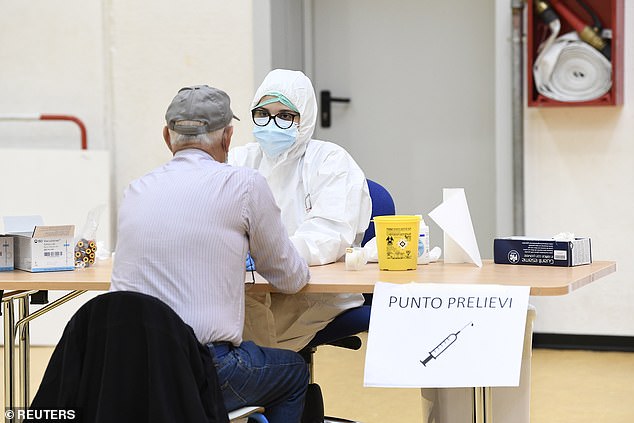 A medical worker in a protective suit takkng a blood sample from a man to test for the coronavirus at a converted gym in Cisliano, near Milan, on Tuesday

The French government, which has also come under pressure for the lack of protective equipment and test kits, said that 500,000 people a week should be able to be tested by May 11.

Just over 4 million tests have been done in the United States and it has been estimated over 20 million have been conducted across the world.

The number of confirmed cases in Italy is now 189,973, the third highest global tally behind those of the United States and Spain.

People registered as currently carrying the illness fell to 106,848 from 107,699 on Wednesday, a fourth consecutive daily decline.

There were 2,267 people in intensive care on Thursday against 2,384 on Wednesday, maintaining a long-running decline. 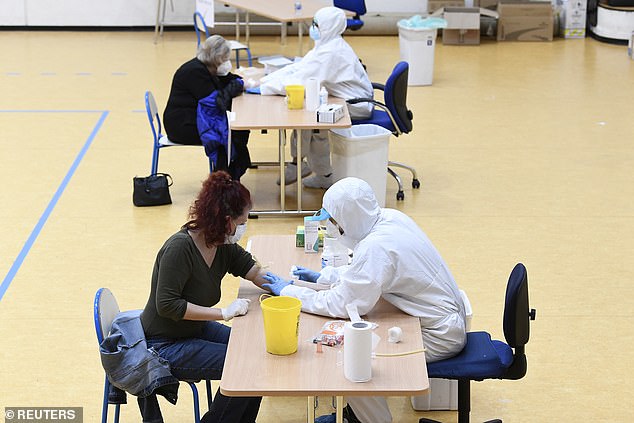 Of those originally infected, 57,576 were declared recovered against 54,543 a day earlier.

Authorities in Milan today began burying dozens of coronavirus victims whose bodies have not been claimed by relatives.

As the death toll in virus epicentre Lombardy rose and with morgues threatening to be overwhelmed, Milan decided to reduce the amount of time relatives had to claim a body from 30 days to five.

Relatives who may not have been able to claim bodies because of tough quarantine restrictions or because they themselves were sick will be able to move their loved ones after two years ‘for sanitary reasons’, the mayor of the city said.

The designated areas has room for up to 600 unclaimed bodies, but the authorities hope they will not use all of the space.

Nearly 13,000 people have already died of the virus in Lombardy, whose capital is Milan – which has over half of Italy’s total fatalities.