EXPRESS INFORMER > Sports > ‘It did my head in”: Jamie Redknapp hits out at Thiago’s critics as he heaps praise on midfielder

‘It did my head in listening to people who don’t understand the midfield role’: Jamie Redknapp hits out at Thiago’s critics and labels Liverpool midfielder ‘one of the best technicians in world football’ after display against Leeds

Jamie Redknapp has hit out at critics of Liverpool midfielder Thiago, saying his critics do not understand the midfield role he plays in.

The midfielder was criticised at times last season but put in an impressive display during Sunday’s 3-0 win over Leeds.

And following a display which saw Thiago have a goal disallowed in the first-half for an earlier offisde, former Liverpool midfielder Redknapp believes the negative assessment of the Spanish midfielder last season was unfair. 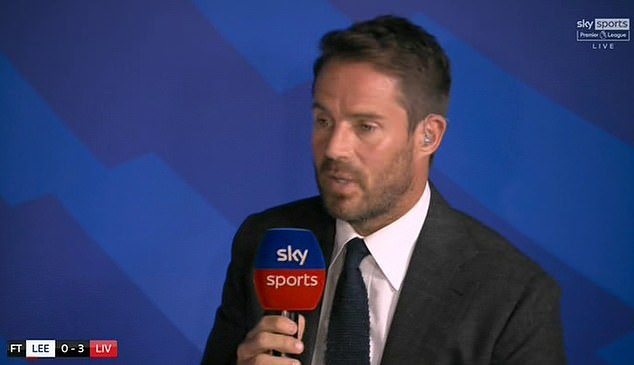 🗣 “When Liverpool go on a bad run, people say he slows the play up, he can’t handle the intensity, absolute garbage! This guy is one of the best technicians you will see in world football.”

‘I’ve listened to a lot of people talk about Thiago. When Liverpool go on a bad run people go ‘he slows the play up and can’t handle the intensity’. Absolute garbage.

‘This guy is one of the best technicians you’ll see in world football don’t matter what kind of pressure you put him under, he’s never panicked.

‘He relaxes on the ball. There was a lot of times (on Sunday) where he was in good positions to help out the defence.

‘He is incredible to watch and it did my head in last year listening to people who don’t understand the midfield role. How to keep the ball, what to do, how to be in the right position.  how to show quality, how to set people up for chances. 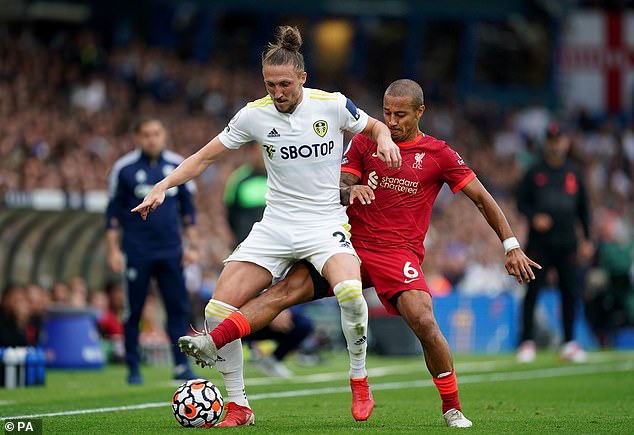 ‘It’s because people are always looking for a scapegoat. Someone to say it’s their fault. he is brilliant and that’s why Jurgen Klopp played him today.

‘It would have been easy to go with Keita or Henderson and try and outrun this Leeds side. He realised you need a brain. You need someone that’s gonna show composure, be relaxed on the ball and play to a red shirt. that’s’ what he does.’ 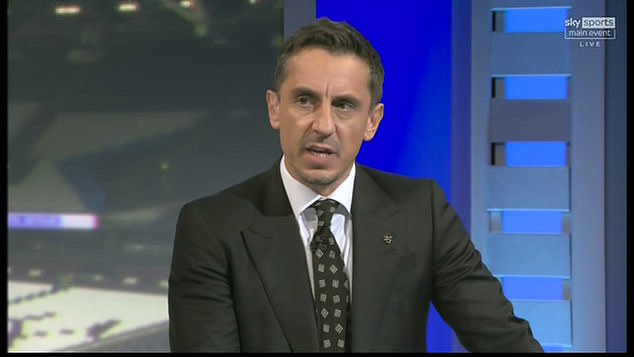 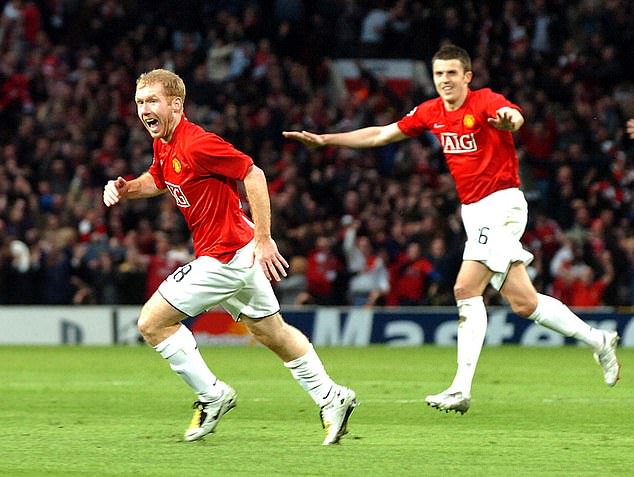 ‘That Liverpool midfield wasn’t perhaps the most athletic or mobile,’ said Nevillelater on Sunday. ‘Klopp could have played Jordan Henderson, James Milner and Naby Keita to match Leeds up. But it was all about composure.

‘Thiago reminded me of the way Paul Scholes played at Anfield. There would be a frantic spell in the game and all of sudden there would be a small guy in the middle of the pitch who would get his foot on the ball and there would be calm and peace.

‘Michael Carrick could do the same and Thiago did the same today. It was an example of what he has been signed to do. When it’s frantic and desperate, put your foot on the ball and play the pass that opens the game up. He did that.’