EXPRESS INFORMER > Business & Finances > Is HMRC overtaxing me on my state pension?

Please can you help as I don’t know where to turn next? I turned 66 last week and had previously been advised that my weekly pension would be £183.62.

I fully expect to pay tax on this as I am already in receipt of two small work pensions of around £16,000 a year.

I received an email advising that my tax codes had changed so I checked online and there is a clear error. My tax codes for my existing pensions have been reduced for this year by the equivalent of a full year’s state pension income of £9,548.

Over the next three months of this tax year I will receive £2,911 in state pension but HMRC say they are acting on figures supplied by DWP and there’s nothing they can do.

DWP say they only advise HMRC of the start date and the weekly payment so I asked again at HMRC and they are holding the line saying this happens to everyone.

Retirement finances: I’ve just turned 66 and HMRC intends to overtax me on my state pension – how is this right?

Surely it cannot be right that they can knowingly take an additional £1,327 off me over three months to then realise that they have overtaxed me and at some point issue a refund.

If it is right and this is the way it is done why am I only finding out about it now? Nowhere in anything I have read does it warn of such a situation.

I really don’t want to wait for a refund and indeed could do with the £450ish per month in my account from January. Is there any help or explanation of this absurd situation that you are able to give?

Steve Webb replies: When I first read of your situation (and that of another This is Money reader with exactly the same issue) my initial reaction was that an error had indeed been made.

However, having taken up your case with HMRC it seems that you are being taxed correctly, but it has not been explained very well.

So I hope that I can clear up what is going on, not least to help other people who are confused by what happens to their tax code in the year in which they start to draw their state pension. 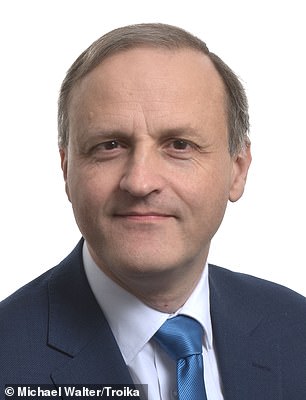 Just to recap on the basics, most people have a standard tax-free personal allowance of £12,570 per year. This is the amount you can receive in earnings, pensions and other forms of taxable income before any tax is due.

A ‘tax code’ is a way of telling your employer or pension provider how much tax to deduct at source before paying your wages or pensions.

In a simple case where you have one company pension and no other taxable income, your pension scheme will be issued with a tax code which leads them to subtract one twelfth of your £12,570 allowance from your monthly pension and deduct income tax on what is left.

Where you have two sources of taxable income – for example, a state pension and a company pension, things get a bit more complicated.

What happens in practice is that HMRC look first at your state pension. To keep things simple, we will for now assume that you receive state pension for the full financial year.

What is left is your unused tax allowance. This residual figure is then turned into a tax code which is sent to your company pension scheme and they then deduct income tax on anything above your residual personal allowance.

Now we turn to your situation, in which your state pension kicks in during the course of the year. 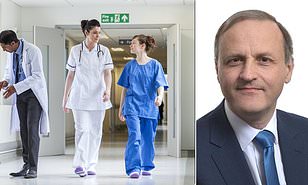 What HMRC have done is include the full 12-month value of your state pension in your tax code calculation even though you will not actually get this much during the current financial year.

Understandably, this made you concerned that you may pay too much tax.

In response, HMRC has said that although it put the full annual state pension figure into the tax code, and that this reduces the tax-free figure sent to your private pension providers, this lower tax-free amount is *only* applied to the monthly payments for the rest of the financial year.

This will result in the correct amount of tax being deducted for the year as a whole.

You have said that you understand this explanation but that it would have been better if you had received the explanation before your tax code was cut. A similar comment was made by the other reader who contacted me about this issue. I have fed this point back to HMRC.

In response, HMRC said: ‘Customers who start withdrawing from their state pension part way through a tax year can be reassured that, although their tax code may look different, it is being calculated correctly.

‘As explained in the letter we send to customers, we adjust their personal allowance to make sure they pay the correct tax and aren’t left with a higher bill the following year.’