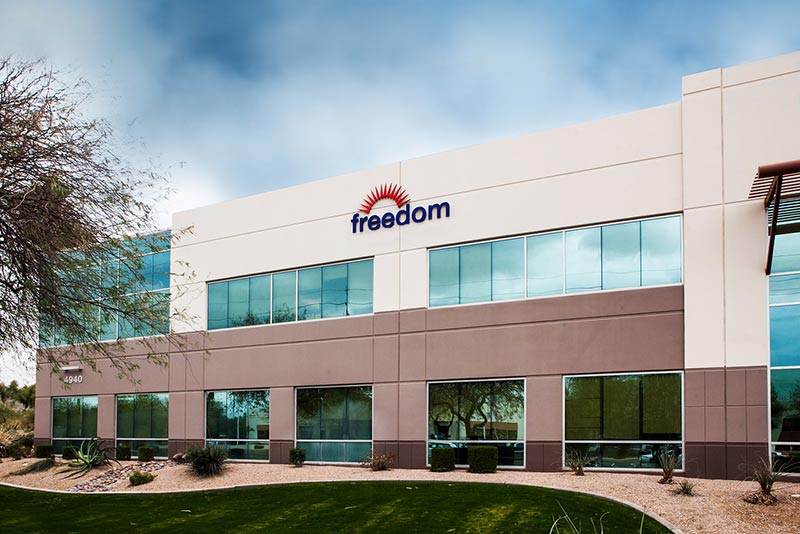 You’ve decided on debt settlement to solve your credit card debt woes, but you haven’t lined up a company to help you. What about Freedom Debt Relief? That’s one of the companies you keep hearing about.

But is Freedom Debt Relief credible? Well, let’s look at that as well as the fundamental aspects of debt settlement.

What is Debt Settlement?

Debt settlement, also called debt relief, is a financial strategy in which you pay a company such as Freedom Debt Relief to negotiate with your creditors for a deal that would allow you to pay less than the amount owed to “settle” your obligations in full. Creditors – typically credit card issuers – typically go along because if you file bankruptcy, they’re basically out of luck.

How Does it Work?

At Freedom Debt Relief, you get a complimentary consultation during which one of its trained reps assesses your financial situation then develops a customized plan. Instead of paying your creditors directly, you’ll place funds monthly into a savings-type account.

Once you have built up a sufficient sum – the amount depends on factors such as your debt load and income – Freedom will use the account as leverage to gain settlements.

After each settlement is reached and approved by you, payment funds will be derived from your account.

How Long Does Settlement Take?

At Freedom Debt Relief, the program takes between two and four years. You’ll likely get your first settlement in under six months. Remember, you didn’t get into trouble overnight, and it takes time to accumulate settlement funds.

Well, more than 650,000 people can’t be wrong. That’s how many people have benefited from Freedom services since 2002 when the company was established. In fact, Freedom Debt Relief – the nation’s largest debt settlement company – has resolved more than $10 billion in debt. But don’t just take our word for it – check out recent Freedom Debt Relief reviews.

The company will not but the process of debt relief will temporarily cause your scores to go down. However, keep in mind that your scores haven’t been great in a while now anyway, right?

The best news is that, once you’re done with Freedom’s program, your scores will rebound, and rebound more quickly than they would if you filed bankruptcy. Such a filing could hang out on your credit report for up to 10 years, depending on the kind of bankruptcy you file.

How Much Does Freedom Charge?

Nothing upfront, which is what the law dictates although some unscrupulous firms try it anyway. Upon account settlement, Freedom charges between 15% and 25% of the enrolled debt, with an average charge of 21.5%.

The company is transparent about its fee structure, which is what you want. Also, fees are fixed for the program’s entirety. So, you don’t have to worry about prices going up.

How Else Does Freedom Stand Out?

For one thing, the company’s accredited – that’s crucial amid so many scam companies. Freedom Debt Relief is a founding member of the American Fair Credit Council and a high-ranking member of the International Association of Professional Debt Arbitrators.

Also, the company’s certified debt consultants are available any day to answer questions or help you in any way. Customers also have 24/7 access to Freedom’s Client Dashboard, which tracks their progress.

Is Freedom Debt Relief credible? Yes. But more than that, the company’s an industry leader. If you’re in need of debt settlement assistance, Freedom has what it takes to put you on the right financial track.