The fast fashion party appears to be ending after bleak updates from two of the sector’s giants.

Asos and Boohoo yesterday saw a total £386million wiped off their value after warning the cost of living crisis was hitting profits.

Changing trends: Boohoo dropped 11.3% after booking its first ever sales drop in the UK, with industry experts saying woes for the fast fashion industry run deep

And Boohoo dropped 11.3 per cent, or 7.32p, to 57.62p after booking its first ever sales drop in the UK, with industry experts saying woes for the fast fashion industry run deep.

Yesterday’s gloomy updates are only the latest in a series of warnings that the sector’s meteoric rise is running out of steam.

In a snub to the sector last month, ITV’s reality show Love Island opted to dress this year’s contestants in pre-worn clothes from Ebay.

The swimsuit-clad romantic hopefuls have historically been dressed by fast fashion brands, with the previous three seasons’ clothing provided by I Saw It First, the online shop.

And Missguided, the fast-growing fast fashion seller famed for promotional stunts including selling a bikini for just £1 during a series of Love Island in 2019, collapsed last month.

It was rescued out of administration by Mike Ashley’s retailer giant Frasers Group which snapped it up for £20million, but it left shoppers awaiting refunds as they nursed hundreds of pounds worth of losses.

Missguided’s founder Nitin Passi once claimed that ‘everything we touched turned to gold’ as business boomed. But his company was brought down by supply chain chaos and falling demand.

He has been reappointed to the top job within the Frasers’ retail empire, and said his focus will be on ‘rebuilding stakeholders’ trust’.

And all of the online players have found themselves in fierce competition with the Chinese fast fashion seller Shein.

The business quickly grew to amass estimated UK sales of £350million with its incredibly low prices and huge popularity on social media.

Maria Malone, who founded consultancy Fashion Business Hub, said if she were running a fast fashion firm, her focus would be on finding ways to recapture the interest of younger shoppers.

Generation Z refers to those born between 1997 and 2012, who are between 10 and 25 and are a key target market for fast fashion firms.

She said as countries around the world emerge from Covid lockdowns and the cost of living soars, young people are prioritising experiences they have missed, such as going to the cinema and festivals as opposed to expensive nights out, drinking and dining. 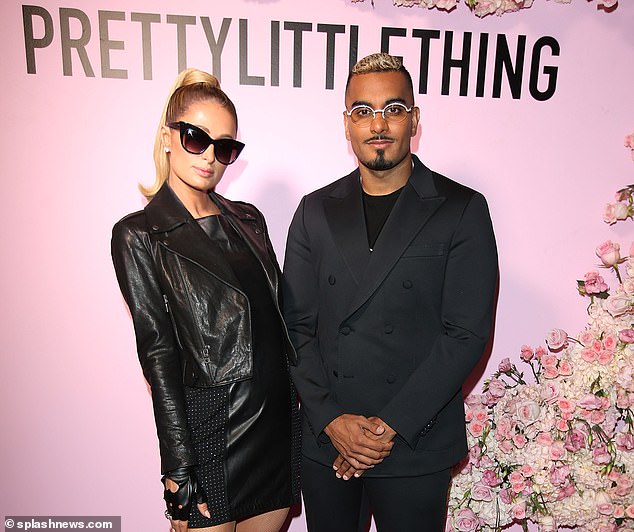 This means they are spending less on traditional ‘going out’ gear as they can wear more casual clothes they got used to through the pandemic.

Malone told the Daily Mail: ‘Customers are changing. Younger customers especially are questioning where their fashion is coming from and how it is being made.

‘They are concerned about the working environment of people making it and the materials that are being used and how sustainable it is.’

A generation ago that was ‘second-hand stuff’, she said, whereas ‘now there is this vintage phenomenon’.

She added fast fashion was originally defined by being able to quickly take emerging styles from catwalks into stores.

But now it has connotations of being ‘cheap, not necessarily made to last and people wear it once and throw it away’.

Malone claimed the iconic bootmaker Dr. Martens is capitalising on the shift to sustainable fashion, as sales are booming despite high prices.

She added Dr. Martens last ‘for ages’, meaning they are more sustainable and shoppers get a far better ‘cost per wear’.

Shore Capital retail analyst Clive Black said he was unsurprised by the Asos and Boohoo warnings, having seen a ‘material downturn’ coming.

Black said the purely online firms have been hit the hardest while retailers with stores such as Zara owner Inditex have proved more resilient.

‘People have tried to start saving money by simply not opening their laptops.

‘We’ve seen online suffer much more than stores in the last three or four months and stores have proved a lot more resilient as people limit their spending.

‘We have had this from Amazon, Netflix, AO World, virtually every online business, and now it is the clothing sector’s turn with Boohoo reporting a reduction in sales.’

Black said Asos’s warning was a ‘car crash’, as it struggled with a combination of increasing returns and fewer shoppers.

But he said aside from a return to normal shopping behaviours in the wake of the pandemic and the cost of living squeeze, he ‘does not sense’ a move away from fast fashion over environmental or sustainability concerns.

‘I think it is people saying, “I haven’t got the dosh, and I don’t want to tempt myself to spend it,” so they are not going online.’

Boohoo yesterday revealed a sales slump over the past quarter as the business battles against waning consumer confidence, intense competition and higher returns.

Revenues fell 8 per cent to £445.7million over the three months to May 31, compared with the same period last year.

The retailer saw sales fall in the UK, Europe and in the US – where it is facing fierce competition from Chinese rival Shein.

Asos meanwhile warned a cutback in spending by shoppers amid the cost of living crisis will hit profits as it announced a new chief executive and chairman.

The group slashed its outlook for sales and profits after seeing a sharp rise in order returns as customers rein in spending in the face of rocketing inflation, sending shares plunging by more than a fifth yesterday.

It saw UK sales growth drop 4 per cent to £431.8million in the third quarter to May 31 as returns rates rose, while total group revenues fell to £983.4million from £987.9million a year earlier.

The retailer now expects full-year profits of between £20million and £60million, a substantial reduction from its previous guidance of £110million to £140million.