EXPRESS INFORMER > News & Politics > Is China set to BAN Marvel’s Shang Chi and the Legend of the Ten Rings due to its Fu Manchu links?

English novelist Sax Rohmer said he asked a Ouija board how he would make his fortune and it spelled out: ‘Chinaman.’

Rohmer had never been to China and thus relied upon early 19th century cliches of the ‘yellow fever’ hysteria which cast the Chinese as a malevolent, expansionist foe which threatened white Western hegemony.

In 1913, his first novel in the series was published, The Mystery of Dr. Fu-Manchu.

So reads the character’s first introduction to the reader:

‘Imagine a person, tall, lean, and feline, high shouldered, with a brow like Shakespeare and a face like Satan, a close-shaven skull, and long, magnetic eyes … Invest him with all the cruel cunning of an entire Eastern race, accumulated in one giant intellect, with all the resources of science past and present … Imagine that awful being, and you have a picture of Dr. Fu Manchu, the yellow peril incarnate in one man.’

Christopher Lee in The Brides of Fu Manchu – 1966 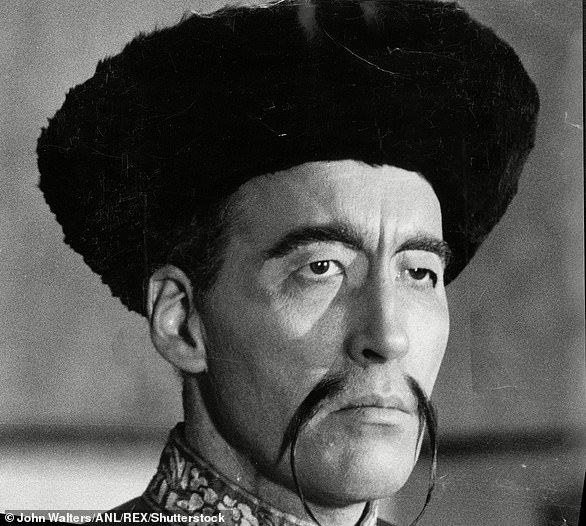 Fu Manchu became a pulp fiction, penny dreadful hit and, although Rohmer would kill the character off on several occasions, he was always pressured into bringing him back to life.

In total there were 13 Fu Manchu novels by Rohmer and the character inspired multiple spin-offs on stage, screen, in radio serials and comic books.

The mustachioed criminal mastermind was portrayed by white Britons such as Boris Karloff, Peter Sellers and Christopher Lee.

He influenced James Bond villain Dr No and Flash Gordon’s Ming the Merciless.

By the mid-20th century the character was so entrenched in popular culture that Marvel writer Steve Englehart and artist Jim Starlin were inspired to create Shang-Chi in 1972. 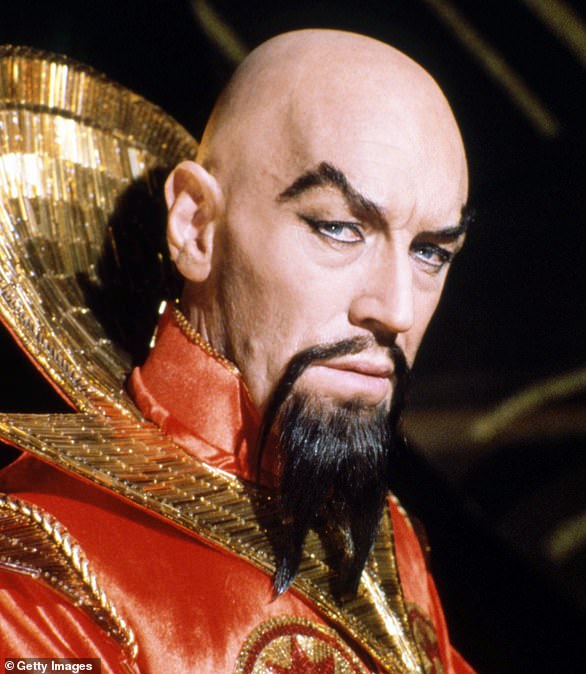 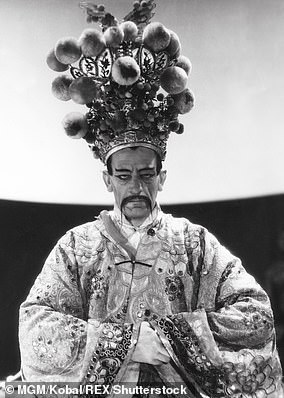 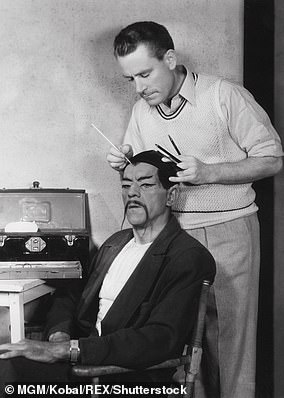 Boris Karloff in The Mask of Fu Manchu, 1930

Fu Manchu was Sang-Chi’s evil father in the long-running comic book, Master of Kung Fu, which ran from 1973 to 1983.

He was portrayed in a manner mostly consistent with Rohmer’s novels: a brilliant and calculating master villain who aspires to rule the world.

From 1983 onwards, Shang-Chi – introduced as the son of Fu Manchu by Marvel – had his own comic book series.