EXPRESS INFORMER > News & Politics > ‘Is a butt really the main topic?’ Swimmer shows off medals… but is ‘disgusted’ by comments

‘Is a butt and two legs really the main topic?’ Italian synchronised swimmer shows off her eight European Championship medals with amazing photo… but says she is ‘disgusted’ by ‘vulgar comments’

An Italian swimming champion slammed ‘thousands’ of ‘sexist, misguided and vulgar’ comments she received for an Instagram post of her posing in a bikini.

Most of the comments, many by her rivals and competitors, celebrated her incredible achievements – and the ease with which she achieved the bold pose.

She captioned the wholesome post: ‘Four years after I won medals in Glasgow I can say that I am very satisfied. I sacrificed a lot for this. 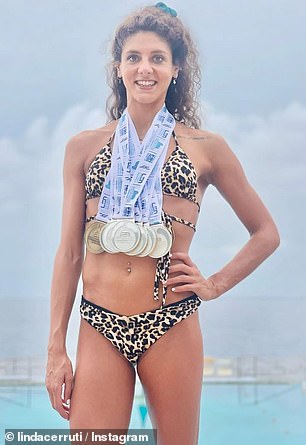 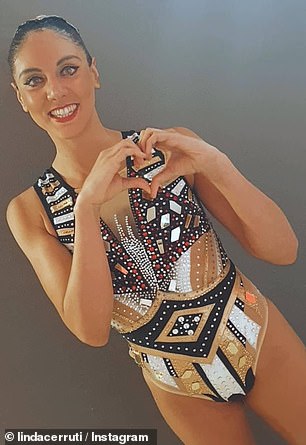 ‘For years I have been studying during the night to be able to train during the day. That is radical, but it is a life that has already given me many wonderful experiences!’

But some men chose to reduce Linda’s stunning victories to the legs they were balanced on.

User Diego, for example, wrote: ‘Very good… in the pool and outside.’

A flurry of similar comments prompted Cerruti to lambast the ‘sexist’ reactions.

In a follow-up post two days ago, she screenshotted some of the worst offenders and castigated the writers behind the leering comments.

Linda wrote: ‘Two days ago I shared a photo taken on the beach where I often go,, where I dreamed my first dreams and which also has a strong symbolic value for me. The photo shows me in an artistic pose, typical of my sport, along with the eight medals won in what is the best European Championship of my career.

‘But I am shocked and disgusted by the hundreds, probably thousands, of misguided, sexist and vulgar comments I have received since then.

‘After more than 20 years of training and sacrifice, I find it embarrassing to say the least and it really hurts to read all this, the jokes people make to sexualize my body. Is a butt and two legs really the only things that exist and the most important topics to talk about?’ 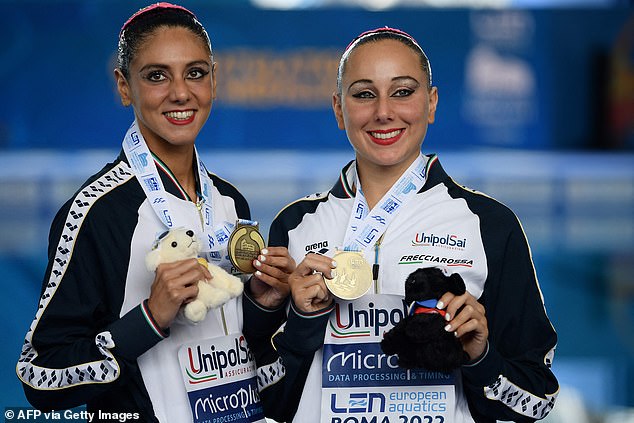 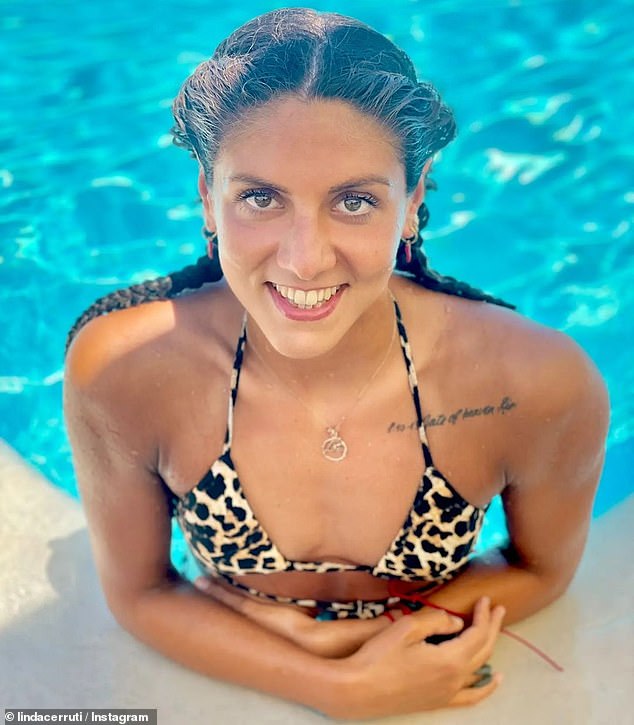 The star swimmer has amassed a huge following on Instagram, with more than 40,000 fans

She concluded: ‘The least I can do is expose the inappropriateness of those comments. And hold them a mirror of a society that is still too sexist and very different from the one I would ever want to see my children born into.

‘At the same time, I would like to thank all the people who have distanced themselves from these comments, defended me and appreciated the photo for what it is: the image of an artistic swimming athlete who is proud of her achievements.’

In less than 48 hours, that post received more than 50,000 likes – and looks set to overtake the original post’s popularity.