Andy Farrell has signed a two-year contract extension to stay as Ireland head coach until 2025.

Irish rugby chiefs have moved to tie down Farrell beyond the 2023 World Cup, with the former dual-code England international’s stock having shot up after this summer’s historic Test series win in New Zealand. 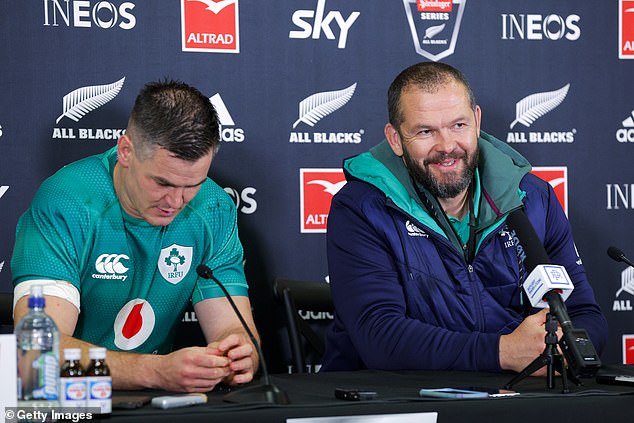 The 47-year-old has been widely touted as a successor to Eddie Jones once his tenure as England head coach ends.

But now the Irish Rugby Football Union have moved swiftly to shut down any talk of Farrell returning to England by extending his contract.

They have also built in an option to extend Farrell’s contract still further. ‘I am happy to extend my contract with Irish Rugby for a further two years,’ said Farrell. 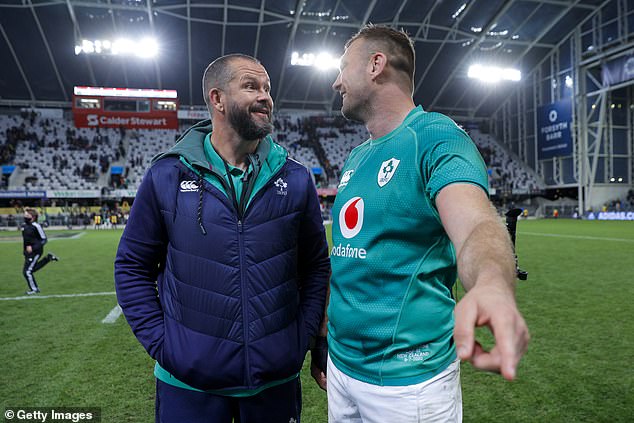 ‘As a group we have made it clear that we are building towards the 2023 Rugby World Cup, and we have taken some decent strides in recent months.

‘Ahead of the tour to New Zealand myself and performance director David Nucifora looked at the opportunities and challenges facing the national squad after the tournament in France.

‘I am excited about continuing to work with the group and with the next generation of Irish international players.’

After a glittering playing career in both league and union, Farrell spent four years from 2011 as England’s defence coach under Jones’ predecessor Stuart Lancaster. 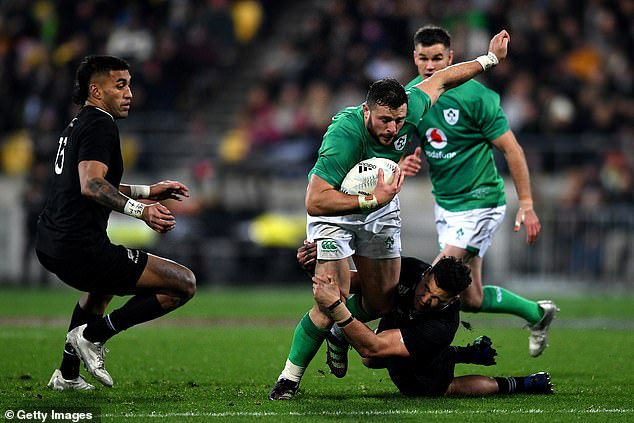