Iran has been accused of piracy after it seized two Greek oil tankers in one of the world’s busiest shipping lanes in revenge for the capture of a Russian-flagged tanker loaded with Iranian oil last month.

Using a helicopter and twin speedboats, Iranian forces boarded the Prudent Warrior in the Strait of Hormuz on Friday afternoon.

The 24 Greeks and Filipinos on board found themselves in the Hollywood blockbuster-style scenes as their boat was commandeered.

They also took the Delta Poseidon but insisted it was due to them ‘violating’ maritime rules.

It signalled further disaster for the oil market when barrel prices have rocketed in the past few months.

Prudent Warrioer had been carrying an oil cargo for the US, while Delta Poseidon’s goods were for Agioi Theodoroi’s Motor Oil refinery.

The confirmation of the seizure comes as talks between Tehran and global powers over Iran’s nuclear ambitions have stalled in recent months, raising tensions across the Middle East.

George Vakirtzis, chief executive of Polembros Shipping, which operates the Prudent Warrior, said the ship was seized in international waters before being directed towards the Iranian coast by authorities. 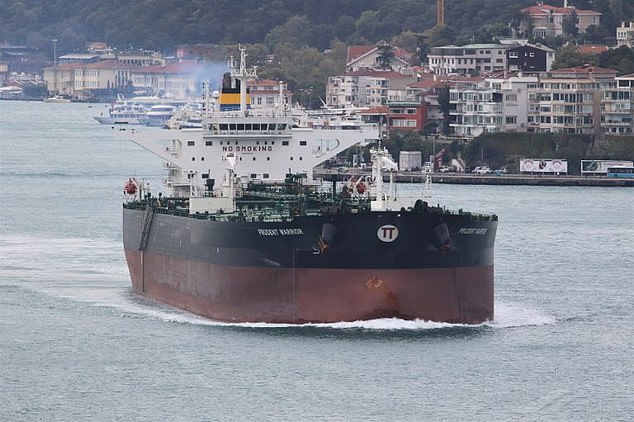 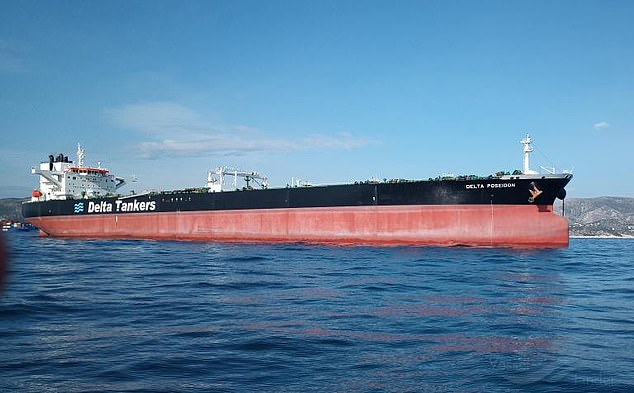 Vakirtzis said that his vessel was bound for the US with crude loaded at Basrah in Iraq.

‘We lost all communication about 2 o’clock local time and tried to talk to the vessel repeatedly with no answer. We asked other vessels in the same area to give us the position of the vessel. They told us that a helicopter and two speedboats had reached our vessel,’ he told the Financial Times.

‘It’s a seizure and a diplomatic situation and we’re in the middle,’ he added.

Delta Tankers, the operator of the Delta Poseidon, did not immediately respond to a request for comment.

The Greek foreign ministry described the seizure of the tankers as ‘acts of piracy’.

US authorities are reported to have this week taken the Iranian crude from the tanker.

Iran summoned the Greek charge d’affaires to Tehran on Wednesday condemning what it called ‘piracy’ by Athens. 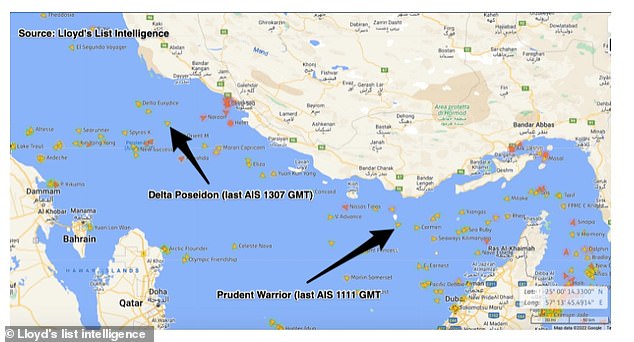 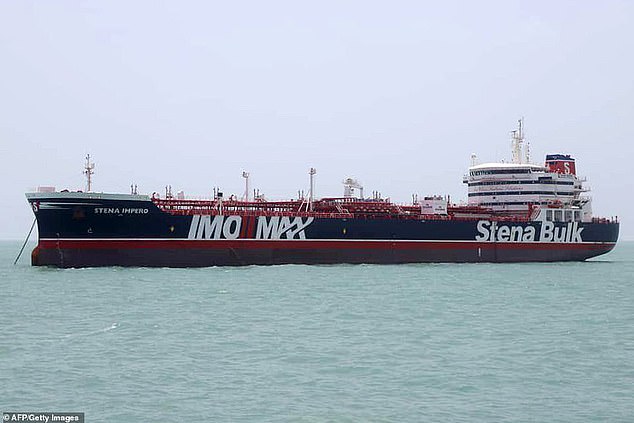 On Friday Tehran also called on Switzerland — which runs the US interests section in Iran — to complain about the seizure of the Iranian tanker and to convey ‘strong objections’ to the Americans.

In 2019 Iran seized a British-flagged oil tanker shortly after the UK stopped an Iranian vessel in Gibraltar that was carrying crude to Syria.

The British-flagged Stena Impero was held in Iran for two months before its release. The Strait of Hormuz, the narrow strategic waterway separating Iran from the Gulf states, is one of the world’s most important shipping lanes for crude.

Approximately a third of all seaborne oil cargoes pass through each day, according to the US Energy Information Administration.

Talks over the revival of the 2015 nuclear pact, which former US president Donald Trump abandoned in 2018, have stalled.

Western powers want Iran to radically reverse its nuclear programme in return for the US rejoining the pact and lifting a swath of sanctions against its economy, including oil exports.

Western diplomats say the main hurdle is the designation of the Revolutionary Guards and its Quds forces as terrorists.

Iran wants the designation lifted. It has also made clear it will continue to support militias across the Middle East.