Iran is said to be contemplating an assassination attempt against America’s ambassador to South Africa.

The alleged plot has been detailed in intelligence papers which have been seen by U.S. intelligence and government officials.

American officials say they have been aware of threats towards ambassador, Lana Marks, 66, since the spring but the intelligence detail has suddenly become more specific in recent weeks.

U.S. officials say they have been made aware of threats towards the South African ambassador, Lana Marks 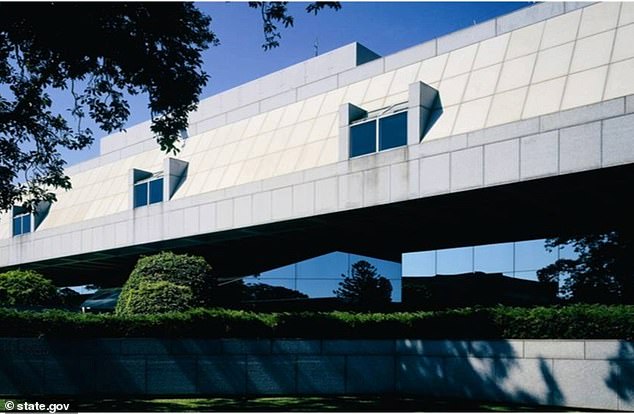 The alleged plot revolves around the assassination of Lana Marks and the US Embassy in the South African capital Pretoria, pictured 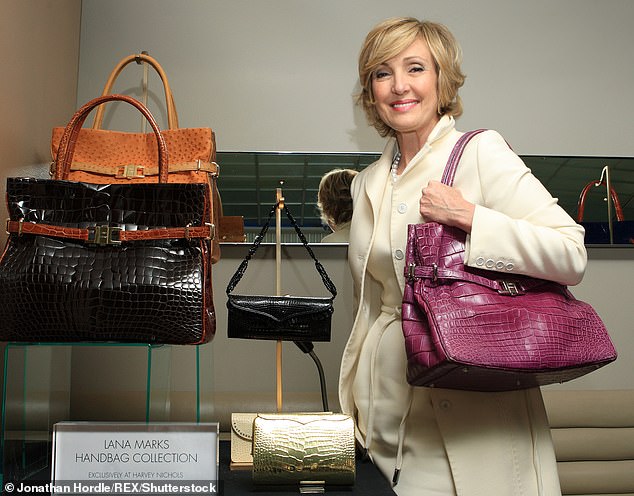 Before Lana Marks became a diplomat, she was a luxury handbag designer. She is pictured here in front of her collection in 2009 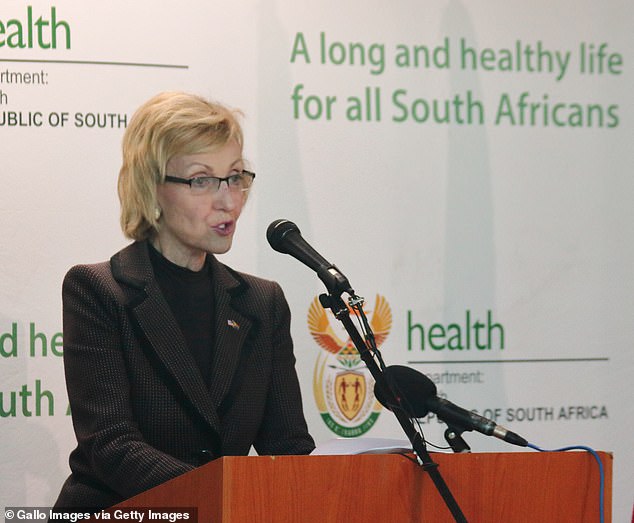 Lana Marks was a fashion designer and is currently the US ambassador to South Africa, her home country

Marks has been made aware of the threat.

The Iranian embassy in South Africa’s capital, Pretoria, is said to be involved in the plot according to Politico.

Such a plot would act as a revenge attack after President Donald Trump decided to kill Qassem Soleimani, a powerful Iranian general, but it might also result in another tit-for-tat attack by Trump in a show of strength, particularly as the U.S. election approaches.

Soleimani was killed by a U.S. drone strike in January. At the time, Secretary of State Mike Pompeo said the U.S. killed Soleimani to re-establish a deterrent against Iran.

Soleimani led the Quds Force, a unit of Iran’s Islamic Revolutionary Guard Corps that oversees much of the country’s military activities outside its borders.

Americans blame him for the death of numerous U.S. troops in the region. 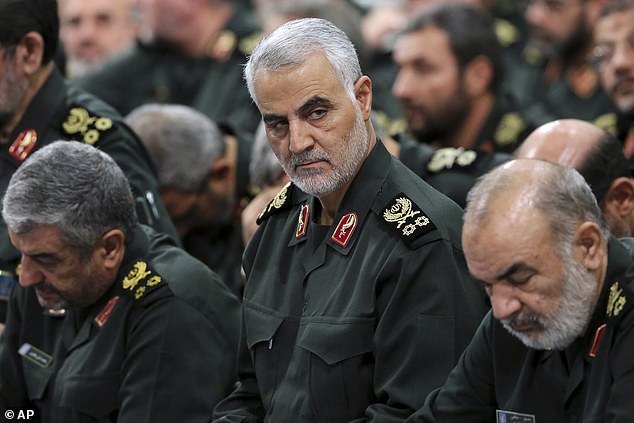 The plot against Marks is believed to be in retaliation for a U.S. airstrike that killed Iranian General Qassem Soleimani, pictured, as he was visiting Baghdad in January 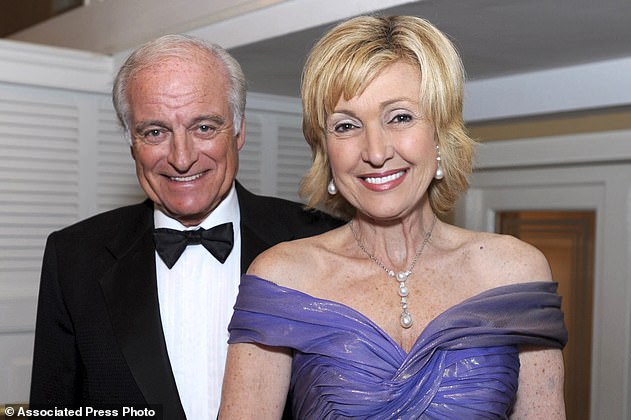 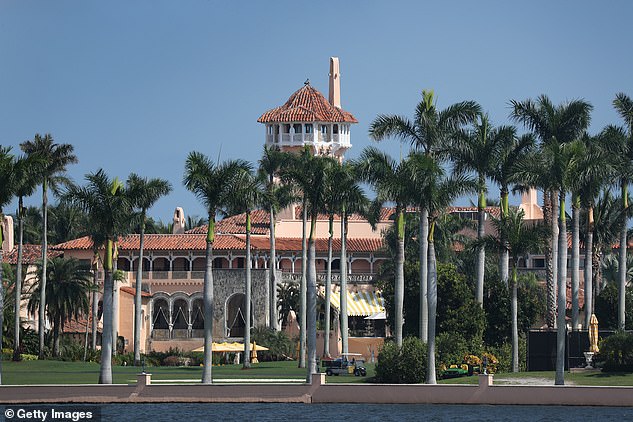 Marks along with her husband are both members of Donald Trump’s Mar-a-Lago club, pictured

Marks, who has known Trump for more than 20 years, became the U.S. ambassador last October.

Marks is a member of Donald Trump’s Mar-a-Lago and was among the few women in Princess Diana’s inner circle prior to her death.

Before becoming a diplomat, Marks was best known for her six-figure handbags, clutched by A-list celebrities like Charlize Theron, Angelina Jolie and Kate Winslett.

It’s not known why the Iranians would want to target Marks but it is likely her long-standing friendship with Trump is a reason and would make the attack on her life all the more personal. 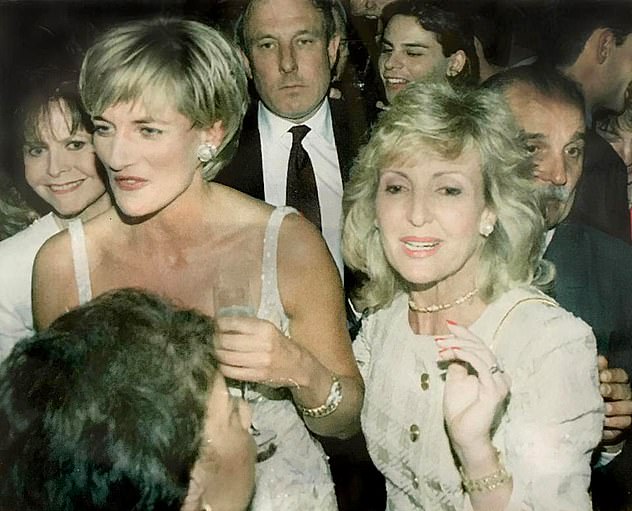 Marks, 66, pictured right, was a handbag designer before becoming a diplomat appointed by Donald Trump. She was among the few women in Princess Diana’s inner circle prior to her death

Intelligence officials have also suggested that carrying out an attack in South Africa could be easier than targeting American diplomats in other parts of the world where improved relationships between the U.S. and local police and national intelligence services could see an attack foiled.

After Soleimani’s killing, Trump noted that the general had been plotting to attack American diplomatic missions.

‘They were looking to blow up our embassy,’ Trump said in January, later revealing, ‘I can reveal I believe it probably would’ve been four embassies.’ 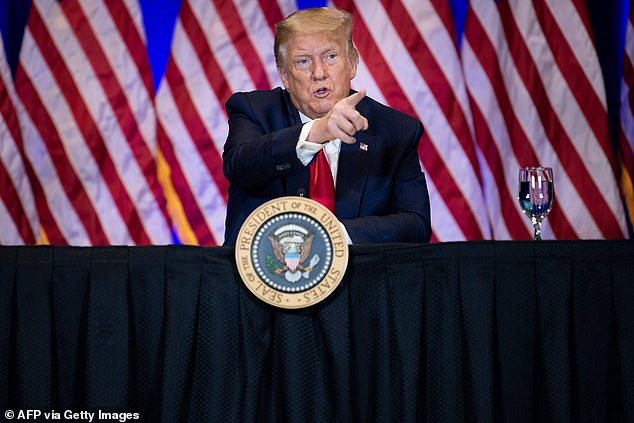 General Kenneth McKenzie, the head of U.S. Central Command, has said that he had been expecting a ‘response’ from Iran over the US’s presence in Iraq.

‘I do not know what the nature of that response will be, but we will certainly be ready for it, should it occur,’ he said.

Last Wednesday, McKenzie confirmed plans to cut the U.S. troop presence in Iraq from 5,200 to 3,000 by the end of September.