Two migrants have been jailed for smuggling themselves and a total of 23 people across the Channel into the UK on board two dangerously overcrowded rigid-hulled inflatable boats (RHIBs).

He arrived in the UK after smuggling himself and 16 other people, including six children, across the Channel. 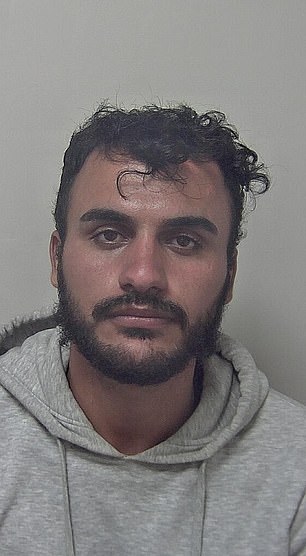 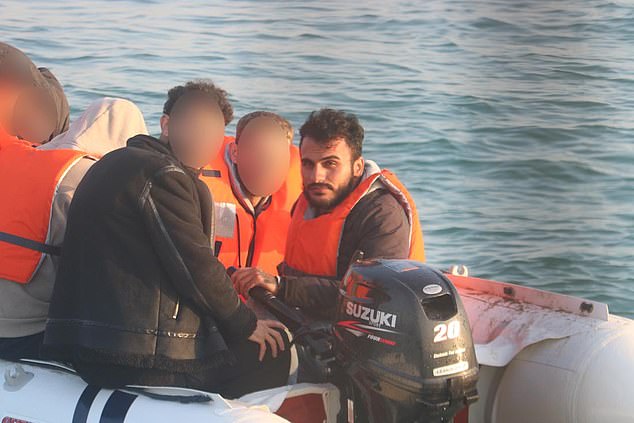 UK Border Force agents claimed Azarkish, was skipper on one of the boats, pictured 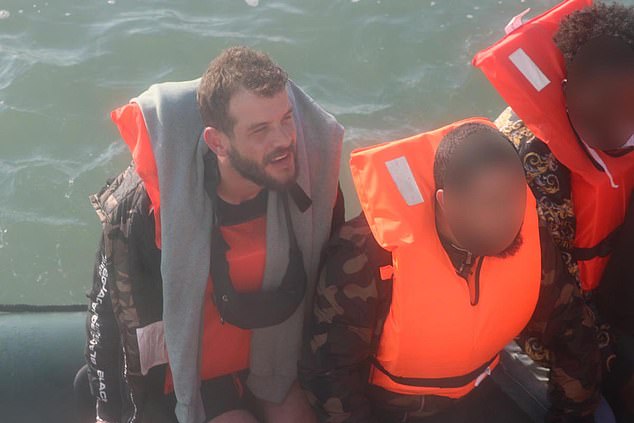 They said Abdulghany, left, was in charge of the other boat which was intercepted on September 15

In a separate sentencing at the same court Iranian national Ali Azarkish, 23, was also jailed for 16 months.

He smuggled himself and seven other people across the Channel.

Both individuals had their vessels intercepted at sea on September 15 by Border Force and footage captured clearly showed the men in control of their respective vessels.

On that day 151 migrants were detained in 11 small boat incidents in what became a record month with nearly 2,000 people making the treacherous crossing.

Both were arrested and the investigation was passed to Immigration Enforcement’s Criminal and Financial Investigations (CFI) team.

In interview, Abdulghany claimed to have paid £4,000 for the crossing.

Azarkish said he was told the fee was €2,500 to be smuggled to the UK by boat, but that if he steered the boat the journey was free.

Abdulghany and Azarkish admitted charges of assisting unlawful immigration into the UK at earlier hearings and were sentenced at Canterbury Crown Court in Kent on Friday. 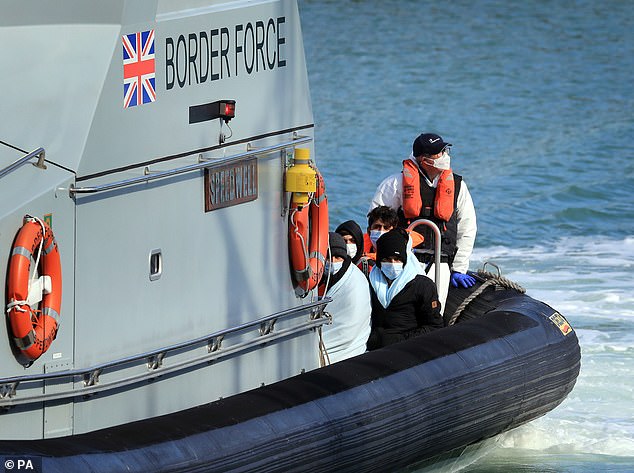 Home Secretary Priti Patel said: ‘The tragedy in the Channel last week is a stark reminder of the dangers of illegal migration. Anyone who facilitates these crossings is putting people’s lives at risk. It is a crime and we will go after the people involved.

‘These are the third and fourth criminals to be put behind bars in the space of two days. I am unapologetic about our relentless work to stop the exploitation of vulnerable people and offenders should know that they will face the consequences of their irresponsible and criminal actions.’

Last week two other individuals were sentenced for facilitation offences, each receiving 24 months in prison.

On Thursday Ghodratallah Donyamali Zadeh, 26, was jailed for smuggling himself and 12 other people across the Channel.

On the same day, Ahmed Nayat Quadir, 20, was jailed for smuggling himself and 17 other people, including four children, across the Channel.

In both of these cases cutting-edge surveillance technology collected valuable evidence which helped to secure convictions.

Clandestine Channel Threat Commander Dan O’Mahoney said: ‘The tragic events of last week reinforces how critical it is to end the viability of the small boats route. Preventing any further loss of life is my priority.

‘These crossings are illegally-facilitated. Last week we saw four more reckless offenders put behind bars and we continue to hunt down the criminals who are risking migrants’ lives.’

In August, Altaib Mobarak, 43, was jailed for two years. Like Zadeh and Quadir, they had all admitted charges of assisting unlawful immigration to the UK.

All the jailed men will automatically be considered for deportation at the end of their sentences.

A total of 7,565 migrants have now attempted to make the perilous crossing across the English channel this year compared to just 1,850 in 2019.

In September alone 1,954 made the crossing in small boats.

So far this month, 436 migrants have been detained.