At last! One footballer who is prepared to talk about getting the vaccine… Ipswich striker Joe Pigott says ‘it’s a MUST’ for fellow pros to take the jab with Premier League players silent over the benefits of the Covid vaccination

By Robert Dineen For The Mail On Sunday

Premier League footballers have been notable for their silence recently around the benefits of the Covid vaccination.

So reluctant are they to promote the jab that a planned campaign video featuring the biggest players is said to have been abandoned for a lack of volunteers.

It is understood clubs hoped players would use their role-model status to encourage young people to get immunised, though they were not helped in that task by the relatively high number of footballers who have declined the jab.

Yet one player is prepared to speak up and said he got jabbed both to do his bit for society and to protect vulnerable loved ones.

Asked if other young people should follow suit, Joe Pigott, the Ipswich Town forward, said: ‘One hundred per cent. For society. Not even that. Mainly for your family. I’ve got a couple of people in mine who are vulnerable. For me, it was a must.’

Pigott’s father Martin has been fighting cancer for the past three years but has been fortunate enough not to contract the disease, with the family careful to abide by Covid-safety protocols.

Martin has been able to attend his son’s matches in League One. ‘Touch wood, none of them have caught it so far. It has been pretty miraculous that they haven’t,’ Pigott, 27, said. ‘To get double-vaxxed was a massive deal to able to spend time with them.’

Pigott estimates that more than third of footballers in his circle have chosen not get to get jabbed, partly because they feel no threat from the disease, but also as a result of the conspiracy theories questioning its safety. 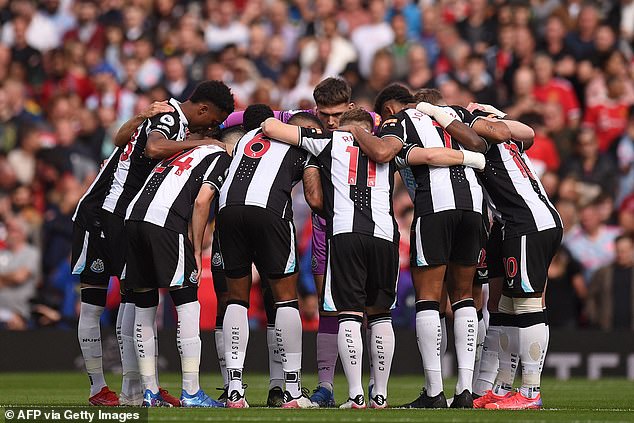 ‘I’d probably put it at 60-40 among players. I’d say there is quite a high percentage that is against having it. There are obviously both sides [to the debate]. Some players think the virus isn’t really going to affect them anyway so why are they going to have a vaccine for it? Which is probably true in most cases, but it’s about protecting everyone else.

‘Some of them are into these conspiracy theories as well. But at the end of the day you’ve got to listen to the experts. The experts are in those positions for a reason.

‘I just looked in all the reliable places I thought provided the best information. The vaccines: the testing they go through, it’s the same as any other vaccine that they put out, but just done it in a shorter space of time. It was a no-brainer once I knew what the facts were.’

The most recent data collected by the English Football League showed that a third of players are not fully vaccinated, while the figure is said to be significantly higher at Premier League clubs. 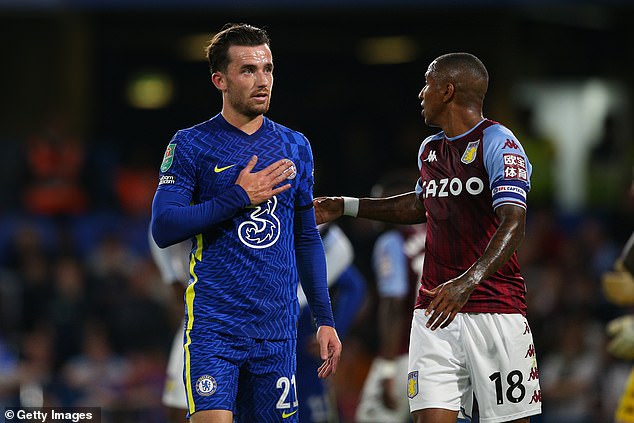 A handful of elite players contributed to campaigns promoting the jab over the summer, among them Theo Walcott, Ben Chilwell, Dwight McNeil and Norwich’s Ben Gibson, while managers have encouraged players to get vaccinated.

Clubs are keen for more players to get vaccinated both to avoid winter outbreaks within the squad and to improve their prospects of being able to travel to fixtures abroad with reduced restrictions.

In the general population, immunisation rates are slowing, particularly among the young. Asked if more players should lend their support to the Government’s vaccination campaign, as well as get jabbed themselves, Pigott said: ‘I think they definitely should. Just because of the impact it has on everyday life.

Footballers who refuse the Covid vaccination in the belief the disease offers little threat to their physical health might want to consider the plight of former Bristol City player Georgia Wilson.

Wilson suffered so badly when she was struck down by the coronavirus at the beginning of the year that she suspects it led to the Women’s Super League club choosing not to extend her contract in the summer.

‘My confidence has never been lower,’ Wilson says. ‘Before I knew that it was long Covid, I thought I was just unfit. Other girls who tested positive came straight out of isolation and back into training.

‘But I found it hard to breathe and I wasn’t concentrating properly. And when I came home from training, I would just sleep.’

Only antibiotics and a break from physical activity lasting several months cured her symptoms. ‘I was really low. I wondered if I would play again and obviously I didn’t play for half the season so the club didn’t keep me on.’

Fortunately, the 19-year-old – who was promoted to the Bristol City first-team squad aged just 17 – has been able to revive her career with AaB in the Danish top flight. ‘It was perfect. I had always wanted to play abroad and their season started earlier, so I was able to start working on my fitness sooner than in the WSL.’

She was eventually vaccinated in Denmark and encourages her counterparts in the men’s Premier League to do likewise. ‘I would definitely encourage them to do so. I was probably the same before I got Covid.

‘I wasn’t too worried. I thought I would isolate for 10 days and go again. But it doesn’t matter how old you are. Anything can happen.’