In April 1961, on a bright, snow-swept Arctic horizon in Kapuivik, on Baffin Island, a small group of Inuit led by elder Noah Piugattuk had stopped for tea during a hunting trip when they spotted a dog sled approaching in the distance.

In it was a representative of the Canadian government and a young Inuit translator. The white man, known only as Boss, offers the group tea, biscuits, sugar and other provisions. Then he reveals his intent: to convince Piugattuk to abandon his ancestral homeland for a wooden home with a stove in the nearby settlement of Igloolik.

When Piugattuk asks what will his children do there, Boss says, “What is wrong with the settlement? I want to help you. I want to understand you.”

(What Boss doesn’t say is that, as part of Cold War manoeuvring, Canada was relocating Inuit communities to strengthen its claims on Arctic sovereignty.)

What follows is a slow verbal dance rife with unspoken threats, deep suspicion, mistranslations and, above all, masterful storytelling by Piugattuk — all subtly and suspensefully re-enacted in the latest feature film of renowned Inuit artist collective Isuma. 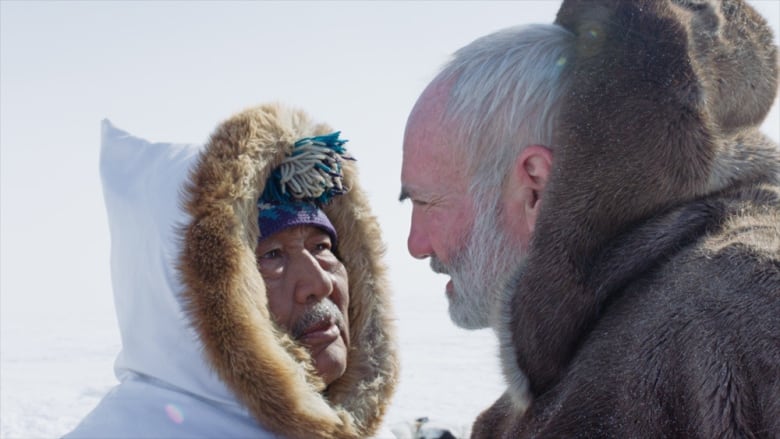 One Day in the Life of Noah Piugattuk, directed by Isuma founder Zacharius Kunuk, and based on a story the real Piugattuk recounted years later, forms the centrepiece of Canada’s official entry into this year’s Venice Art Biennale, opening today.

It’s the first time Inuit artists have occupied Canada’s pavilion in its 60-year-history at the prestigious exhibit, and they’ve put it to use by creating art that explores time, land and politics.

Other elements of Isuma’s installation include a map of the North that belonged to Kunuk’s father, who overlaid it in syllabics with key information for Inuit life, such as where seals were plentiful for hunting. The installation includes a map of the North that belonged to Isuma founder Zacharius Kunuk’s father, who overlaid it in syllabics with key information for Inuit life, such as where seals were plentiful for hunting. (Megan Williams/CBC)

Another screen shows a documentary about a 2012 town hall meeting where Inuit expressed their concerns about the Baffinland mining company’s planned extraction of six million tonnes of iron ore per year. The mine at Mary River, on Baffin Island, has now been in operation for four years, and Inuit hunters in the area report noticeable declines in sea life and caribou.

A final element of the pavilion is a live stream, during opening days, from a floe edge near Igloolik, where Kunuk interviews hunters and elders about the planned expansion of the mining to 30 million tonnes a year.

Candace Hopkins, a member of the Carcross Tagish First Nation in Yukon, and one of the five female co-curators of the installation, says it’s exciting to reach an international audience with an Inuit narrative of Canadian history.

“To me it feels incredible because you can only see this kind of work inside Canada,” she said. “It’s very specific to the history of Canada and ideas of Indigenous sovereignty and agency.”

Hopkins, who has worked with Isuma for some 15 years, is involved in producing the digital book that will be released during the biennale, which runs until November. It includes the film’s script, thousands of images, and essays on the relocation of Inuit and on translation, which she says is a broader metaphor for Canadian colonialism. 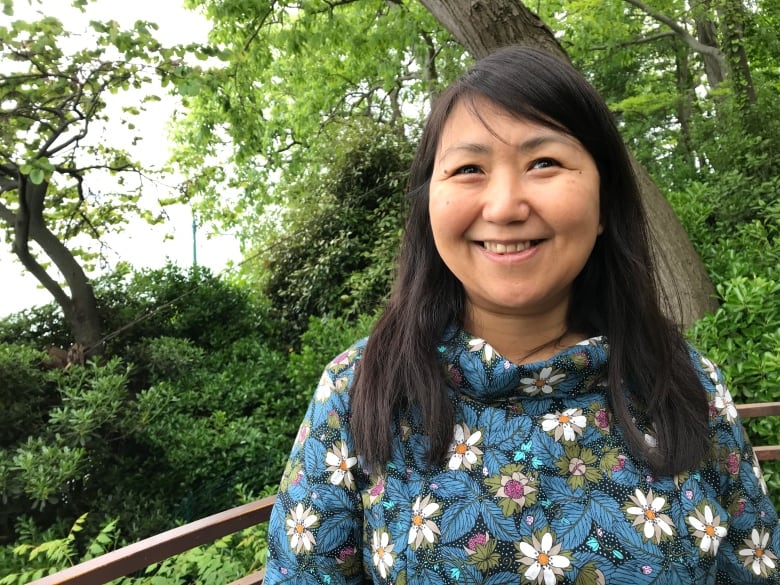 Lucy Tulugarjuk starred in Isuma’s first feature film, the 2001 Arctic historic thriller Atanarjuat: The Fast Runner. She was assistant director on One Day in the Life of Noah Piugattuk. (Megan Williams/CBC)

In fact, the drama of One Day in the Life of Noah Piugattuk pivots around the translation and mistranslation and resulting misunderstanding — an issue that continues to plague encounters between Inuit and the Canadian government, says Jonathon France, a producer and cinematographer on the film.

We see the Inuit translator in the uncomfortable position of not wanting to insult his elder by translating Boss’s repeated questions to Piugattuk as to why he won’t leave his land — so some of the loose translations were intentional.

But France says miscommunication is a problem among Inuit themselves, as well.

“Even in the mining hearings we filmed there was constant miscommunication,” France said. “What we noticed is there are elders who speak in a certain amount of detail and language that the younger generation don’t know. So you’re already losing information between elders and 20- or 30-year-olds who are translating. They don’t know the words.”

‘Our way to remember’

This pending loss of culture is why the Isuma collective focuses on film and video as its primary means of expression, says Lucy Tulugarjuk, assistant director on One Day in the Life, and star of Isuma’s first feature film, the 2001 Arctic historic thriller Atanarjuat: The Fast Runner.

The collective also has its own internet broadcasting channel, showing 7,800 works of media from Indigenous artists in 80 languages from around the world on a platform that’s free and accessible to all.

“In our school system a lot of it is taught in English, and so it’s our way to remember,” says Tulugarjuk, who was raised in Igloolik and now lives in Montreal, where she has just directed her first feature film. 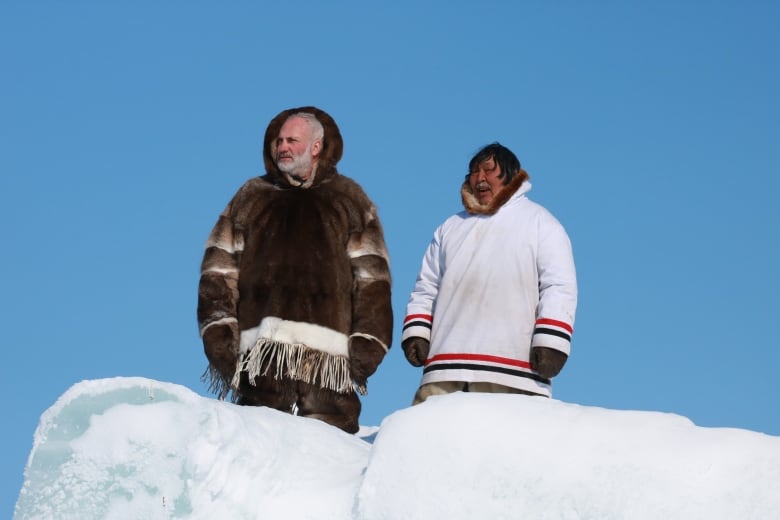 A still image from One Day in the Life of Noah Piugattuk, produced by Inuit artist collective Isuma. (Isuma)

“I can rewind a film and I can Google how to prepare sealskin pattern if I’m living in the south and not sure how to do it. I can Google it under IsumaTV, even for parenting skills — how to raise your child so your child grows up to be respectful of everyone.”

Tulugarjuk says shortly after they shot Atanarjuat, she was looking to interview throat singers for a radio show and learned for the first time her mother knew how to throat sing.

“I was shocked,” she said. “I asked her why she kept it a secret, and she said she was told to stop by the missionaries.”

Lucy learned throat singing from her mother and has taught her own daughters. And while her generation is now embracing the once-banned traditional songs, drum dancing and throat singing, time is running out, with elders dying.

That’s why she thinks films and documentaries are so important for the Inuit.

Her point is illustrated in the documentary epilogue to One Day in the Life of Noah Piugattuk: we see the real Noah Piugattuk, nearly toothless, filmed four years before his death in 1996, slip into a recording booth in Igloolik and sing yearningly about the land he left behind years earlier, after his standoff with Boss near the ice floe.