Restricting eating to six to eight hours a day does not lead to more rapid weight loss, a new study claims.

But Chinese researchers now say the strategy — which became popular in the 2010s — is no more effective than restricting someone’s calorie intake.

Dr Ethan Weiss, a diet researcher at California University, San Francisco, told the New York Times there was ‘no benefit to eating in a narrow window.’

He said only a ‘caloric intake restriction’ could help people lose weight. 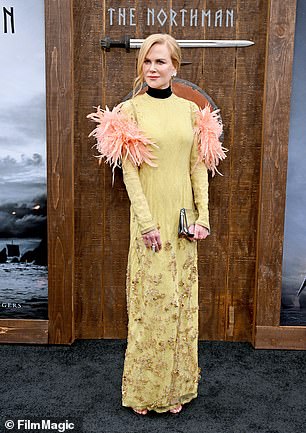 What is intermittent fasting?

Intermittent fasting involves switching between days of fasting and days of eating normally.

The 16:8 diet is a form of intermittent fasting, also known as Time Restricted Eating.

Followers of the eating plan fast for 16 hours a day, and eat whatever they want in the remaining eight hours – typically between 10am and 6pm.

This may be more tolerable than the well-known 5:2 diet – where followers restrict their calories to 500–to-600 a day for two days a week and then eat as normal for the remaining five days.

Many prefer to eat between noon and 8pm as this means they only need to fast overnight and skip breakfast, but can still eat lunch and dinner, along with a few snacks.

When you do eat, it is best to opt for healthy options like fruits, vegetables and whole grains.

And drink water and unsweetened beverages.

Drawbacks of the fasting plan may be that people overindulge in the hours they can eat, leading to weight gain.

It can also result in digestive problems over the long-term, as well as hunger, fatigue and weakness.

In the study — published in the New England Journal of Medicine — scientists at Southern Medical University in Guangzhou, China,  followed 139 obese people for a year.

They were divided into two groups, with some placed on a calorie-restricted diet only allowing them to eat between 8am and 4pm every day.

The others were given the same calorie restrictions, but allowed to eat at any time.

Women in the study could eat between 1,200 and 1,500 calories a day, while men could consume 1,500 to 1,800 per day. This is about a quarter below daily recommended intakes for both groups.

To ensure participants stuck to the plan, they were asked to photograph everything they ate and keep a food diary.

Results showed people in the time restricted group lost 18lbs over the year, while those in the other lost 14lbs.

But there was no significant difference between the results, meaning the different eating schedules had not triggered the weight loss differences.

There was also no significant difference in waist circumference, body fat or lean body mass between the two.

‘A regimen of time-restricted eating was not more beneficial with regard to reduction in body weight… than daily calorie restriction,’ researchers wrote in the paper.

‘These results indicate that caloric intake restriction explained most of the beneficial effects seen with the time-restricted eating regimen,’ Weiss sad.

Trendy fasting diets have been popular since the 2010s, and adopted by various celebrities such as Jennifer Aniston, Reese Witherspoon and Twitter CEO Jack Dorsey, as well as Benedict Cumberbatch.

In October 2019 Jennifer Aniston said she doesn’t eat breakfast and only consumes liquids in the mornings, saving her eating until the final half of the day.

Actor Benedict Cumberbatch is also reported to have used the 5:2 intermittent fasting method to shed the pounds as the title character in the BBC drama Sherlock.

However, several studies have now suggested that intermittent fasting does not lead to more rapid weight loss.

In one paper, published in JAMA Internal Medicine in 2020, 116 participants were asked to eat three meals a day either whenever they wanted or between 12 and 8pm over 12 weeks.

Results showed participants in both groups lost between 1.5 and 2lbs, with no significant difference between the two.

Other scientists have extolled the benefits of the method, however, saying it can help prevent heart disease and type 2 diabetes.

Professor Satchidananda Panda, from the Salk Institute for Biological Sciences in California, wrote in the journal Endocrine Reviews last year: ‘People who are trying to lose weight and live a healthier lifestyle should pay more attention to when they eat as well as what they eat.

‘Intermittent fasting can improve sleep and a person’s quality of life as well as reduce the risk of obesity, diabetes and heart disease.’

Professor Panda said not following the body’s internal clock, also called the circadian rhythm, could damage people’s health with the body’s genes activated at different times of the day, as well hormone levels and metabolism being varying in a 24 hour period.