EXPRESS INFORMER > Health & Medicine > Intermittent fasting diet should be encouraged as it is ‘simpler’ than cutting calories, doctors say

Trendy fasting diets practiced by the likes of Jennifer Aniston and Benedict Cumberbatch may cut risk of heart disease and should be encouraged because they are ‘simpler’ than cutting calories, doctors say

By John Ely For Mailonline

Hollywood superstars, Jennifer Aniston and Benedict Cumberbatch have both resorted to intermittent fasting in efforts to lose weight.

It usually involves sticking to your usual diet — but eating everything within a six to eight-hour window.

Another regime, known as 5:2, revolves around eating normally for five days a week but then cutting back on calories on the other two days.

Today, a team of Californian-based researchers threw their weight behind the eight-hour window regime in the fight against obesity and the plethora of conditions that it leads to. 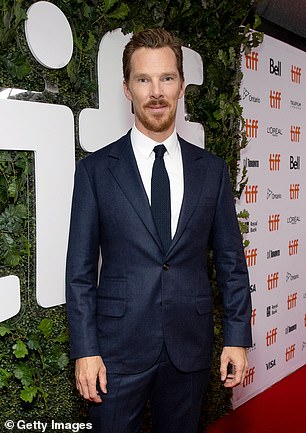 What is intermittent fasting?

Intermittent fasting involves switching between days of fasting and days of eating normally.

The 16:8 diet is a form of intermittent fasting, also known as Time Restricted Eating.

Followers of the eating plan fast for 16 hours a day, and eat whatever they want in the remaining eight hours – typically between 10am and 6pm.

This may be more tolerable than the well-known 5:2 diet – where followers restrict their calories to 500–to-600 a day for two days a week and then eat as normal for the remaining five days.

Many prefer to eat between noon and 8pm as this means they only need to fast overnight and skip breakfast, but can still eat lunch and dinner, along with a few snacks.

When you do eat, it is best to opt for healthy options like fruits, vegetables and whole grains.

And drink water and unsweetened beverages.

Drawbacks of the fasting plan may be that people overindulge in the hours they can eat, leading to weight gain.

It can also result in digestive problems over the long-term, as well as hunger, fatigue and weakness.

Writing in the journal Endocrine Reviews, they claimed it was a better option than simply counting calories.

Professor Satchidananda Panda, from the Salk Institute for Biological Studies, said: ‘People who are trying to lose weight and live a healthier lifestyle should pay more attention to when they eat as well as what they eat.’

He added: ‘Time-restricted eating is an easy-to-follow and effective dietary strategy that requires less mental math than counting calories.

‘Intermittent fasting can improve sleep and a person’s quality of life as well as reduce the risk of obesity, diabetes and heart disease.’

The group of researchers published their views as a manuscript, exploring the science behind time-restricted eating, reviewed recent clinical studies into the practise, and the scope for future research to better understand its benefits.

Professor Panda said not following the body’s internal clock, also called the circadian rhythm, could damage people’s health with the body’s genes activated at different times of the day, as well hormone levels and metabolism being varying in a 24 hour period.

‘Eating at random times breaks the synchrony of our internal program and make us prone to diseases,’ he said.

‘Intermittent fasting is a lifestyle that anyone can adopt. It can help eliminate health disparities and lets everyone live a healthy and fulfilling life.’

Fasting diets have been endorsed by various celebrities such as Jennifer Aniston, Reese Witherspoon and Twitter CEO Jack Dorsey, as well as Benedict Cumberbatch.

In October 2019 Jennifer Aniston said she doesn’t eat breakfast and only consumes liquids in the mornings, saving her eating until the final half of the day.

Actor Benedict Cumberbatch is also reported to have used the 5:2 intermittent fasting method to shed the pounds as the title character in the BBC drama Sherlock.

However, the scientific and medical community remains divided over whether intermittent fasting aids weight loss.

In research published last year, scientists from the University of California had a group of 116 volunteers try the celebrity-inspired fasting diet and others eat three meals a day.

The fasting group could only eat between 12pm and 8pm and the other could eat when they wanted, with no dietary restrictions placed on either group.

While both saw a modest drop in their weight, neither was significantly different from the other group — suggesting a daily ‘fasting time’ makes no difference. 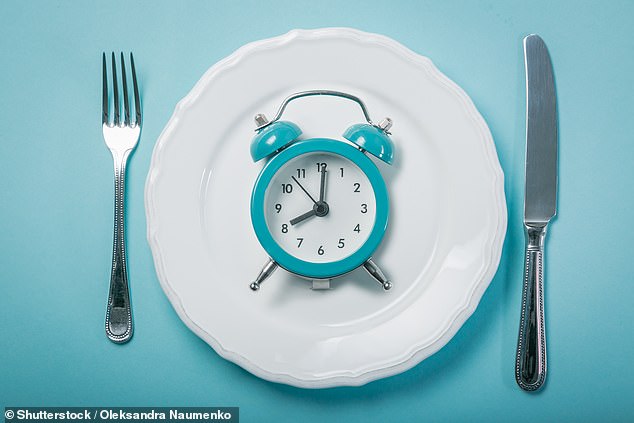 Time restricted eating where people cram their meals into a 6-8 hour window have been popularised by celebrities. Now a team of US scientists say the trend could cut the risk of diabetes and heart and liver disease and should be encouraged as it is easier to stick to than traditional dieting methods

The NHS also warns against following so called ‘fad diets’ and exercise regimes stating they are unlikely to work for long, because these kinds of lifestyle changes cannot be maintained. Once you stop the regime, you’re likely to return to old habits and regain weight.