Inter 2-2 Atalanta: Champions drop points at home for first time in 19 games after Federico Dimarco smashes late penalty against the bar before visitors have goal ruled out

Inter Milan maintained their unbeaten record in Serie A with an entertaining 2-2 draw against Atalanta on Saturday that featured late drama as the champions missed a penalty and the visitors had a match-winning goal ruled out.

A sublime Lautaro Martinez volley put Inter in front after five minutes but Atalanta turned the game on its head before the break with goals from Ruslan Malinovskyi and Rafael Toloi.

Edin Dzeko pulled the hosts level after 71 minutes, before Federico Dimarco’s penalty came off the bar with four minutes remaining and Roberto Piccoli’s last-minute strike was disallowed because the ball went out of play in the build-up.

It was a breathless finish to an end-to-end game that featured 40 shots on goal, the most in a Serie A game so far this season, and the draw saw Inter’s run of 18 consecutive home league wins come to an end.

The result leaves Inter in third place on 14 points, three ahead of Atalanta in fifth but two behind league leaders AC Milan, who beat Spezia 2-1 earlier on Saturday.

The two sides came into the game in contrasting form in front of goal, as Inter scored 18 goals in their opening five league games and Gian Piero Gasperini’s usually free-flowing side mustered only six. 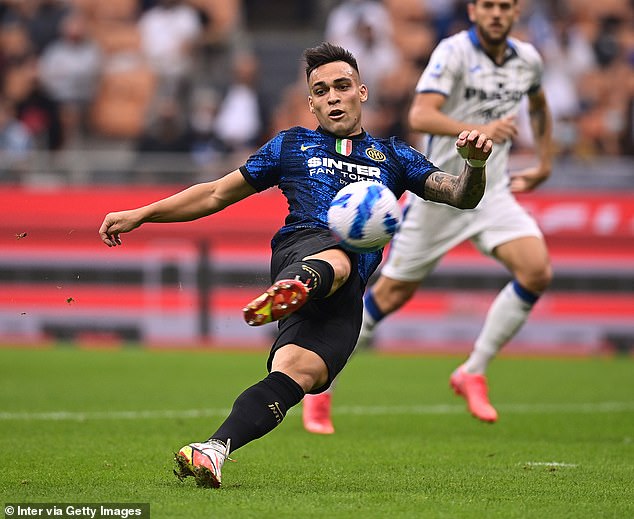 But both sides were determined to attack from the start and Martinez fired a volley into the roof of the net early on from an inch-perfect Nicolo Barella cross.

Atalanta responded well and soon took control of the game as Malinovskyi blasted an unstoppable shot into the far corner from the edge of the box on the half-hour mark.

Eight minutes later, another trademark long-range effort from the Ukrainian was parried by Samir Handanovic but Toloi was on hand to fire in the rebound. 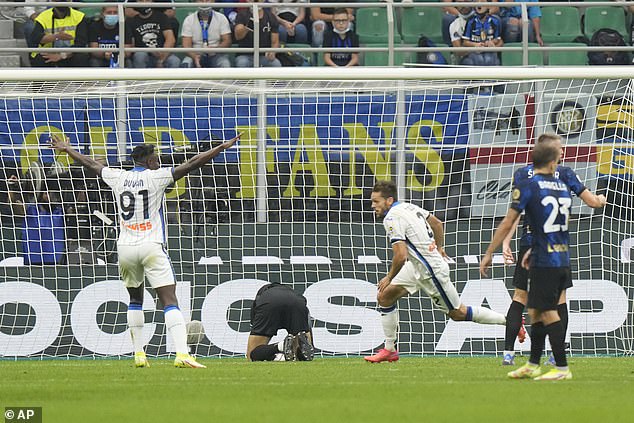 The game did not slow down after the break when a Malinovskyi free kick thumped the foot of the post and Juan Musso was alert to tip a Matias Vecino header over the bar.

Inter wrestled back control and made the breakthrough when Musso saved a Dimarco shot but Dzeko tapped in the rebound, the Bosnian’s fifth league goal of the season.

The hosts had a glorious chance to win it late on when Merih Demiral handled in the box to concede a penalty but Dimarco’s spot kick thumped the top of the bar.

Atalanta thought they had won the game when Handanovic failed to keep out Piccoli’s central shot but the ball had gone out of play earlier in the move and the goal was chalked off.