A consultant working in intensive care has described the decision to let two Stereophonics gigs go ahead at the start of the coronavirus outbreak as ‘downright insane’.

David Hepburn, who made the comment on Twitter, works at the Royal Gwent Hospital in Newport – which has seen one of the highest coronavirus infection rates in the UK outside of London.

The four-piece band sold out both gigs within minutes when tickets went on sale in September – with 15,000 people packing into the Motorpoint Arena in Cardiff over the two nights on March 14 and 15, with fans seeing the band perform as part of their Kind 2020 tour.

Pictures and videos shared on social media from the band’s official Twitter account showed fans singing along in their droves at the venue, despite other major mass gathering events having been cancelled already.

15,000 music revellers took to Cardiff’s Motorpoint Arena to listen to the Stereophonics on their Kind 2020 Tour on March 14 and 15 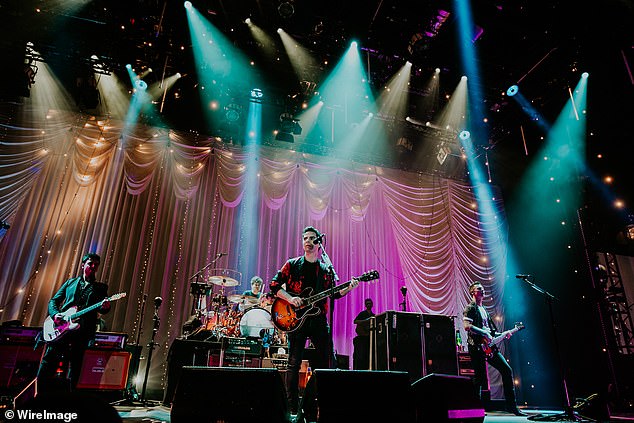 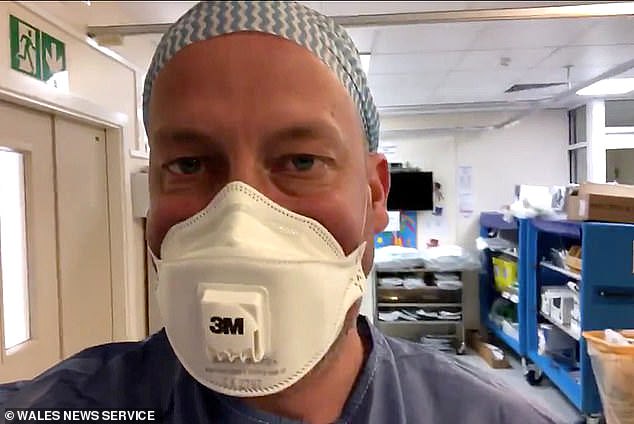 David Hepburn (pictured), who works as an intensive care consultant at the Royal Gwent Hospital in Newport, says the decision to play the gigs was ‘downright insane’

Taking to Twitter to share the mass gathering at the time, the Welsh rock band, who hail from the former coal mining village of Cwmaman, posted a video of their fans attending their show next to the caption: ‘Cardiff in beautiful voice tonight! #stereophonics #Kind2020Tour.’

Wales’ Six Nations match against Scotland was called off and football fixtures including Cardiff City’s home clash against Leeds United were postponed.

Dr Hepburn, who caught coronavirus himself but has since returned to work, said on Twitter: ‘With retrospect, as disapproving as I was at the time, the decision of Stereophonics to play those gigs in Cardiff at the start of the outbreak seems downright insane now.’

After seeing the thousands of fans in attendance, many people responded with anger, calling the decision to let the gigs go ahead as ‘irresponsible’ and ‘selfish’.

Another doctor told WalesOnline that he and his wife sent Facebook messages to Stereophonics urging them to cancel the event.

‘I don’t think we were the only medics to do,’ said the doctor, who had even bought tickets to the March 14 show but didn’t attend. 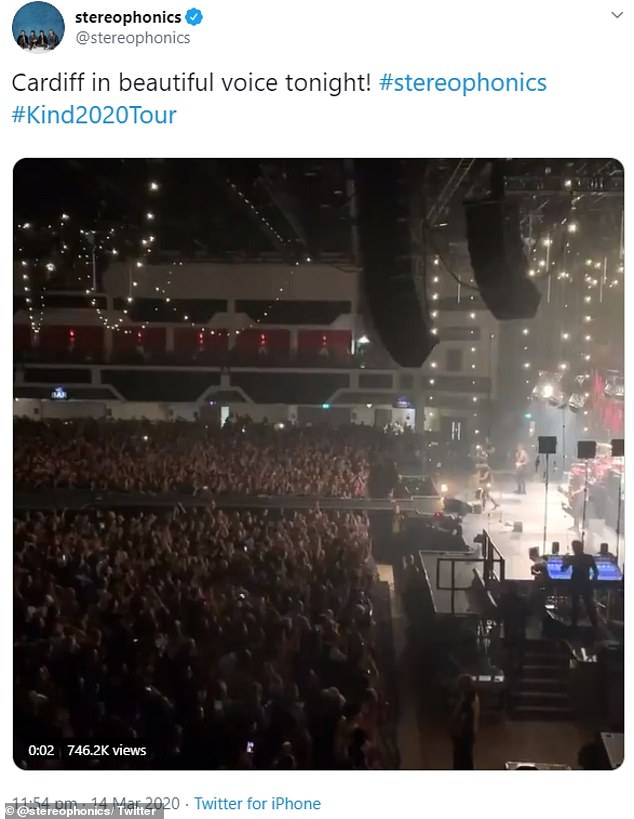 The Welsh band shared a video of their fans gathered at the Cardiff arena next to the caption: ‘Cardiff in beautiful voice tonight’ 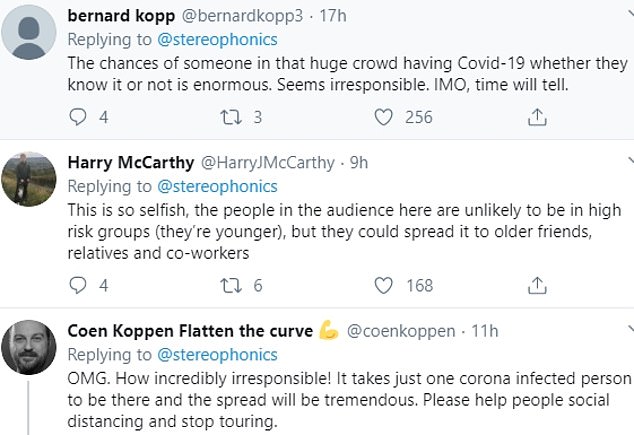 ‘It became really clear in March what was happening [with coronavirus]. You could see that London was already having problems and that it was going to reach us.

‘At that point there were already confirmed cases in Caerphilly and other parts of south east Wales.

‘I’ve been a fan of the band since the very beginning and I have all their albums, so it was hard for me the ask them to cancel their gigs.

‘But to have thousands of people all congregating together like that was just irresponsible.’

The doctor added that he sent an email to the band after the tour had ended requesting his money back, which he would then donate to a Covid-19 charity or cause.

But he said he has heard nothing back.

‘It’s easy to say in hindsight, but they had a responsibility to their fans, many of whom live in areas of Wales where there are a lot of vulnerable people who could be hit hard by the virus,’ he added. 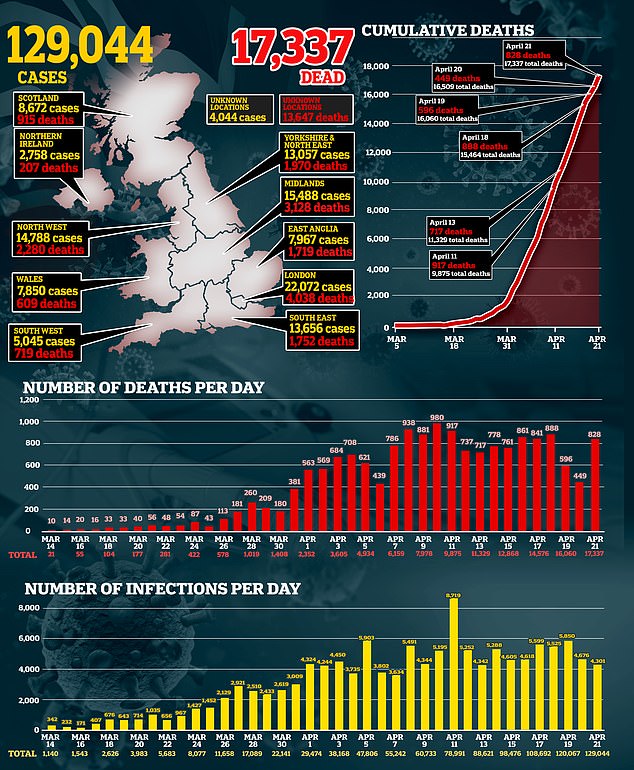 ‘When the band defiantly put their posts from the gig on social media, that was it for me. I will never go and see them again or buy any of their new albums.’

Motorpoint Arena said the decision to go ahead with the concerts was made following close monitoring of guidance by the World Health Organisation, Public Health Wales, UK Government and local public health authorities.

First Minister Mark Drakeford said in a press conference last week: ‘The whole of the UK moved to postpone mass gatherings on the same day. Scotland had announced they were going to a few days earlier but said it would start from the Monday, and the Monday [the Monday after the concerts on Saturday and Sunday] was the day on which the restrictions were introduced across the UK.

‘So we were in no different a position here in Wales than anywhere else, and as soon as the advice was that it was clinically important to shut down major events that’s exactly what we did.’