Generally, people summon an Uber when they just want to get from Point A to Point B — but sometimes, they get some unexpected entertainment with their ride.

Passengers — and drivers — are sharing some of their funniest and strangest stories from Uber rides with the @Overheard Instagram account, transcribing the humorous and sometimes bizarre conversations they’ve listened to while in a car.

Some have caught snatches of phone calls out of context, while others get their anecdotes from friends and couples riding together.

Sometimes, it’s the driver and a passenger having an odd conversation, about everything from Uber ratings to relationships to travel.

The funny Instagram account has nearly half a million followers, and also has some highlight reels for Uber Pools, missed connections, and five-star drivers. 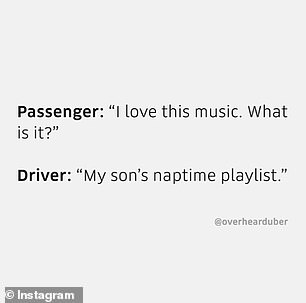 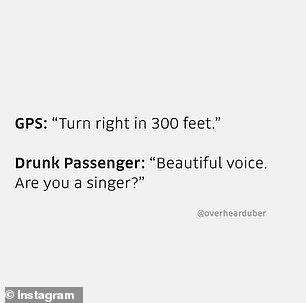 Jammin’! Some are treated to some nice tunes during their ride 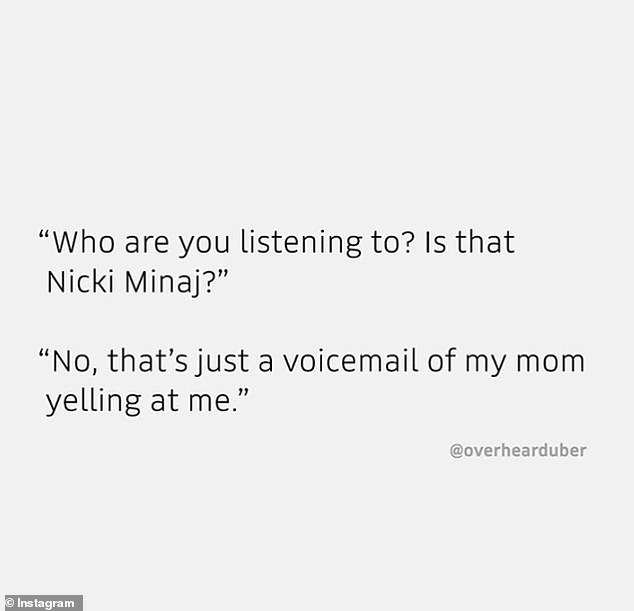 Yelling: Another passenger doesn’t seem to think too highly of Nicki Minaj’s music 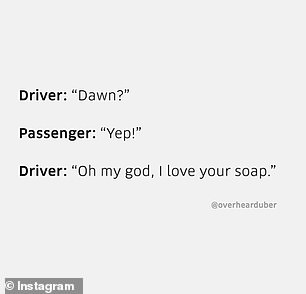 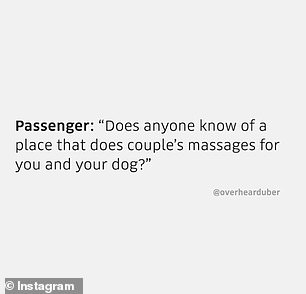 Mixed bag: One driver is good at making passengers feel welcome (left), while a passenger just wanted to pamper their dog (right) 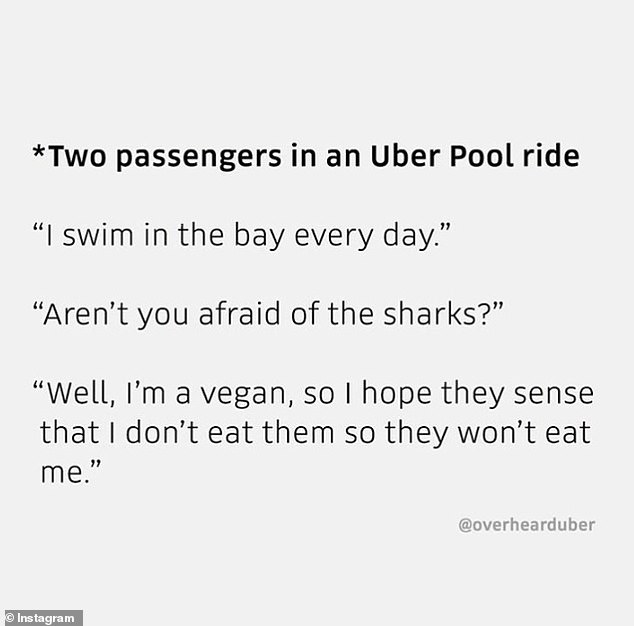 Hope it works! One person overheard a passenger hoping that their morning swim wasn’t dangerous thanks to their diet 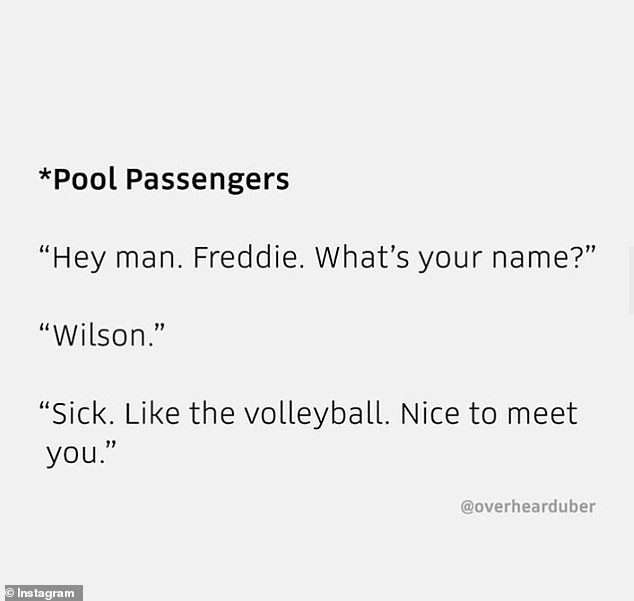 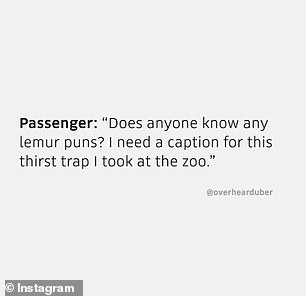 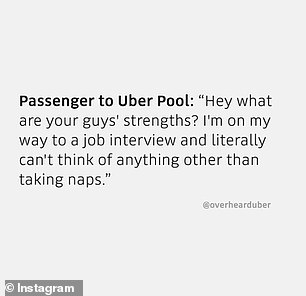 Crowd-sourcing some help: While one passenger asked for assistance with lemur puns (left), another wanted to ace a job interview (right) 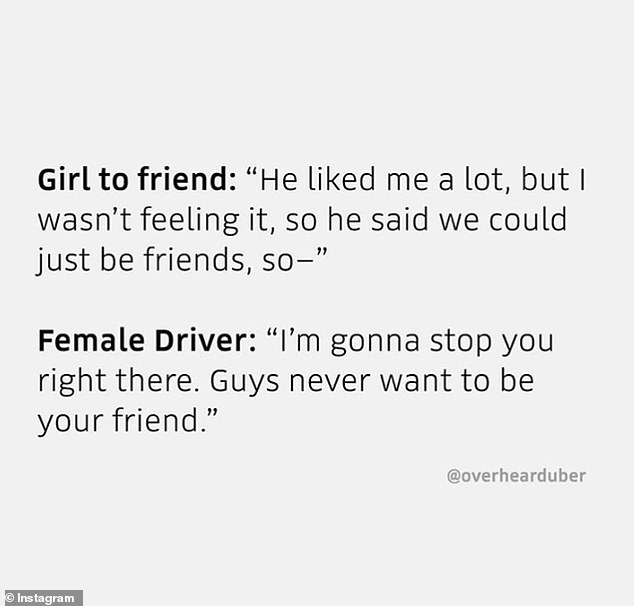 Dating advice: This Uber driver couldn’t help but chime in on a passenger’s guy troubles 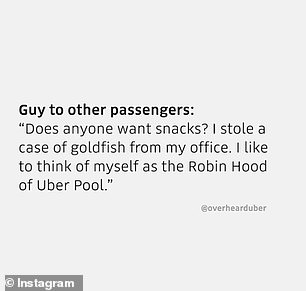 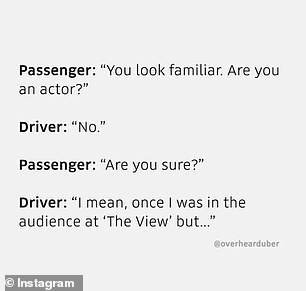 What a guy! One Uber passenger was kind enough to bring snacks for other riders (left), while another is almost famous (right) 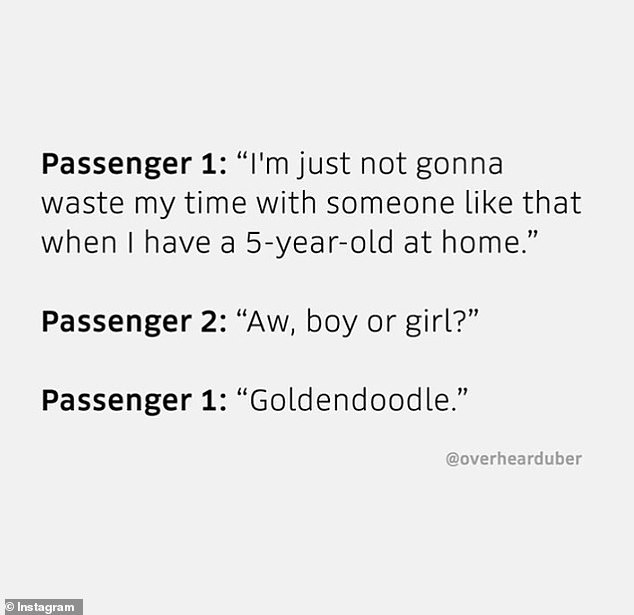 Dog mom: One passenger was overheard talking about a pet like it was a child 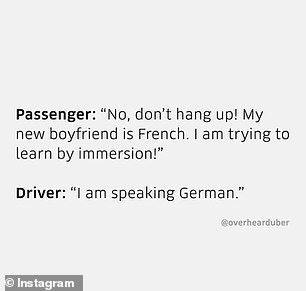 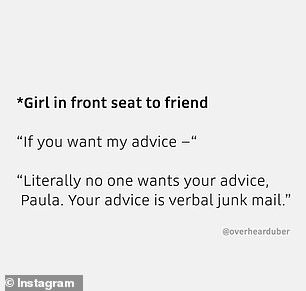 An ear for languages: If this passenger (left) is trying to learn French, she should probably know her ‘oui’ from her ‘ja,’ while this another passenger (right) is fluent in blunt comebacks 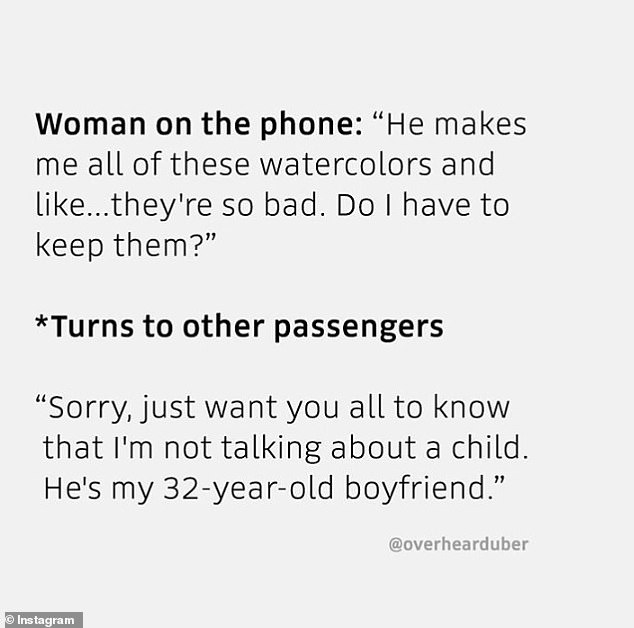 Just to clarify! A woman speaking about sad artwork on the phone didn’t want the other passengers to judge her 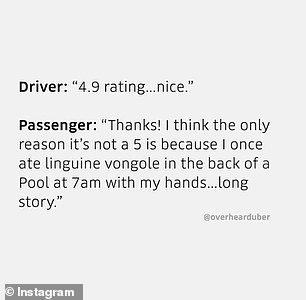 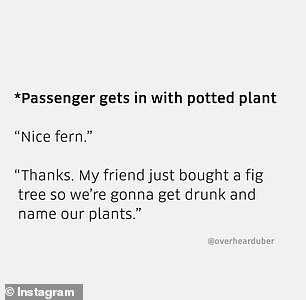 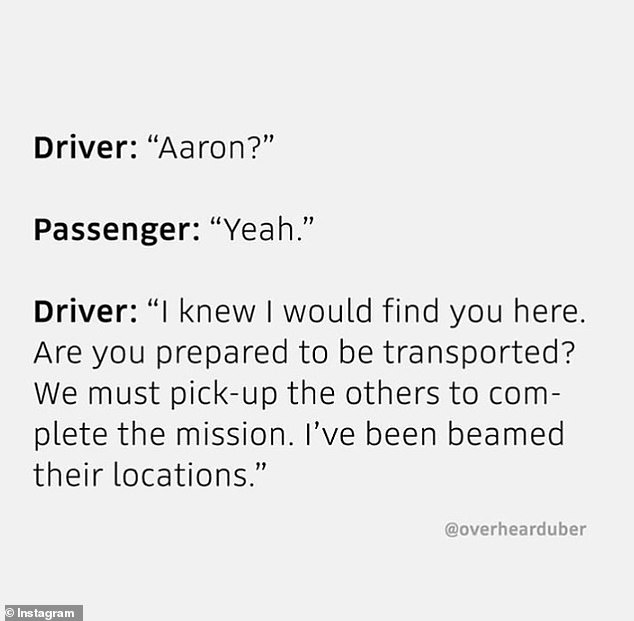 Making it fun: This Uber driver mixed t hings up by turning the ride into a spy mission 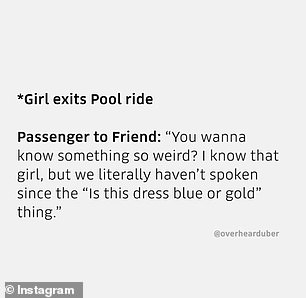 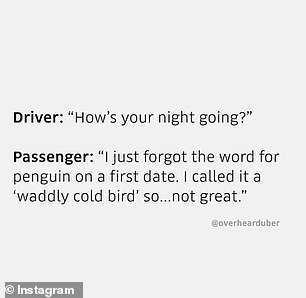 Feud: One passenger (left) rode in a Pool in silence with someone she knew for an awkward reason, while another (right) had a cringe-worthy date moment 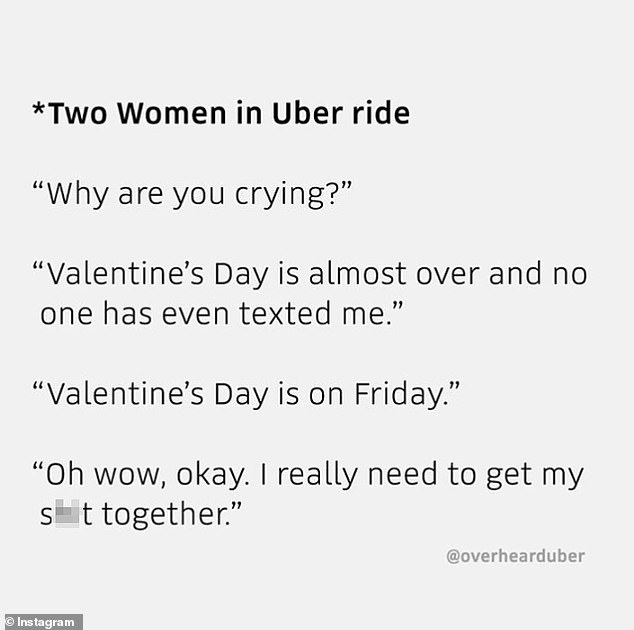 Someone needs a calendar! This person was moping over a lonely Valentine’s Day… days before the holiday