Weddings guests were kicked out of a venue after allegedly refusing to follow coronavirus rules – with footage showing guests packed together on the dance floor.

Revellers at The Renaissance wedding venue in Lidcombe in western Sydney were asked to leave on Sunday night after allegedly failing to abide by the venue’s COVID-safe rules.

Handheld vision from the event showed guests flouting social distancing measures as they danced to music, filling the dancefloor along with the bride Nazife.

Weddings in New South Wales are allowed to have up to 150 people attending, but guests must keep four metres apart at the service and should stay at least three metres away from performers at the reception.

Other COVIDSafe guidelines include only allowing the bride and groom on the dance floor and only allowing people to drink alcohol when seated.

The bride Nazife (pictured) is seen ahead of the raucous wedding party at The Renaissance in Lidcombe, western Sydney on Sunday night. The venue kicked guests out after they ‘refused to follow its social distancing rules’

Footage showed revellers packing the floor, and standing close to a singer on stage as they jumped up and down to the music.

The guests were then removed from the venue by management.

A spokeswoman for the venue told Daily Mail Australia the bride and groom were ‘very upset’ about guests being told to leave, but declined to comment further.

Earlier in day, Nazife and her groom Patrick arrived in lavish Rolls-Royce Phantoms and posed for pictures in Sydney’s Circular Quay before travelling to the reception venue.

The MC at Sunday’s wedding John Alten appeared on Triple M’s podcast The Briefing earlier this week on an episode of ‘The Fun Police: are COVID Marshals ruining weddings?’

‘I’ve got to act like the fun police in some cases,’ he said. ‘From my perspective it is important these restrictions are re-iterated constantly – people’s health is paramount.’ 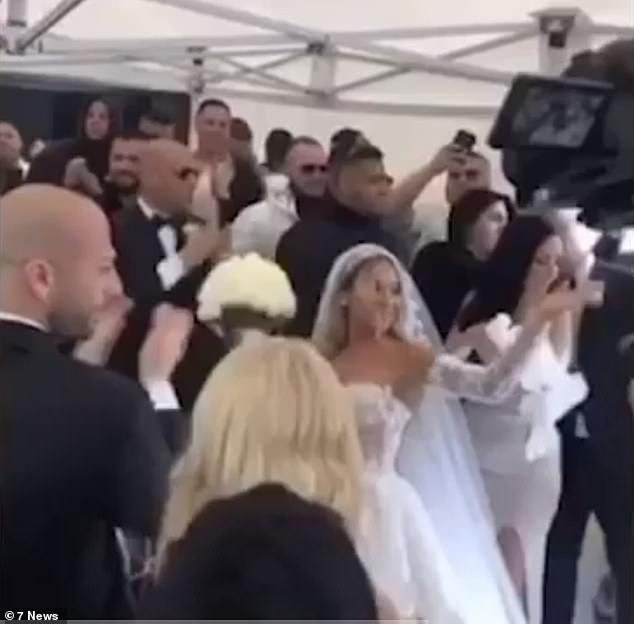 Video from the western Sydney event showed guests (pictured, with the bride) flouting social distancing measures as they danced to the music

Australian Deputy Chief Medical Officer Michael Kidd said the scenes at the wedding were ‘beyond disappointing’ and could put ‘lives at risk’.

‘It’s really unacceptable that people are not taking this incredibly seriously,’ he told Sunrise.

‘We can have people who have no symptoms or very mild symptoms who are still very infectious to other people.

‘Lives are at risk when people breach rules and regulations that are put into place to protect us all.’

The wild scenes, which come as the number of fines issued by the NSW government’s Department of Customer Service rises to a total of $152,500,  prompted Premier Gladys Berejiklian to deliver a warning to the state’s venues.

‘Compliance is critical,’ she said. ‘If we don’t see a greater uptake in the next little while – we will consider further measures.’

The Garry Owen Hotel in Rozelle in Sydney’s inner-west was this week singled out as the ‘worst pub seen so far’ for COVID safety breaches. 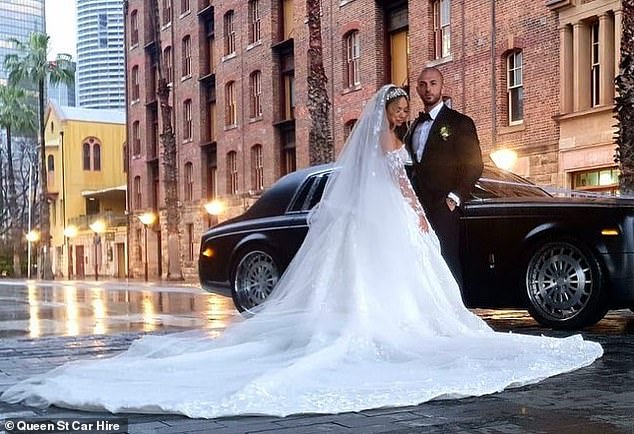 The bride and groom (pictured earlier on their wedding day) were ‘very upset’ about guests being told to leave, a venue spokeswoman told Daily Mail Australia 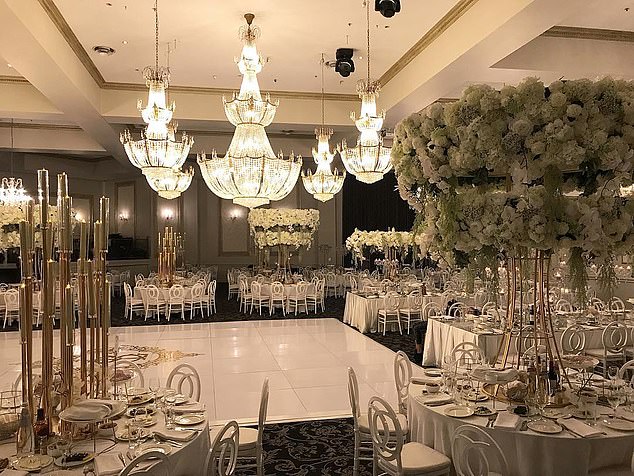 Pictured: The Renaissance function centre in Lidcombe. Weddings in New South Wales are allowed to have up to 150 people attending but with strict social distancing in place

The pub was issued with two fines worth a total of $10,000 for what the NSW government called a ‘complete disregard of mandated COVID safety measures’.

‘The list of breaches grew from there. In fact the venue was essentially being operated as though there were no restrictions in place,’ Liquor & Gaming NSW Director of Compliance Mr Argeres said.

Offences included the business not being registered as COVIDSafe, not having an up-to-date COVID-19 Safety Plan, not enforcing sign-in procedures and a lack of hygiene processes.

Inspectors also observed physical distancing not being enforced and customers standing and mingling while drinking.