Daniel Johns’ no holds barred attack on his former bandmates on Wednesday night had the punch of a Silverchair grunge classic.

They were ‘bitter, jealous, angry’, he told The Project’s Carrie Bickmore.

If Silverchair fans had any illusion of the legendary Newcastle rock band reforming, they would be sorely disappointed by Johns’  brutal TV takedown.

In just a few words, the troubled frontman revealed the extent of his crumbling relationship with Chris Joannou and Ben Gillies, who as 15-year-olds took the world by storm with their debut album Frogstomp.

The band would go on to sell more than 10 million albums and win the most ARIA music awards in its history.

It is not the first time Johns has taken aim at his former bandmates since the trio parted ways in 2011, but it was easily the most pointed.

He singled out Gillies, saying the ex-Silverchair drummer was ‘jealous’ of his solo success and had a ‘real problem’ with his fame, while both of his former bandmates ‘never come and see him’.

Now based in Newcastle and Melbourne respectively, Joannou and Gillies have remained largely silent since the demise of Silverchair but friends of the pair say they are ‘bemused’ by Johns’ recent statements.

Johns slams both of his former bandmates and singles out Gillies, saying the ex-Silverchair drummer is ‘jealous’ of his solo success. 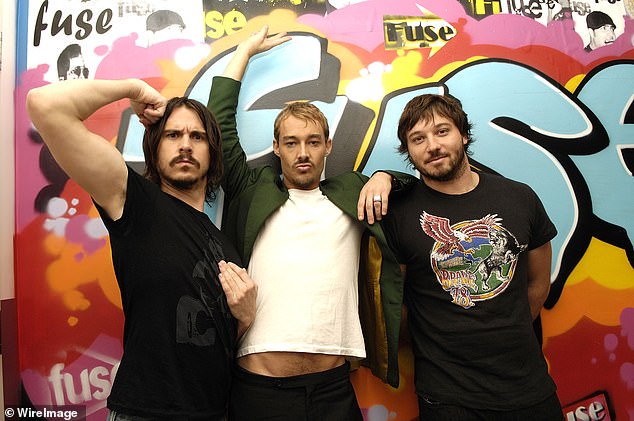 Johns’ attack comes after Gillies posted some rare commentary about Johns on social media in a now-deleted post, with the drummer taking aim at Johns’ ‘genius’ tag.

Gillies, who is married to Real Housewives favourite Jackie Gillies and the father of twin boys, wrote that he ‘reserves the term genius for Einstein and Mozart’ and claimed that without orchestration from other people Johns’ songs were ‘simple’.

The post seems to have enraged Johns who has already made some stunning claims about the former band members in recent weeks – including that he had invited both to collaborate on his recent solo album – but they refused.

Johns also stated in a November episode of his podcast, Who Is Daniel Johns?, the decision to end the friendship laid squarely with Gillies and Joannou, adding: ‘I wanted to remain friends, but I didn’t want to remain in that band. Unfortunately they thought it was one or the other’. 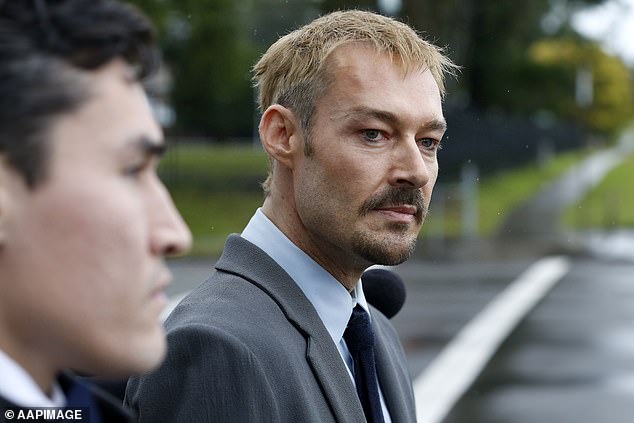 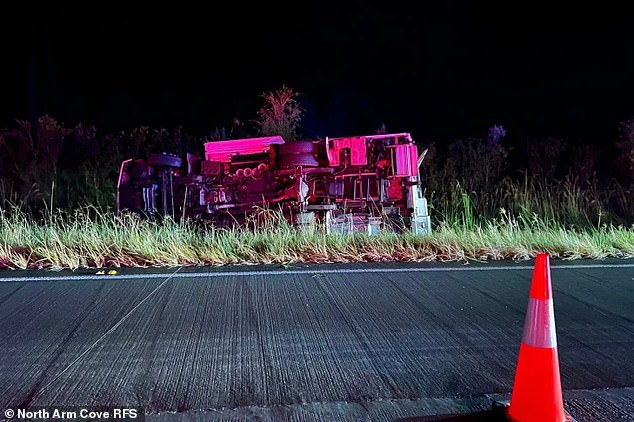 Neither Joannou or Gillies have confirmed this.

‘I don’t have any bad feelings, but I know. I know bitterness and I know jealousy,’ Johns fumed during his appearance on The Project.

‘One of the guys in particular has taken a real shining to kicking me while I was down and while I was in rehab and stuff.

‘Saying I was exploiting mental health to sell records or something along those lines.’

‘They’ve not shown me any respect. Me and Chris have a very passive relationship,” he said.

‘Ben, for some reason has a real issue with me being successful without him. That’s sad because I wish him all the best honestly, but unfortunately he doesn’t want me to branch out.’ 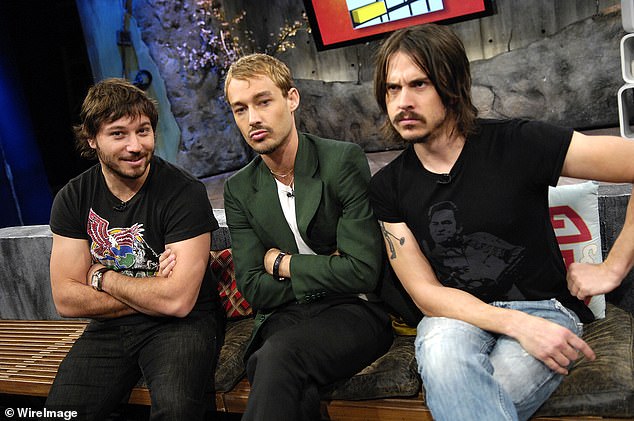 ‘They’ve not shown me any respect,’ JOhns says of former bandmates 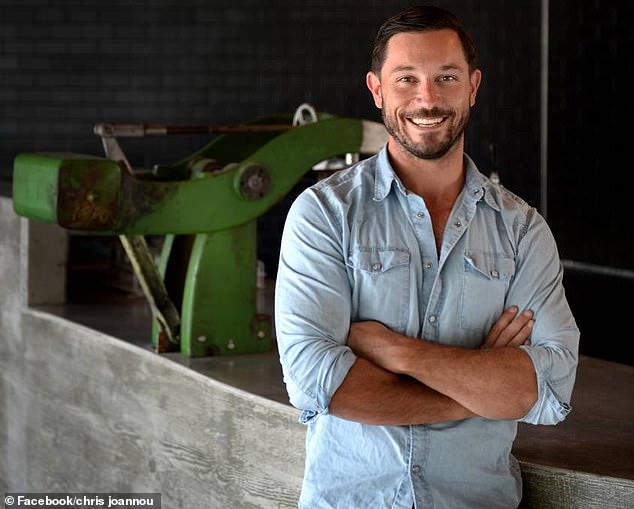 Joannou operates The Edwards bar and restaurant in Newcastle

The Daily Mail Australia has contacted both Joannou and Gillies for comment regarding Johns’ latest claims, however neither is yet to speak publicly about Johns’ recent media appearances.

But sources close to the pair have offered an insight, saying they had ‘cut ties’ with Johns long ago and had ‘basically moved on’.

‘I think the fact that neither have felt the need to comment on any of this…their silence speaks volumes,’ said one music industry insider who is familiar with both men.

‘Chris in particular is not the kind of guy to engage in any of this kind of public sparring.

‘He goes about his business in a very quiet and measured way.

‘Obviously after the car crash, there were concerns amongst everyone who has known Daniel.

‘But in terms of engaging in that world….Chris, and Ben for that matter, are so far removed from that now.’

‘There is enough distance between Chris and Daniel now I think it’s the furthest things from his mind,’ they said.

Now a successful bar and restaurant operator in Newcastle, Joannou is married to wife Karissa and the couple have two small children.

The lifelong Novacastrian rarely gives interviews but opened up to the ABC’s Craig Hamilton back in March when he talked about his appreciation for a ‘more quiet life’. 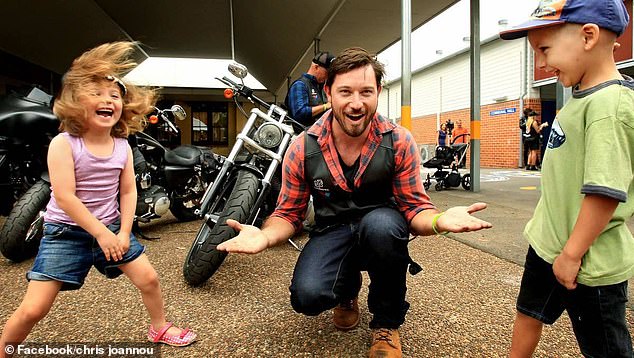 ‘So far removed’. Father of two, Joannou remains living in his hometown 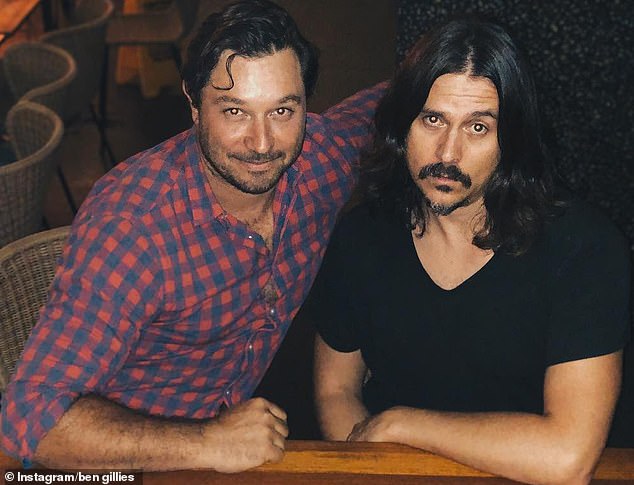 ‘Still tight’. Chris and Ben remain close friends despite the fallout with Johns

‘I guess… post the band being quite active, I have shifted into a different phase in life I guess,’ Joannou said.

‘I’m a bit more behind the scenes in things that I do, rather that out front.’

The ex-Silverchair bassist, who grew up on the same street as Gillies in Newcastle and remains close to the drummer, reflected on the band’s early days and his early relationship with Johns.

‘Look he definitely had a raw talent and yeah there was definitely something very unique about him and then when you put it all together in a room and this thing would just happen…it was one of the greatest feelings,’ Joannou said.

Silverchair got their initial break in 1994 when they signed by Sony Music subsidiary Murmur Records.

They went on to record their debut album Frogstomp which sold four million copies and topped the charts in Australia and New Zealand.

Of their eventual split in 2011, Joannou described the decision to go their separate ways as a mutual one and one that all band members were in favour of.

‘There were definitely moments (throughout the band’s lifespan) that were, for each individual at different timers, very testing,’ he said.

‘But we just reached a point where we were interested in exploring things on our own outside of Silverchair. And thats sort of where we are at now.’