Jerome Laxale, 38, is the member for Bennelong

A rookie Labor MP embroiled in a nude selfie saga insists there was no relationship with a young childcare worker.

She tells a different story.

The drama erupted when the Daily Telegraph on Thursday detailed sensational claims the new member for Bennelong, Jerome Laxale, had allegedly failed to delete naked photos she had sent to him during an alleged ‘intimate online relationship’.

The woman, 27, demanded Prime Minister Anthony Albanese investigate after being told her private photos had allegedly been seen by Liberal staffers.

The accusation, coming less than two weeks after Mr Laxale’s election victory in ex-PM John Howard’s old seat, has cast a shadow over the newly-minted MP and thrust the treatment of women in politics back into the spotlight.

In her version of events, she met Mr Laxale at a Labor Party function in 2018, before they mutually decided to pursue their year-long ‘intimate, online’ relationship in October 2020 using encrypted messaging app, Signal.

Messages sent using Signal are encrypted so they can’t be read by a third party. The app also has a ‘self-destruct’ feature, which means some messages disappear after a period of time.

She claims the 38-year-old asked her for the photos, however, a source close to Mr Laxale told Daily Mail Australia the photos were ‘unsolicited’ and he never had a relationship with the woman. 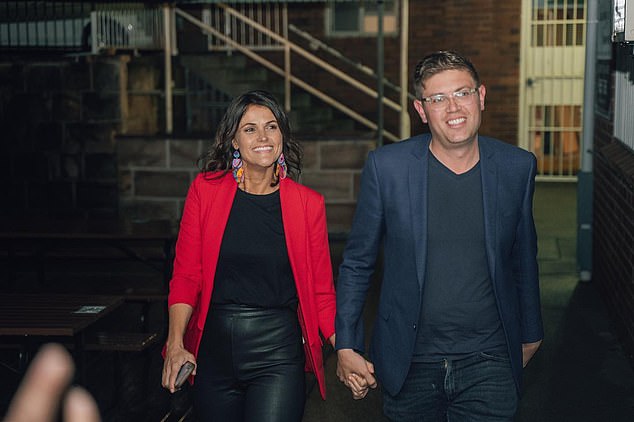 It is understood that the woman approached Jerome Laxale and his partner, Jo Taranto (pictured together), about the images

‘He cut off all contact when [she sent the photos] – there was no “relationship”,’ the source said.

The woman also contacted Mr Laxale’s partner, Jo Taranto, about the photos after the federal election.

‘But he can’t speak because there’s an investigation underway.’

Mr Laxale claims he blocked the woman on social media after she sent the photos.

The 27-year-old, who said the couple had an ‘amicable’ breakup in November 2021, claims she was blocked when she asked why a Liberal Party staffer claimed to have seen her nudes during the election campaign. 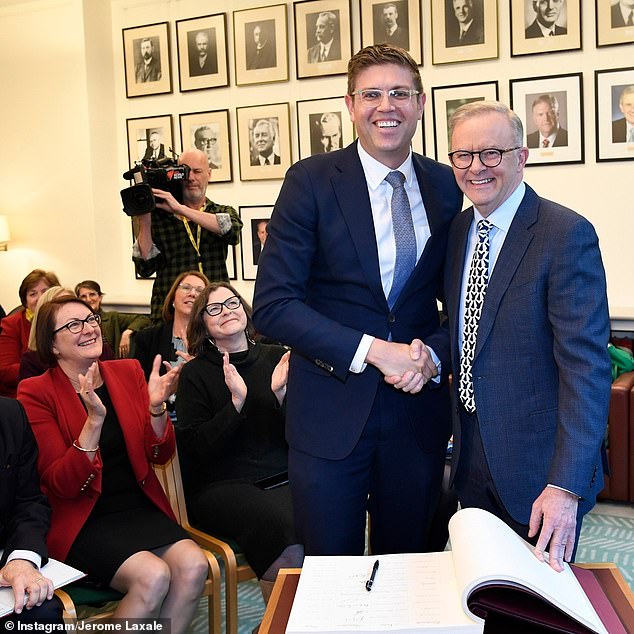 Jerome Laxale won the seat of Bennelong during the federal election in May. He is pictured with Prime Minister Anthony Albanese 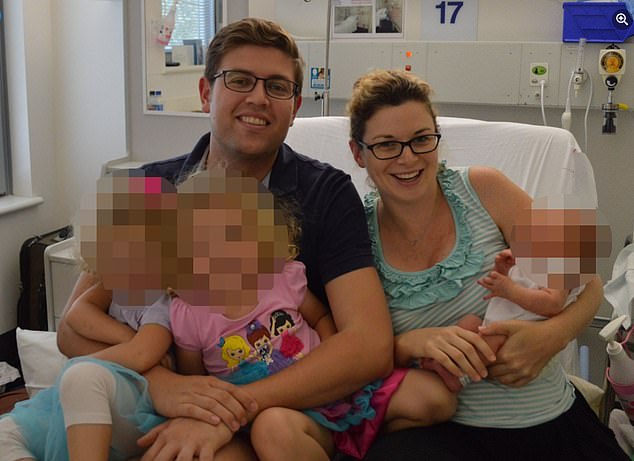 Jerome Laxale has three children with his ex wife, Karyn (pictured together following the birth of their son)

She lodged a formal complaint with NSW Labor after the election, but said the party gave her the rule book so she could ‘make an informed decision about how your would like your complaints to be dealt with’.

Ultimately, she said she felt as though the issue had been swept aside.

A Labor NSW spokesman said the party ‘takes all complaints very seriously and treats them with the utmost confidentiality.’

Labor NSW has launched an investigation into the woman’s claims but, with two very different versions of events, it is unlikely both parties will be happy with the outcome.

Mr Laxale won the seat of Bennelong on May 21 by just 1600 votes following a 9.2 per cent swing against the Liberal Party. 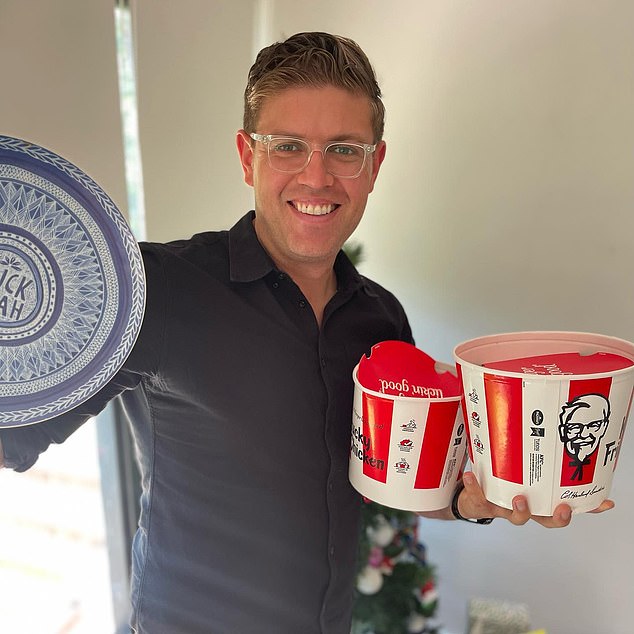 He is first-generation Australian – his parents were born in Mauritius and Reunion, two French-speaking island nations off the east coast of Madagascar.

Prior to running for the seat of Bennelong, he was forced to renounce his French citizenship – proudly posting a picture of his Australian citizenship certificate on Twitter.

Mr Laxale’s ex-wife Karyn, who works in public affairs and is mum to his three kids, supported his campaign ahead of the NSW state election in 2019 – handing out flyers to businesses on the streets in Bennelong, but they announced their split soon after.

He became treasurer of Local Government NSW in 2019 – the year he met the young woman embroiled in the nude photo claims.

He is currently dating Sydney-based motivational speaker and mother-of-two, Jo Taranto, who publicly supports his campaign.