Australia’s newest betting agency Betr launched in a flurry of hype and controversy just weeks before the Melbourne Cup.

Desperate to grab market share from rivals TAB and Sportsbet, it took an outrageous risk offering 100-1 odds on every horse, even hot favourite Deauville Legend.

Gold Trip’s storming victory on Tuesday meant the NewsCorp- backed firm dodged a disastrous $50 million payout, but not everyone is happy with the stunt.

Betr is now facing fines from the gambling regulator and the wrath of furious punters who claim their accounts were deactivated so they couldn’t collect their winnings.

But no one who wants to see the upstart agency fail should bet against its man at the helm – arguably Australia’s most successful betting pioneer, Matthew Tripp.

Matthew Tripp (pictured with his family) is the founder of Australia’s newest betting agency, Betr 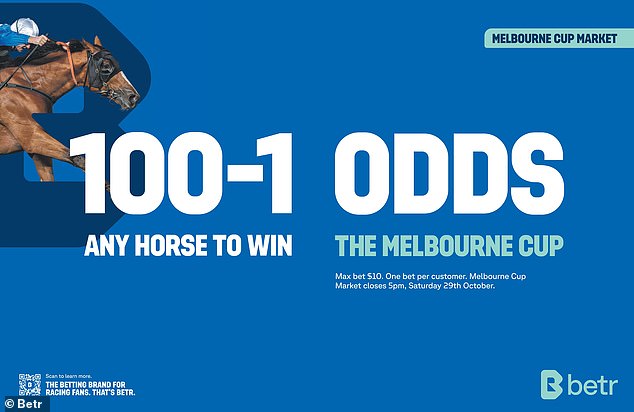 Desperate to grab market share from rivals TAB and Sportsbet, it took a huge risk offering 100-1 odds on every horse, even hot favourite Deauville Legend

He then snapped up BetEasy for $6 million and sold it twice, first with a 66 per cent stake to James Packer’s Crown in 2014 and then to The Stars Group in 2019.

When Mr Tripp took it on, the company had just 20,000 punters signed up. When TSG snapped it up, it was valued at $1.255 billion and Mr Tripp walked away with $94.5 million for his last stake alone.

Despite being a diehard AFL fan, he weeks later became executive chairman of the Melbourne Storm NRL team, in which he had long owned a 12.5 per cent stake.

Making noise with a huge risk like Betr’s Melbourne Cup stunt is nothing new to its hard-charging founder, who wagered $1 million on Hawthorn to win the 2008 AFL Grand Final – and won. 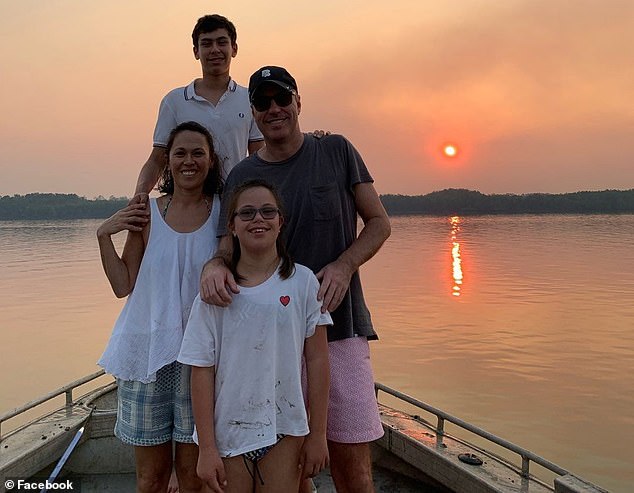 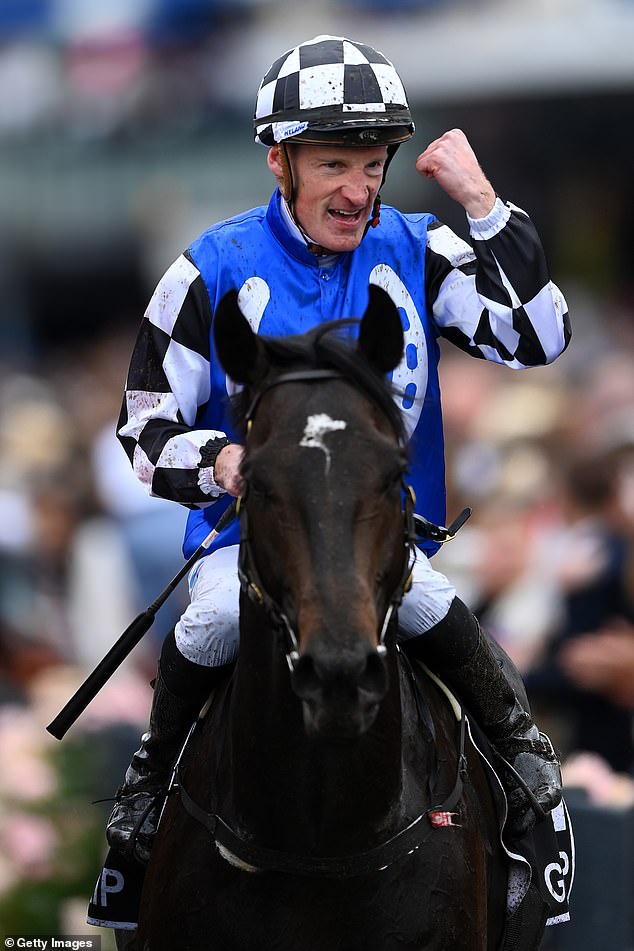 In the 2022 Melbourne Cup, Gold Trip stormed home at Flemington to win

Betr was so worried about paying out on Deauville Legend that it hedged millions with other bookmakers and offered punters $150 to cancel their bets.

But after Gold Trip crossed the line, Mr Tripp was hailing the launch as a masterstroke and one of the most successful of all time.

‘It’s been literally the talk of every pub and bar in the country,’ he said after 300,000 punters signed up in just two weeks. 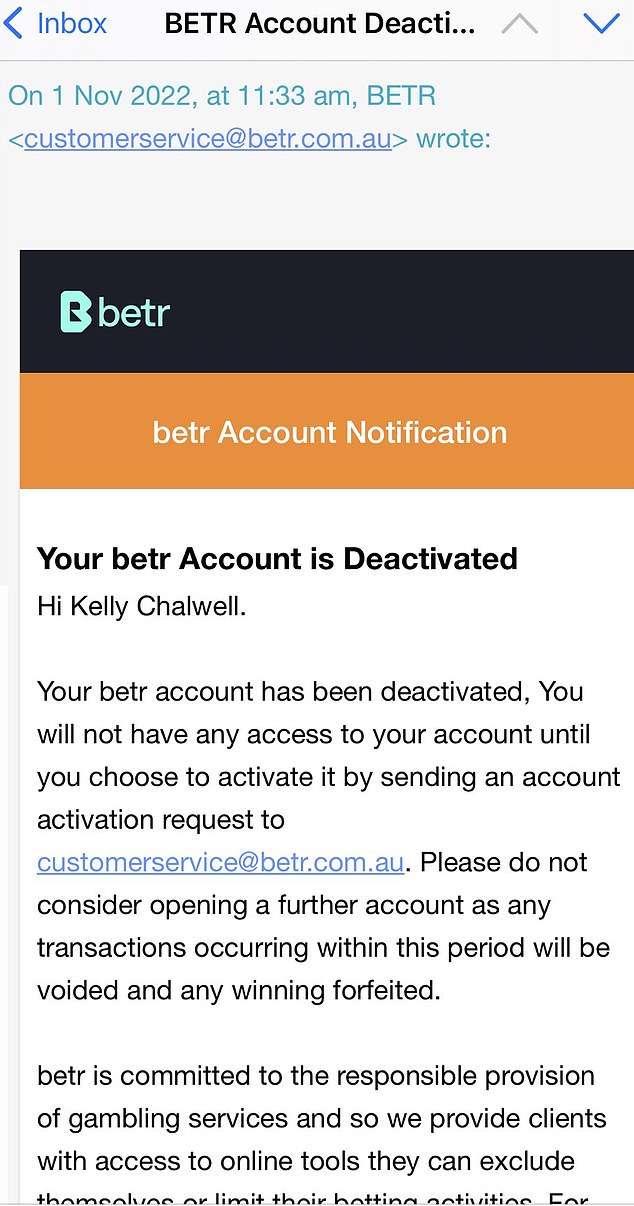 Just 23 minutes before the race got underway she received an email that read; ‘Your betr account has been deactivated. You will not have any access to your account until you choose to activate it by sending an account activation request to cutomerservice@betr.com.au’