The infuriating moment a woman harasses a journalist waiting in line for a coffee before kind baristas step in and defend her has been caught on video.

ABC regional reporter Melanie Groves shared the clip to Twitter on Thursday afternoon saying she had been approached by the customer at a Coffee Club in Mackay, Queensland.

‘Today this kind lady had some words for me in line. Big thanks to the staff for defending me and calling security.’

In the clip a barista can be heard off camera asking the woman to stop harassing her customer.

‘I’m a customer too,’ the flip-flop wearing woman fires back.

‘And I was just saying that the ABC spreads lies and she’s part of a company that is peddling lies,’ she continues.

Just FYI I’m a 29 year old journo who reports primarily on rural issues and the environment. Today this kind lady had some words for me in line at the @Mackay_Coffee. Big thanks to the staff for defending me and calling security pic.twitter.com/earfmpO9f2 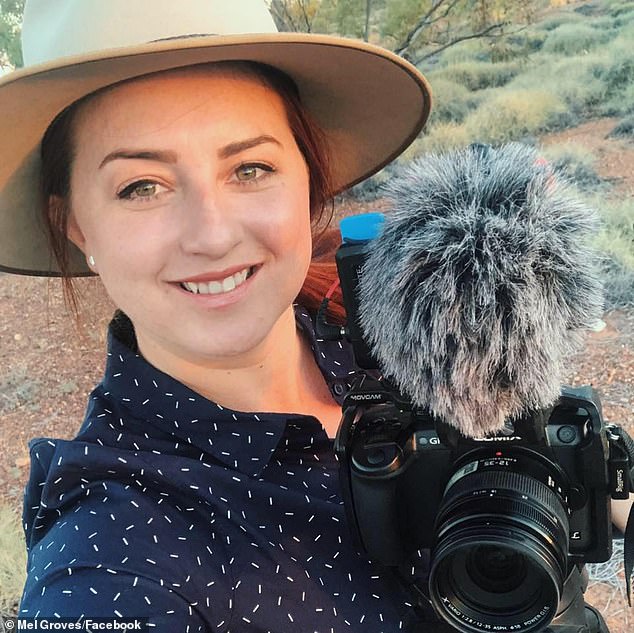 The barista then tries to explain to the woman that Ms Groves is an employee and is not deciding the ABC’s reporting agenda.

The customer then ignores the staff member and turns back Ms Groves asking her: ‘Do you understand what I’m saying?’

Ms Groves tells her she is entitled to her opinion. 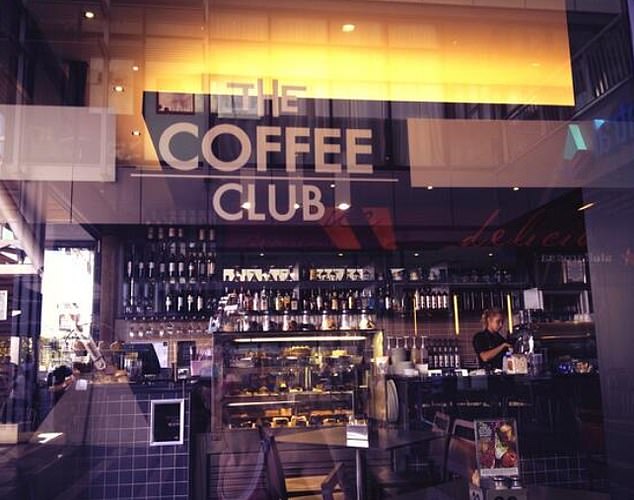 ‘Everyone knows,’ the woman exclaims before taking a big step towards Ms Groves – at which point another staff member steps in.

‘I’d like you to leave, security is on their way,’ the staff member says.

‘Whatever. I’d like to not give you my money,’ the woman replies before walking out of the coffee shop still holding the menu.

‘Thanks for your thoughts,’ the staff member calls. 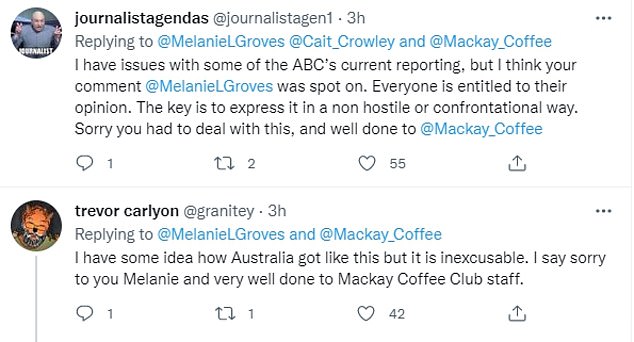 Ms Groves explained that before the video begins the woman had been harassing her for about a minute saying vaccines were deadly and that the ABC should be done for ‘domestic terrorism’.

The exchange sparked a flood of comments underneath the video with many showing their support for Ms Groves.

‘Noone should be bullied like this while going to get a coffee,’ one person said.

‘God so sorry you had to deal with that. On a more positive note if I’m ever in Mackay I’m going there for coffee because those staff members were legends,’ another said.

‘Well done for remaining so composed,’ a third added.

‘I’m visiting Mackay next week for a few days & will be after coffee. I know where we’ll be getting ours now,’ a fourth said.