India’s Prime Minister Narendra Modi is set to extend the world’s biggest coronavirus lockdown by a fortnight amid a rising death toll.

A three-week lockdown had been due to end on Tuesday, but several chief ministers  from India’s 29 states and territories have been pressing Modi to prolong restrictions for the 1.3 billion population.

Two states – Odisha and Punjab – have already extended the lockdown by around two weeks, but critics say a nationwide policy is needed to stop people moving between states and potentially taking the virus with them.

As medics wheel a patient to a ward in Mumbai, pictured, India has reported about 7,500 cases and 240 deaths from coronavirus 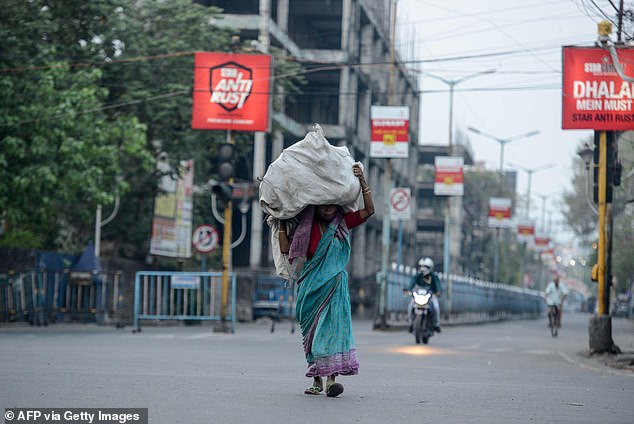 A homeless woman carries firewood as she walks on a deserted street in Siliguri, India, pictured 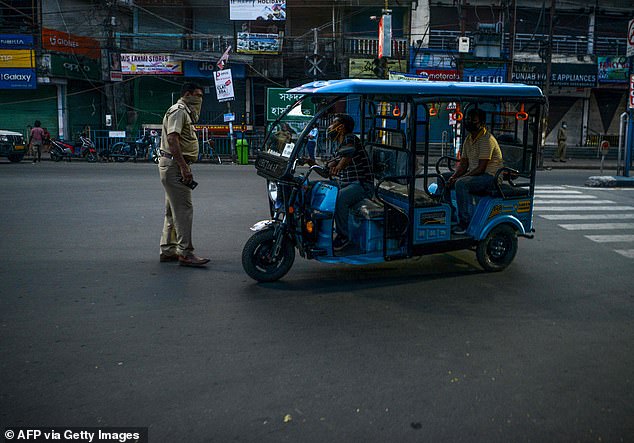 Police officers have been making checks on motorists, pictured, as part of efforts to limit movement across the country

India has so far reported about 7,500 cases and 240 deaths. But the government says there is no community transmission.

Delhi’s chief minister Arvind Kejriwal said on Twitter after the talks that Modi has taken the ‘correct decision’ to extend the lockdown.

‘Today, India’s position is better than many developed countries because we started (the) lockdown early. If it is stopped now, all gains would be lost.’

Other ministers who took part in the video conference talks on Saturday told media the lockdown would go on for another two weeks.

The government made no immediate announcement and officials said Modi may not make a statement until Sunday.

According to reports, the Hindu-nationalist government is worried about the impact of the restrictions and ban on international flights on the economy, which was slowing even before the pandemic crisis blew up. 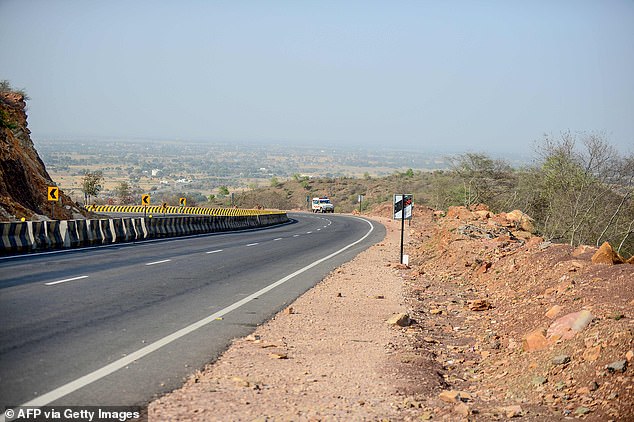 The streets of India have been empty, pictured, since a nationwide lockdown was ordered three weeks ago 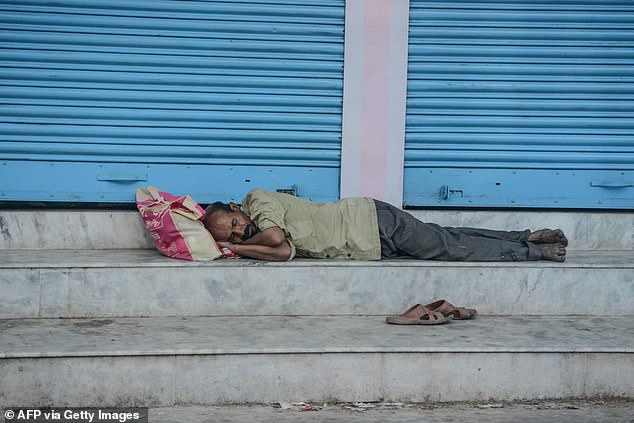 A homeless man sleeps in front of closed shops in Siliguri, pictured, with the government set to extend the lockdown by another fortnight 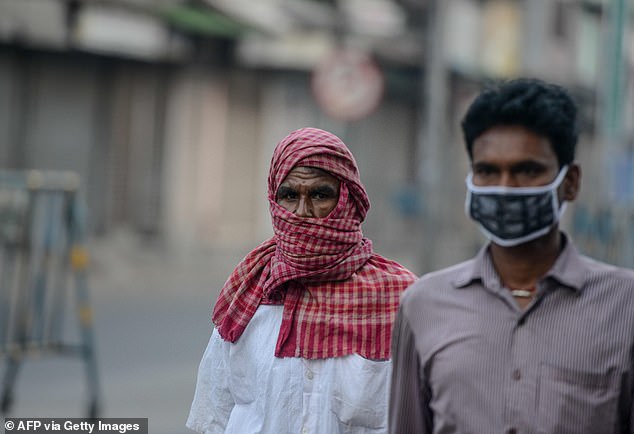 People protect themselves with face masks, pictured, amid fears of a rising death toll in the country

Millions of people have lost jobs in the past three weeks and the lockdown sparked a mass migration as workers headed for their home villages.

Every state has now declared a coronavirus case, but Maharashtra, which includes the financial capital Mumbai, has been among the worst hit. The western state has more than 1,600 cases and more than 110 deaths in India’s total.

The coronavirus is spreading alarmingly in Mumbai’s Dharavi district, one of Asia’s biggest slums.

Mumbai council spokesman Vijay Khabale-Patil told AFP that more cases had been uncovered at ‘extensive medical camps in Dharavi and other areas of Mumbai to test more people.’

He said there were now 28 cases in the slum and three people have died there.

The capital, Delhi, has also seen a growing toll with more than 180 cases declared on Friday, taking the total to 865.