This is the astonishing moment a line of drivers reversed the wrong way along the entrance ramp to a highway because of a massive traffic jam.

Motorists on Long Island, New York were faced with delays on April 19 and instead of waiting in line, several decided it would be better to illegally cut the queue.

Once one driver decided to exit the highway, several others followed in quick succession.

Several motorists in Long Island, New York risked a $120 fine after they reversed down the on ramp of a highway to avoid a massive traffic jam 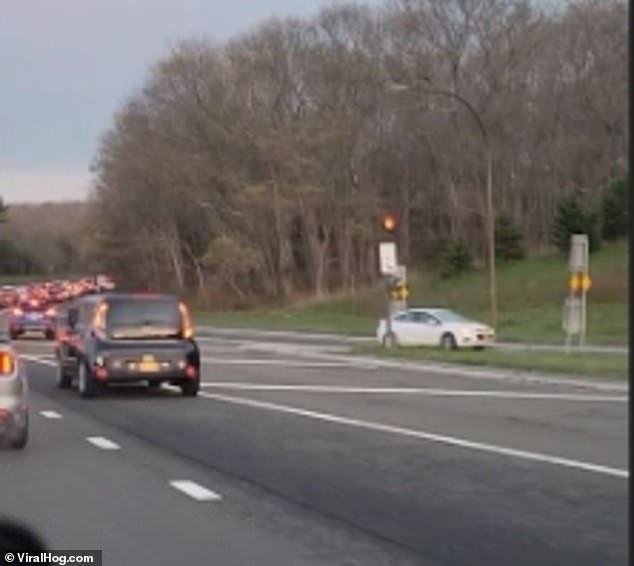 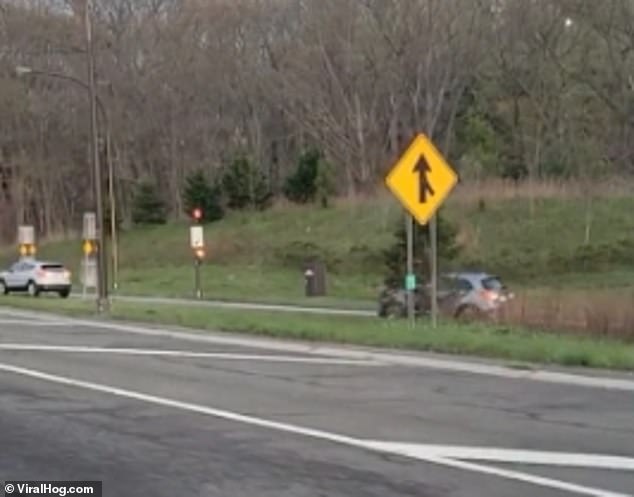 One motorist even thought it would be better to swing around and drive against the oncoming traffic to exit the highway due to their inadequate reversing skills.

A witness who filmed the poor driving wrote: ‘When these people encountered traffic on a highway, all rules went out the window and it was a free for all.

‘People were reversing back up one-way entrance ramps to a parkway and straight-up going against the traffic flow to escape traffic.’

The motorists reversing up the on ramp risk a two-point moving violation and a $120 fine.

On social media, people have condemned the drivers. One person wrote: ‘I just love how those people backing up slow instead of just driving like normal.’

Another said the traffic delay was due to ‘the cops dealing with an accident’.

A third criticised the drivers for their lack of common sense.